Can you trust the ‘farmer’s voice’? It depends 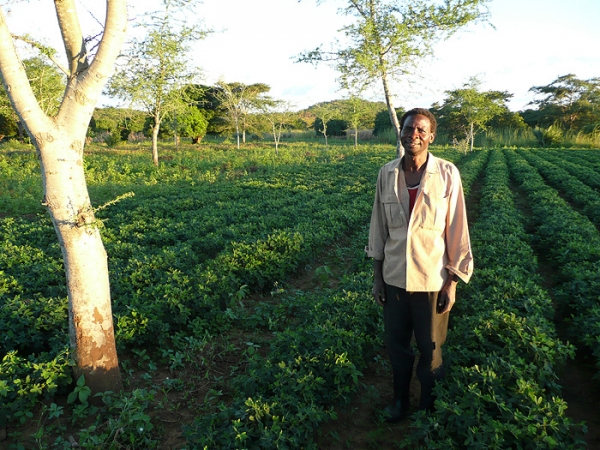 Claims about farmers’ opinions on contested agricultural technologies, such as genetically engineered (GE) seeds, are often leveraged to support the positions of those on a particular side of the debate. Similarly, the “farmer’s voice” is often used in marketing and advertising, with producers and distributors of agricultural technologies displaying select and favorable quotes on their promotional materials. Capturing the farmer’s voice is also a frequent aim of academic study. Data from surveys and interviews are used to illustrate what is often labeled as “fact” concerning farmers’ views on certain agricultural practices. While the farmer’s voice can be a powerful tool of assertion, the way in which it is originally established, either through research or select quotes, plays a significant role in whether or not it provides a meaningful and legitimate representation or a farmer’s lived experience and beliefs.

A recent analysis of various studies claiming to provide representations of the “farmer’s voice” highlights that while understanding farmers’ perspectives is important, to do so effectively and meaningfully is a significant challenge. Writing in the journal Agriculture & Human Values, a group of University of Washington anthropologists argue that academic studies presenting the “farmer’s voice” are prone to a number of biases that limit the relevance of a study’s conclusions. These types of bias include information bias, individual bias, and short-term bias.

In order to illustrate their thesis, the authors highlight two case studies: one on the introduction of Golden Rice in the Philippines, and the other on Bt Cotton in India. Golden Rice and Bt cotton are both genetically engineered crops, and hotspots for the debate about the flaws and merits of this technology in agriculture. Instead of speaking directly to this debate, the authors’ analysis unpacks the issues in how the “farmer’s voice” is collected and evaluated in studies on these topics.

The authors begin by illustrating the nature and prevalence of information bias, in which specific information provided to an informant influences the informant’s perspective on a topic. It is particularly important to consider such bias in research on topics that are not widely understood or experienced — for instance, some GE seed technologies with which farmers do not have extensive lived experience. The authors cite research panels in which farmers, who had never used the particular GE seed in question, were asked whether hypothetically they would use the technology. In the various scenarios, farmers’ responses were used to depict either wholesale support or rejection for the particular seed. The authors argue that the experiences under which these opinions were asserted make the studies’ conclusions less meaningful than if they had been expressed by those who had actually used the technology, or by those who had been exposed to less opinionated information prior to being interviewed.

The next bias highlighted is individual bias, in which the answers are influenced by the fact that the researchers’ questions seek to elicit individual opinions on topics that are socially mediated — meaning beliefs that are typically formed through group interactions. Food production is such a topic. The authors note that trends in agriculture are primarily driven by social learning as opposed to environmental learning. Environmental learning — in this context, learning based on agronomic experiences — has limited influence on farmers due to the rapid and inconsistent nature of feedback from agricultural technologies. Thus, opinions expressed by farmers who have not interacted with the technology are unlikely to represent those of farmers who have, or the group which is of most interest. As with information bias, this bias limits the real-world applicability of a study’s findings.

Finally, the authors note the risk of short-term bias in the expression of farmers’ opinions on certain seed technologies. Many GE seeds have effects that vary over time. In the case of Bt cotton, initial yields may be high, generating enthusiasm among farmers, but will eventually decline, leading to farmer dissatisfaction. Consequently, the opinions expressed by farmers are particularly time-specific, and cannot be regarded as a final ruling on the acceptance or dismissal of agricultural technology. Again, studies prone to such bias have limited meaning in context, and cannot be relied upon to evaluate the real impacts of a given agricultural technology on a telling time scale.

With the world of agricultural technology becoming increasingly contentious and polarized, understanding farmers’ lived experiences with various technologies is essential to teasing out the nuances of its particular successes and failures. Yet, understanding these lived experiences and the consequent opinions of farmers is not a simple task. Studies that fail to account for and eliminate bias limit the relevance of their claims regarding the “farmer’s voice.” Moreover, failing to acknowledge these limits blurs the dynamic processes involved in the development of agricultural knowledge, processes that are important to a holistic analysis of whether a given technology is appropriate in a given context.