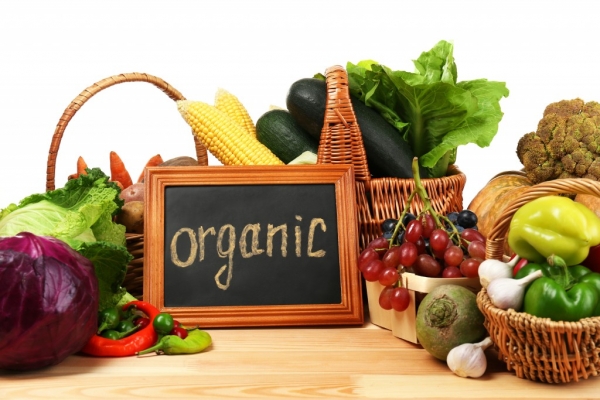 There are some questions so vast, so perplexing, that it seems humanity might never have a concrete answer one way or the other. If a tree falls in the forest and no one is around to hear it, does it make a sound? Why did the chicken cross the road? Will organic agriculture ever be able to fully feed the planet’s growing population?

Now, a new study published recently in the journal Nature Plants takes the debate one step further, arguing not only that organic agriculture could feed the world, but that it might actually be a more efficient method of farming as climate change worsens.

The analysis, conducted by researchers at Washington State University, looked at organic farming as it relates to four main pillars of sustainability, as defined by the National Academy of Sciences: productivity, economics, environment, and community well-being. Researchers surveyed over 40 years’ worth of studies comparing organic farming to conventional farming, and looked at how each practice contributed to a particular tenant of sustainability.

“Hundreds of scientific studies now show that organic ag should play a role in feeding the world,” John Reganold, WSU regents professor of soil science and agroecology and lead author of the study, told Phys.org.

The study found that while organic agriculture does result in a slight reduction in overall yields, the price premium that organic produce can fetch at the market is enough to compensate for any loss that farmers might suffer by switching over to organic. Moreover, Reganold’s analysis suggests that organic agriculture actually does better in drought conditions — which are expected to worsen in places like California and the American Southwest with climate change — than conventional agriculture.

“In severe drought conditions, which are expected to increase with climate change, organic farms have the potential to produce high yields because of the higher water-holding capacity of organically farmed soils,” Reganold said.

The environmental benefits associated with organic agriculture are less contentious than the issue of yield. Studies have shown that organic agriculture, by trading synthetic fertilizers for a deeper dependence on crop management and organic materials, leads tohealthier soils that store more carbon, retain more water and nutrients, and lead to less nutrient runoff and water pollution. Poor soil can decrease crop yields, meaning that conventional agriculture, if it damages the soil, could ultimately be less productive in the long-run than organic, though that argument doesn’t leave room for crop improvement via breeding or genetic engineering — technology that could help conventional crop breeds perform better in drought conditions.

But Reganold argues that a sustainable agricultural system should be based on more than just a consideration of yields, noting that the world already wastes around 40 percent of the food that is produced.

“If you look at calorie production per capita we’re producing more than enough food for 7 billion people now, but we waste 30 to 40 percent of it,” Reganold said. “It’s not just a matter of producing enough, but making agriculture environmentally friendly and making sure that food gets to those who need it.”

Right now, only one percent of global cropland land is organic, meaning that even a hybrid model that combines organic and conventional agriculture would require major shifts in the global agricultural system. Switching over to organic agriculture requires farmers to cross a number of hurdles, from obtaining an expensive certification to struggling with a lack of infrastructure aimed at helping them bring their goods to market. Bhutan, a tiny mountain nation located between India and China, has pledged to become the first country to go 100 percent organic, hoping to make the transition by 2020. But Bhutan only supports a population of about 700,000 people, and imports a great deal of their food. If the United States — or any other large country where the food is grown and produced far from the people that ultimately end up eating it — wanted to switch over to 100 percent organic agriculture, it would mean entirely upending the existing food system, a task that could take decades.

“For a country like Bhutan, there are some things that are a lot easier, because they are a smaller country,” Kristine Nichols, chief scientist at the Rodale Institute, a nonprofit that supports research into organic farming, told ThinkProgress in October. “When you’re looking at a country like the U.S., if we were to go 100 percent organic, more than likely it isn’t going to be an instantaneous process. It’s going to be a transition process.”