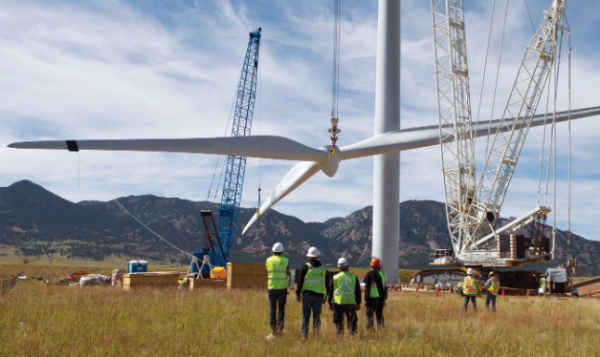 Traditionally, Ethiopia is referred the water tower of Africa. The abundant water resources are manifested by rivers, underground water, ponds and lakes. The availability of seasonal rainfall in Kiremt and Belg seasons makes the water volume to increase. In addition, the mountainous physical texture of the land creates conducive situation for retaining underground water.

In the country utilizing water resource for development is a long practice particularly for small-scale irrigation. However, for power generation, it is a new venture which began in 20th century.

Currently, the rapid population growth and the high demand for modern energy make the country to involve in harnessing all energy resources at hand particularly the renewable ones. In this regard, the government is doing its level best by devoting its time, finance and human resources and some progress has been registered. The available energy sources such as hydro power, geothermal,wind, solar and bio-fuel and bio-gass are being tapped.

The multifaceted development the nation is aspiring for, without exploiting energy sources by utilizing modern technology could hardly come near success. By now, only 20 per cent of the nation's modern energy demand could be satisfied and the rural mass which forms 85 per cent of the population relay on biomass energy which by itself has a negative consequence on human health and the environment.

Biomass energy utilized for the household purpose is attributable to indoor pollution which puts human respiratory system at risk. It is also responsible to high infant death rate.

On the other hand, the clearance of vegetation cover and forest for household energy and other purposes causes land degradation and soil erosion.

Erosion also results in the making of gullies in different places. Felling trees in addition disrupt seasonal rainfall. This in turn, negatively affects agricultural sector which is the very livelihood of the rural population.

The price hike of food due to drought and failure in agriculture also affects the purchasing capacity of the urban population and creates inflation which results in high living cost. Hence we can understand that the underdevelopment of modern energy sources could aggravate poverty and put the growth aspiration under a question mark.

To curb environmental damage due to the clearance of vegetation cover, the government has now made a point the supply of energy saving stoves, expanding solar energy and developing bio-gas and bio-fuel as remedial action. In addition, rural electrification programme is being implemented.

The exploration of modern energy resources particularly the renewable types not only support economic growth but also help to attain green growth which the nation aspires to attain by 2025.

History tells us that, the root cause of the current global warming and climate change is the carbon based emissions of industrialized countries for the last 100 years. Hence, not to repeat their wrong turns, Ethiopia and other developing countries had embarked on the path which helps to attain green growth.

Such a venture has brought a good reputation for our country and some advanced countries have pledged to financially back up our green growth plan. In addition to supporting self sustaining energy security, the locally generated renewable energy sources save hard currency which the nation outlays for importing carbon based and environmentally hazardous energy.

According to some studies, the nation spends up to 70 per cent of the annual budget for importing fuel. For the nation with small economy, such a thing is not affordable. Cultivating energy from local sources can be taken as a way out.

On the other hand, the energy development can bring regional economic integration and enhance the nation's hard currency earning capacity.

The Horn of Africa, for long, is known for its political volatility. The situation is witnessed by the statelessness of Somalia and the political turmoil of the South Sudan.

Hence, the exporting of hydro power to neighbouring countries such as Sudan, Djibouti and Kenya has much value in bringing economic integration and political stability.

In meeting the nation's industrialization programme, energy has a vital role. In the span of the second Growth and Transformation Plan, the government envisages the expansion of the manufacturing sector. The sector is expected to play a leading role in the economy. It is expected to serve as job creation firm for millions by absorbing rural labour.

It is also expected to attract foreign investment, to substitute import items, to enhance innovation, entrepreneurial skill and competition and technology transfer. Thus, to realize the expansion of the manufacturing sector, supplying sufficient and affordable energy is very essential.

The pervasive nature of power interruption witnessed today should need a long lasting solution because attracting foreign investment in such manner is impossible. However, developing energy sources particularly hydro power could crate additional responsibility on society and the nation at large.

Hydro power dams need regular water flow, the unstable water flow due to drought might affect the power generation capacity. If such a thing happens, it will have its own drawback on the economy. Hence, proper land management and environmental protection works are essential.

Ill-management of the environment mentioned above is unhelpful. Encouraging watershed management with the participation of the community is therefore vital. The rampant soil erosion being witnessed today could allow the accumulation of silts in the dam and might shorten the life span of the dam.

Hence mitigating the problem before it became complicated is essential. Experience has shown that dams constructed by previous regimes could be destroyed due to silt. Thus, side by side with the construction of hydro powers, effective environment management mechanisms should be put in place.

To sum up, the development of energy sources is a question of economic progress, poverty eradication and self reliance. Thus to meet energy demand all concerned should show their support.