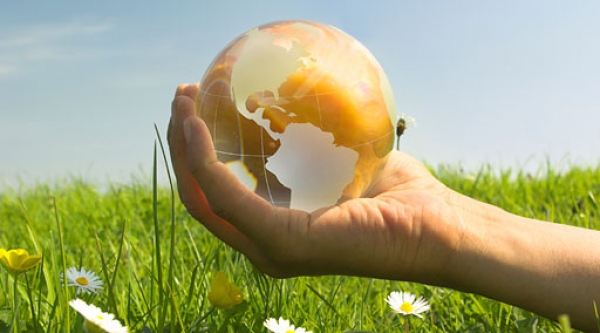 The System of Environmental-Economic Accounting (SEEA), an international standard on statistics, was recently agreed among UN Member States, and is currently being implemented. The aim of this standard is to report on the interrelationships between the economy, the environment and the society through clear, concise and coherent statistics and indicators.

One of the main aims of a statistical standard is to provide an agreed set of definitions and concepts for use in collection, compilation, and analysis of data. A benefit of using such a standard is the ability to develop internationally comparable indicators, (e.g., GDP in the case of the SNA).

Information compiled using the SEEA framework relates the environment to the economy, bringing together statistics of supply and use of resources in physical and monetary terms. Policy relevant indicators can also be derived from the SEEA framework. Examples of such indicators include natural resource use intensity by industries, emissions to air, and water use intensity.

Countries that adopt the SEEA and use it in their statistical production processes are able to consistently monitor environmental-economic interactions. The outputs of this monitoring can better inform policy-makers considering initiatives related to the economy and environment.

Implementation of the SEEA does not require a large amount of data; on the contrary, most countries already collect enough data for the compilation of  accounts at an aggregated level.

A revolution in statistics

“It is a revolution in statistics! This system is the only one that takes into account the link between economic and environmental statistics (…) and that integrates a perspective of sustainable development while focusing on areas of economics, environment and human activities”, says Alessandra Alfieri, Chief of the Environmental and Economic Accounts Section of DESA’s Statistics Division.

The “Global Implementation Programme for the SEEA” International Conference held in New York on 17-19 June showcased experiences from countries that are already working on the SEEA implementation in order to assist countries that are starting or continuing the implementation of this new statistical standard. Representatives from 35 countries attended the Conference, which was chaired by Peter Harper, Chairman of UN Committee of Experts on Environmental Economic Accounting and Deputy Australian Statistician.

Since the SEEA is a new standard, the conference discussions highlighted the need to build the statistical infrastructure and to train people to produce standardized statistics.“The challenge is also to change the mindset, from isolated statistics work to collaboration and integration”, pointed out Alessandra Alfieri. In the past, the integration of economic and environmental data was not possible in many countries due to the lack of a coherent conceptual framework. Different agencies in a country are often, for example, collecting data on water, yet are using different concepts and definitions. One of the major goals of the SEEA implementation, and a point stressed during the conference, is fostering of institutional arrangements for the production of integrated statistics.

Another major point raised at the Conference was adjusting the SEEA to the regional approach, thereby serving the countries’ and regions’ needs. Country policy priorities and progress towards meeting those priorities have to be evaluated in global processes such as the post-2015 development agenda.

The participating countries emphasized the need to build South-South and North-South cooperation partnerships, in order to let the countries that are most advanced in the SEEA implementation guide their neighbors. For example, some of the regional leaders like Colombia (for the Andean region), Brazil (rest of South America), Mexico (for Central America) and Jamaica (for the Caribbean region) have offered to lead the implementation of the SEEA in their particular regions. On the other hand, Australia plays a significant role in North-South cooperation by helping countries all over the world.

Bring together statistics producers and users

Participants also discussed the role of governance in the implementation process and how to include relevant international, regional and sub-regional agencies in coordination with local governments. “It is important to bring together producers and users of statistics” Alessandra Alfieri said. Results from the work on the SEEA implementation also need to be communicated to provide decision makers with relevant, accurate and comparable statistical information. This critical communication can allow them to implement better public policies. Similarly the general public and media should receive information about the SEEA and its implementation to allow a better understanding of the importance of standardized statistics.

The multidimensional nature of the sustainable development agenda requires an integrated and balanced information system covering economic, environmental, social and human aspects that employs clear, concise and coherent statistics and indicators for monitoring and reporting. The SEEA is one of the fundamental tools that can aid in properly measuring progress towards sustainable development, informing users of the interactions between the economy and the environment.

Peter Harper, Chair of UNCEEA and deputy of Australian Statistics, said that the next steps would be to “turn the plan that we have been discussing together into action, and reach a better implementation of SEEA while progressing in its results”. Integrated information allows for more comprehensive analysis and gives policy makers the necessary tools for improved policy making.

The participating countries agreed to produce and share training material with the less advanced countries, and a document summarizing conference outcomes will provide the basis for the formulation of recommendations to the UN Statistical Commission at its 45th session in March 2014.