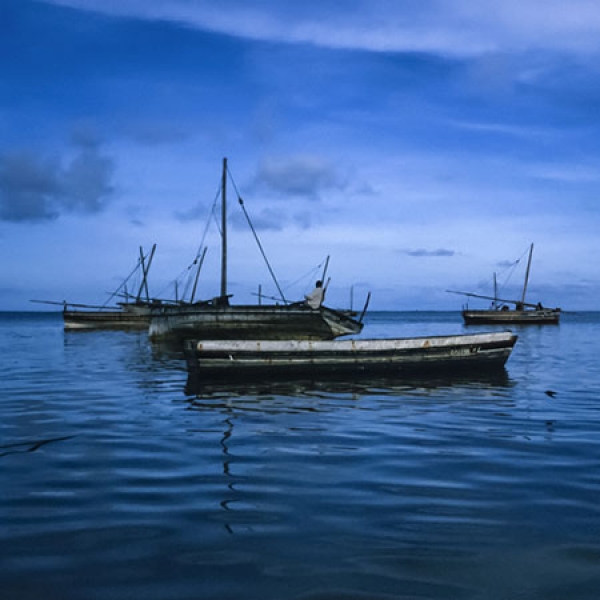 Environmental managers often make decisions that include trade offs between two or more possible scenarios. These choices can become challenging when the socio-ecological system is complex and the environment has different ecosystem services. And it is particularly difficult when stakeholders have different value systems. These trade offs can include noneconomic and difficult-to-evaluate values, such as cultural identity and the well being of people in poverty, local species, or ecosystem structures. Very often environmental governance decisions are made in favor of one value system over the other. Environmental management has only recently started to look into decision-making processes that take into consideration trade offs that would have otherwise been easily overlooked.

In a recent article published in the Proceedings of the National Academy of Sciences (PNAS), a team of researchers led by Tim Daw of the Stockholm Resilience Centre uses “participatory modeling” and a “scenarios approach” to demonstrate the diversity of trade offs that exist within a management regime. A participatory model engages stakeholders to simulate a decision-making process; a scenarios approach forecasts possible future scenarios with different combinations of trade offs. Using as a case study a small tropical fishery in Mombasa, Kenya, the authors map the benefits of the ecosystem to five prime stakeholders: (1) captains of illegal but widely used large beach seine nets (2) laborers used in teams to pull beach seine nets (3) independent fishers using other tools such as small gill nets and spears (4) male traders who specialize in large fish for high-value market and (5) female traders who buy smaller and cheaper fish. This classification is based on gender, vulnerability, and the way in which a stakeholder group benefits from the ecosystem.

They then use three methods to map out the socio-ecological system and how they are linked to the well being of these five primary stakeholders. These methods are: (1) well-being focus group discussions (2) long-term (about 15 years) ecological data to define a fisheries ecosystem model and (3) a participatory conceptual modeling workshop. While the focus group discussion explored the subjective well-being of each stakeholder group, the participatory conceptual modeling exercise identified the social and ecological linkages, feedbacks, and drivers of the system. Using the data from these three methods, the authors build an interactive “toy” or dummy model of the socio-ecological dynamics, benefits, and scenarios of possible futures.

The “toy” model represents how the interaction between management and social drivers might affect fishing outcomes and earning opportunities for each stakeholder group. It suggests a trade off between conservation and food production — a decline in food production caused by reduced fishing effort. The authors also identified a trade off between changes in fishing effort (or composition of catches) and its implication on the well-being of a stakeholder group that depends on the resource. Interestingly, reduced fishing effort is predicted to lead to an increase in higher-value large fish catch that benefits male traders who focus on these species. However, this leads to a decrease in small low-value fish that the female traders rely on for their livelihoods. The model also predicts that female traders benefit from systems optimized for food production while a trade off existed with systems optimized for conservation or profit.

The authors point out that four mechanisms lead to these trade offs being overlooked. First, a socially acceptable “win-win” scenario can easily overlook a well-being trade-off. This was the case for female traders whose earnings are significantly reduced when conservation measures are put into place to reduce fishing in order to favor high-value fish. Second, trade offs can be overlooked when they result from complex system connections. The authors say that having a combination of well-being research with scenarios and participatory workshops helps to flesh out the distributional and well-being consequences of ecosystem change. Third, when the losers are not included as stakeholders — as a result of political marginalization or poverty  — trade offs are easily forgotten. In this case, the tendency for the secondary stakeholder is to ignore female traders for higher value catch, conservation and/or tourism. Fourth, the authors point out the trade off between secular values and sacred values in any given cultural group. They cite the example of culturally and socially embedded fishing identities that conflict with system-level goals to reduce fishing.

When environmental management decisions are made without recognizing this trade off, chances of backlash or outright rejection is high. However, if the situation is reframed from a purely secular view of reducing fishing to a more long-term view of having the resource last for future generations, the trade off is no longer that sharp.

According to the study, having a combination of participatory modeling and scenario-building that spells out the trade offs between all relevant stakeholders helps in building value pluralism and an effective environmental governance structure. Ultimately, only a transparent governance structure can advance social, equitable and sustainable decision-making.