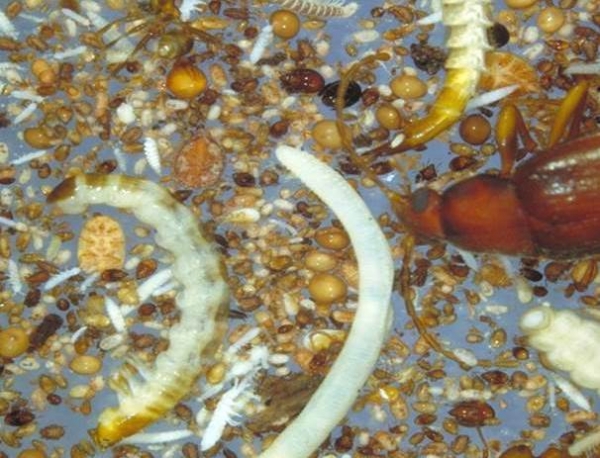 The term ‘biodiversity’ conjures up images of trees, plants, insects and mammals, which are increasingly recognized as important in sustaining agricultural landscapes. But what of the biodiversity which exists under the ground? How important is this to agricultural systems and in particular, soil health?

A chapter in the proceedings of the FAO-hosted International Symposium on Agroecology for Food Security and Nutrition looks at the key role soil biota plays in a wide range of ecosystem services that underpin the sustainability of agro-ecosystems. It explores the linkages between agroecological management, local knowledge and soil health.

Lead author and soil ecosystem senior scientist with the World Agroforestry Centre, Edmundo Barrios, explains that just one gram of soil may contain up to one billion bacterial cells, tens of thousands of taxa, up to 200 million fungal hyphae and a wide range of mites, nematodes and arthropods.

“About 90 per cent of plant biodiversity is known, but much less is known about soil biota,” says Barrios. “Not only is soil critical to the majority of ecosystem processes in natural and managed ecosystems, it also provides the primary stock of nutrients and carbon to sustain agricultural productivity.”

“With increasing concern about the future sustainability of our food systems, we need to look more closely at how we conserve and manage soil biota in order to maintain the health of our soils.”

In the chapter, agroforestry is used as an example of an agroecological practice which brings about beneficial interactions between agroecological management and soil health. The authors define a healthy agricultural soil as one that is capable of supporting agricultural productivity and simultaneously delivering other ecosystem services important to society.

Agroforestry has been shown to increase the abundance of soil biota. A topical review found that almost all groups of beneficial soil biota studied in tropical maize-based agroforestry systems (mostly in Africa) increased in number compared to adjacent cultivation of maize without trees. Agroforestry also increases soil biological activity, with increased earthworm activity having been observed near trees however this effect is greater for some species than others.

Barrios says determining which tree characteristics have the greatest influence on the abundance, diversity and activity of soil biota is an important area of current research. This is aimed at agroecosystem designs which can optimize and sustain the provision of soil-based ecosystem services.

Soil health is largely dependent on abundant and active soil biota, such as can often be found in agroforestry systems. Scientists tend to study soil biota in groups which perform similar functions. Four critical ecosystem functions have been identified for the delivery of ecosystem goods and services in agricultural landscapes.

Barrios and co-authors say there is a need to better understand the way in which agricultural management and these groups of soil biota interact. This is necessary so that soil health and soil-based ecosystem services can be better conserved and managed.

To achieve this, however, requires the active participation of farmers, who Barrios says “hold a wealth of accumulated experience and knowledge that could provide valuable insights on the management of soil health”. He believes soil health indicators and monitoring systems need to integrate both local and scientific knowledge.

To this end, Barrios, together with colleagues from Embrapa and the International Center for Tropical Agriculture (CIAT), developed the InPaC-S (Participatory Knowledge Integration on Indicators of Soil Quality) methodology which is designed to facilitate knowledge sharing and blending of farmer and technical knowledge while co-developing best-bet management options for improving soil health.

In the same proceedings, Barrios has co-authored a chapter with several colleagues from the World Agroforestry Centre looking at how agroforestry is helping to restore the productivity and resilience of landscapes, as well as contributing to goals of food, nutrition and income security for smallholders and other vulnerable groups in society.