Argentina still has no strategy for Paris climate change summit 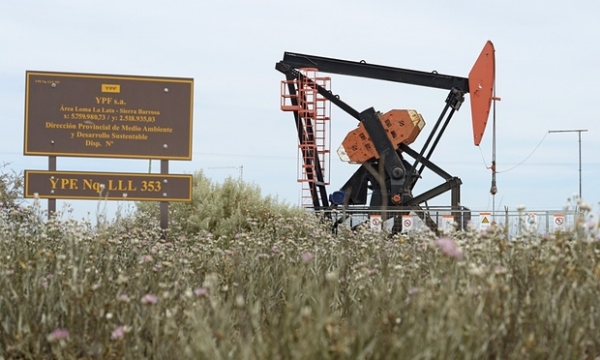 It’s been 11,000 years since temperatures were this high on Earth, thanks to our burning of oil and gas, releasing carbon emissions, trapping the heat in the atmosphere and warming up the planet.

If we continue our current activities at this pace, we would have spent all of our so-called ‘carbon budget’ – that cannot be exceeded if we are to stay within the 2C limit scientists say is necessary to avoid catastrophic global warming – within the next three decades.

In Warsaw in 2013, the world’s countries agreed that they would make voluntary proposals of mitigation and adaptation to climate change. The deadline for this is in October.

Whatever the pledge will be – officially known under an awkward acronym as Intended Nationally Determined Contributions (INDC) – it will determine our development strategy over the next five years.

As Argentina’s largest newspaper, most of our calls to the Argentinian environment ministry initially went unanswered; the few responses were evasive or excuses. Others reported a similar phenomenon. In late June the environment ministry was calling up local NGOs with its latest report on the country’s greenhouse gas inventory, without providing any precise information. A few days later they were summoning figures from the private and academic sectors with a similar strategy.

This lack of dialogue is telling: if Argentina is angling to sign a compromise deal at the Paris summit on 11 December, in postponing the announcement another government will by then have been elected into the Casa Rosada (the presidential ‘Pink House’).

Mexico was the first Latin American country to present its INDC, while Peru, Chile, Colombia and Uruguay have made significant progress. For example, Peru is proposing, among other things, to cut emissions by 31% by 2030. If Peru does not stick to its pledge, then its emissions would double by 2030.

There is much that Argentina could offer in its climate pledge – ending deforestation (which alone amounts to 22% of our emissions), improving energy efficiency and doubling down on our capacity for renewable energy, which frankly is enviable and under-exploited.

For the moment any focus on development, in contrast, seems to be in the Vaca Muerta basin and the fracking of its shale reserves.

Cali Villalonga, president of the environmental protection agency for the city of Buenos Aires and head of the Argentine green party, said that the number of subsidies for nuclear energy and hydrocarbons is “enormous”. However, “just like biomass, wind power competes in any given market without subsidies. With falling prices, solar is borderline.”

Globally, the energy sector contributes to 75% of all greenhouse gases, according to a study by the World Resources Institute. In Argentina 50% of emissions are from agriculture.

2015 has so far seen the hottest temperatures on Earth on recorded, a phenomenon that Argentina is a part of. We know this from our own empirical experience (we had no autumn this year – the season jumped to winter), but also because it is measured. Our environment ministry noted that temperatures rose by 1C, for example, in Patagonia.

Yet by politicising climate change, the country seems to be leaning more towards the sceptics than towards those who are offering solutions. “Argentina is associated with the worst players – who see international negotiations as a trap,” says Villalonga.

Developed countries have played their role in contributing to this very real ecological crisis, and persisting in the use of fossil fuels is like clinging to old technologies.

As Enrique Maurtua Konstantinidis of the Fund for Environment and Natural Resources said, Argentina’s national contribution in energy alone can be an “opportunity to abandon these obsolete paradigms of development”, and to take advantage of lasting investments to assure energy sovereignty and independence “in a prosperous, sustainable future”.