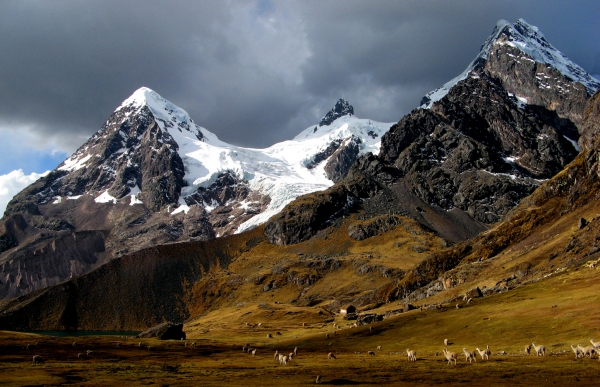 A new report launched today by the United Nations Environment Programme (UNEP), GRID-Arendal and the Consortium for Sustainable Development of the Andean Ecoregion (CONDESAN) recommends that adapting to climate change in the tropical Andes requires a regional strategy that must include the knowledge of Indigenous peoples and women. Governmental experts from all Andean countries met today to discuss regional priorities for climate change adaptation in the entire Andes mountains.

The Outlook on climate change adaptation in the Tropical Andes mountains was launched at a meeting of national experts from all seven Andean countries who gathered to discuss regional responses to climate change risks.  The report makes a strong case for urgent action: By the end of this century, the coldest years in the Tropical Andes Mountains will be warmer than the warmest years to which humans and other species have adapted so far, the report states.

The report focuses on the Andes mountains in Venezuela, Colombia, Ecuador, Peru and Bolivia. Andean mountain communities have been dealing with an adverse and changing environment since they first colonized the mountains more than 10,000 years ago, it says, and the people who live there have centuries of experience that complements current research and can be used for local adaptation action. The Outlook recommends that adaptation strategies also “build from existing traditional knowledge and strengthen the role of women.

Including traditional knowledge in the design and implementation of mountain adaptation policies “has proved successful and should be further encouraged,” the report states. “Women have a profound knowledge of their environment and often play a greater role than men in the management of natural resources.”

The report was produced by UNEP, Norwegian based GRID-Arendal and Andean based CONDESAN and was launched at the meeting of Andean countries.It illustrates how countries of the Tropical Andes share mountain ecosystems and basins and thus face common climate change threats. Increased regional cooperation is therefore important for adaptation in the Andes.

Other recommendations in the report include the need to address climate change threats to water, land, loss of biodiversity and ecosystems, food security and health. Governments should also expand measures to prevent and manage extreme events driven by climate change and improve coordination between Andean countries. As part of this, they should share data and improve monitoring systems.

The Outlook on the tropical Andes is the third publication in UNEP’s Mountain Adaptation Outlook series. These reports contain a number of common findings, including the fact that climate change disproportionally threatens mountain areas. For example, climate change is changing the hydrology of the mountains and is thus threatening many subsistence farmers, while insect borne diseases, such as zika and dengue, are found in increasing altitudes. Adaptation to these climate hazards requires a long-term perspective including the protection of ecosystem services provided by  mountains.

The Outlook series applies the same methodology in all regions to facilitate comparison and knowledge exchange among the mountains ranges across the world. It features reports on the South Caucasus and the Western Balkans, East Africa, Central Asia, the Carpathians and the Hindu Kush Himalayas. UNEP and GRID-Arendal produce the series in cooperation with a regional mountain centres of excellence, such as CONDESAN in the Andes.