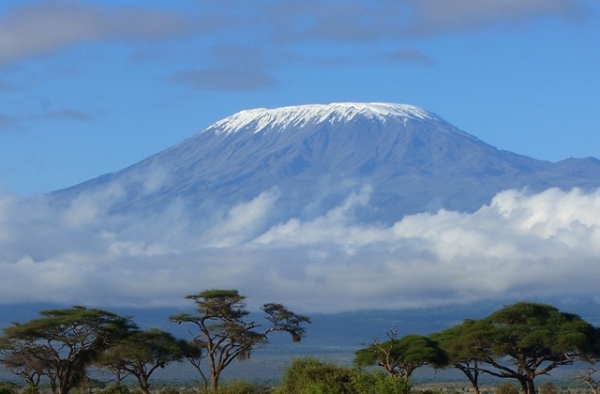 KILIMANJARO is a home to Africa’s highest mountain and from time immemorial, it had been experiencing a wonderful cool weather patterns, thanks to nature and environmental conservation efforts.

However, a few decades ago witnessed gradual changes, with ice caps at the Mount Kilimanjaro starting to decrease due to environmental degradation and the recent climate change effects.

Kilimanjaro that used to be one of the greenest and coldest regions (specifically Moshi Rural District) started to experience unusual heat. Recently, it registered the hottest day in the country, with the region clicking almost 36 degrees Celsius during the Equinox.

Mr Clemence Kway is one of the elders in Kibosho, Moshi Rural District who is disturbed by the climatic changes, saying he has never experienced such heat in history.

“What I think the right thing to say is that we are now living in hell, in the good old days, we would be sure when it was going to rain, get prepared in everything such as food stock as well as for field preparations.

Nowadays it is hot almost throughout the year, save for about two months,” says Mr Kway who is in his late 70s.

The old man recalls how food security was a natural thing, with enough harvests as well as cattle, while it was typical to see everybody in sweat shirts, things that are so exceptional now.

While on one hand he does not believe in scientific findings that deforestation causes the situation, he longs for a comeback of the good old days.

He feels that everybody has a right to cut down trees in their fields. Kilimanjaro Regional Secretariat and Regional Consultative Committee (RCC), in 2012, banned regional residents from cutting any trees even in their own fields, as a measure to curb environmental degradation and instead mitigate climate change effects.

It was the then Kilimanjaro Regional Commissioner (RC), Mr Leonidas Gama, who took the initiative to call and lead the sessions after it was revealed that there were too many activities in tree felling, fires in the forests as well as drying up of water sources.

It was in the same year Moshi started to experience water rationing. Speaking about the current erratic nature of rainfall, Mr Seba Riwa from Uru Shimbwe Ward says the ‘long rain seasons’ used to reflect the literal meaning of the phrase.

He says it would rain for even a week without residents having sight of the sun, as opposed to now. Mr Riwa (83) says the change in climatic conditions has led to higher crop prices due to high demand of the same.

He is concerned of the environmental degradation that has gone hand in hand with population growth. Expounding on the matter, the energetic Mr Riwa says while in late years people owned huge pieces of land (vihamba), they have since been apportioned to sons and grandsons, making them smaller and smaller and part of which have been used for construction of houses as well as family graveyards.

“Things have changed a lot; what we used to see those days are different from now. Fields were really crowded, filled with crops – coffee, banana, and yams with a lot of trees.

You would not dare to walk alone at night; it was so frightening as it seemed like a forest and wild animals such as hyenas could be seen at times,” he says. He recalls how major roads in villages were covered with grass except on places where vehicle tires rarely rolled.

“Now you can see at a distance through the fields, crops are not in good shape. Most trees have been felled down, we no longer grow coffee as we used to, because of the weather, but also low prices and co-operative movements are frustrating, not paying on time,” he says.

The weather-changing pattern has caused heat even at the foot of Mount Kilimanjaro and a new experience is the presence of a lot of mosquitoes. Malaria is now a common disease in Moshi Rural District, something that was not regular in yester years.

Mr Melkior Fredrick, a Kibosho East Ward resident, says he had not used mosquito net since he was born until about three years ago, when it became too much with mosquitoes and malaria disease.

“We did not know or use mosquito nets in Moshi because you never saw a mosquito, but now they are everywhere. If you are not in a mosquito net when you sleep, then you definitely wait for a malaria bout.

Even before the government supplied free nets, I had to buy for the whole family, because it was terrible,” says Mr Fredrick who is in his early sixties. He thinks mosquitoes have become common due to the hot weather and also because farmers have stopped the use of DDT (dichlorodiphenyltrichloroethane) on coffee plants to fight harmful insects, saying it used to keep mosquitoes at bay.

DDT is an organochloride known for its insecticidal properties and environmental impacts. A research carried out by Udaysankar Nair, from the University of Alabama, Huntsville’s University’s Earth Sciences Centre found that deforestation around Mount Kilimanjaro would have a large impact on the Kilimanjaro region.

Along with Jonathan Fairman they used climate models and data from NASA satellites to create a local model that could predict the effects of deforestation on local weather patterns, including rainfall and snow cover.

They found that deforestation changed weather at the base of the mountain, affecting airflow — instead of flowing around the mountain, most of the air flowed over the top, which in turn, affected rainfall.

“When you deforest it is at the expense of a reduction of rainfall at lower elevations,” Nair notes. While global climate change is certainly playing a role in those impacts, Nair and Fairman found that deforestation of the lowlands around the mountains is exacerbating that effect.

They found that deforestation had the same effect as climate change — causing clouds to move up the slope of the mountain, increasing temperature and decreasing rainfall. “What we’re finding more and more is that (deforestation impacts) can be very location-specific,” Fairman says.

If we find that deforestation adds to the changes, that’s one thing that could be controlled regionally. Sometimes the regional effects can be as strong or even stronger than, the global effects,” he says.

In 2010, Francis Muamba and David Kraybill from the Ohio State University, Columbus, found that agriculture around Mount Kilimanjaro is vulnerable to precipitation variation.

The study found ambiguous evidence about the ability of irrigation usage to reduce crop vulnerability to precipitation variation, but suggests that proper cost benefit analysis ought to be done in order to measure the welfare value of irrigation.

In terms of future food security, climate simulations reveal that by 2029, it will no longer be ideal to produce coffee around Mount Kilimanjaro if precipitation annually decreases by a minimum rate of 2 per cent.

While maize production will also suffer severe production reduction, banana production will decrease but not in an alarming rate by 2029. They made public their findings on a research on ‘Weather Vulnerability, Climate Change and Food Security in Mt. Kilimanjaro’.