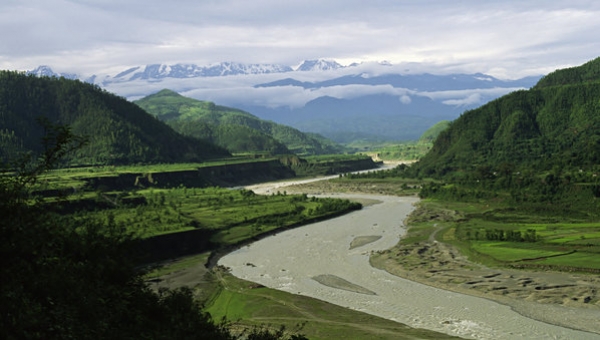 As more heat-trapping greenhouse gases (GhG) and short-lived climate pollutants (SLCP) accumulate in the atmosphere, there is little hope of reining in climate change. Already there is strong evidence that the Earth is one degree Celsius hotter than at the start of the 20th century. And in the Hindu Kush Himalayas (HKH), the indications are that climate changewill manifest in much stronger ways than elsewhere.

The 2030 Agenda for Sustainable Development identifies climate change as one of the greatest challenges of our time. Sustainable Development Goal 13 demands “urgent action to combat climate change and its impact”. At the United Nations Framework Convention on Climate Change (UNFCCC) meet in Paris, last year, governments agreed to "hold the increase in the global average temperature to well below two degrees Celsius above pre-industrial levels and pursue efforts to limit the temperature increase to 1.5 degrees Celsius". But, with the plans developed so far a rise of three degrees Celsius is unavoidable.

According to the World Meteorological Organisation, in terms of global averages, each of the past several decades has been significantly warmer than the previous one. The period 2011–2015 was the hottest on record, and 2015 – because of a powerful El Niño – was the hottest since modern observations began in the late 1800s. Along with rising temperatures, climate change is disrupting the seasons and increasing the frequency and intensity of extreme events, such as droughts and heavy rainfall. These changes provide a foretaste of a hotter, drier, wetter future.

The Mountain Research Initiative warns that warming will be much stronger in high-elevation areas such as the Hindu Kush Himalayas where the impact will be compounded by biophysical fragility and socioeconomicvulnerability. The International Centre for Integrated Mountain Development (ICIMOD), along with its partners, has been conducting scientific research on climate change to support policy and action to reduce impacts and vulnerabilities in the region.

According to The Himalayan Climate and Water Atlas, published by ICIMOD, GRID-Arendal and the Centre for International Climate and Environmental Research–Oslo (CICERO) in 2015, the mountainous Hindu Kush Himalayas are warming significantly faster than the global average. Already by 2050, temperatures across the region are projected to increase by about 1–2 degrees Celsius on average, with winters seeing greater warming than summers in most places, and temperature extremes becoming more frequent. Mountainous and high-altitude areas will be particularly affected with warming reaching 4–5 degrees Celsius in some places.

The Atlas also warns that summer precipitation will increasing in most parts of the region. The number of rainfall events is expected to decrease but with more water falling during each event, causing both floods and droughts. Intense rainfall is projected to increase in areas where rainfall intensity is already high and less rainfall is projected in arid and semi-arid areas, exposing already vulnerable populations.

Overall, runoff within the five river basins included in the report (Brahmaputra, Ganges, Indus, Mekong, and Salween) is not expected to decrease until at least 2050, and an increase is even projected for some basins. Increasing precipitation is the main driver of this change, initially combined with increased glacial melt. Mountain people relying directly on meltwater will be particularly affected as the melting of glaciers will reduce the reliability of local water resources, including springs, and increase the occurrence of hazards, including glacial lake outburst floods. Preparing for extreme events Climate models are not able to sufficiently capture the sharp horizontal and vertical variations of biophysical processes in the region. Nevertheless, current understanding of climate change can be used by countries in the region to minimise impacts. Perhaps, the greatest challenge is to prepare for extreme climate events. A combination of structural (such as flood prevention structures) and non-structural measures may work best. Non-structural measures, such as the Regional Flood Information System and Koshi Basin Flood Outlook, which provide large-scale flood information well in advance, have proven to be highly effective. Recent developments in ground- and space-based observations and telecommunications have significantly improved the accuracy and lead time of information, saving lives and property. At the catchment scale, community-based flood early warning systems, like the one successfully implemented in Assam, India, by ICIMOD and its partners, have increased the resilience of people.

In addition to floods, droughts also need to be addressed through integrated drought management. Farmers’ access to science-backedknowledge and best practices for coping with drought need to be improved. With the migration of men from mountain areas increasing, we need more gender-sensitive farming approaches, while also strengthening education and building effective networks for knowledge sharing. Climate Smart Villages model flexible farming and integrate farming with weather information. Residual risk mitigation measures such as crop and livestockinsurance also have great potential to reduce risk in the Hindu Kush Himalayas.

While mitigation is necessary to control climate change, adaptation is essential to face the hotter, drier, wetter future. There are many good practices in place, and more need to be identified through research and piloting. We have to know what to expect so that we are able adapt in the best possible way at an acceptable cost – and so that we can exploit some of the opportunities that climate change may bring.