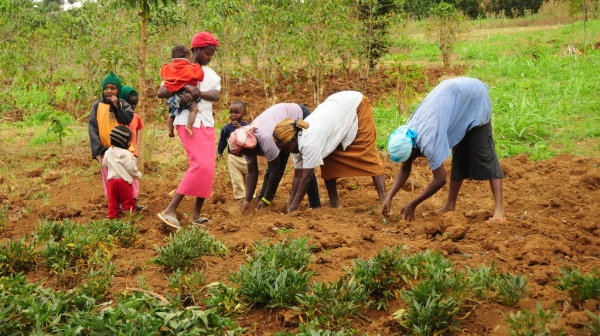 Fifteen organisations working with indigenous women, including Forest Peoples Programme, have joined forces to emphasise the injustice and multiple forms of discrimination suffered by indigenous women in the Democratic Republic of Congo (DRC) to the Committee on the Elimination of Discrimination against Women (the Committee). States are required to submit reports to the Committee every four years, describing legislative, judicial, administrative or other measures they have adopted to implement the provisions of the Convention on the Elimination of All Forms of Discrimination against Women (the Convention). The DRC’s report will be examined by the Committee on 11 July 2013 in the presence of a delegation of Congolese government representatives. The proceedings can be watched live online at: http://www.treatybodywebcast.org/.

The report looks first at the situation of indigenous peoples in the DRC. It considers dispossession of their ancestral lands and the threat this poses to maintaining their cultures, ways of life and survival. Loss of ancestral lands has particularly devastating effects on indigenous women. One of the central roles of indigenous women is feeding and caring for their families. Yet they are deprived of the means to do so and are thus forced to live in very precarious conditions that leave them exposed to exploitation and violence.

The report also considers the discrimination suffered by indigenous women in the areas of education, health, participation in public and political life, and access to justice. The report emphasises that the DRC government is proving slow to adopt special measures aimed at instituting equality for indigenous women, and at ensuring that they can enjoy all their rights, without discrimination.