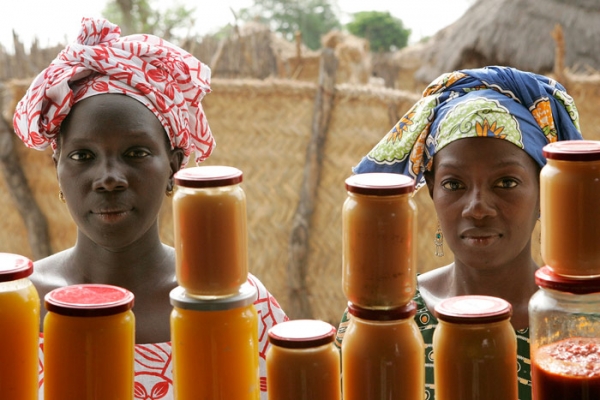 Governments, institutions and agencies are increasingly considering ways in which women and gender considerations can be better integrated into climate action planning. The Paris Climate Change Agreement and the UN’s Sustainable Development Goals agreed last year are accelerating this positive trend.

For example, women around the world, particularly rural woman, experience energy poverty more acutely than men. Women expend extensive time and labor on fuel collection and are often exposed to the health risks of unsafe use of biomass fuels for cooking and other household duties. Good policies and initiatives can improve their plight.

Research by the International Union for Conservation of Nature (IUCN) shows that of the 160 national climate action plans (“Intended Nationally Determined Contributions” or “INDCs”), 38% explicitly mention “women” or “gender” in the context of national ambitions. Thirty-one INDCs reference a gender dimension for both mitigation (efforts to curb emissions) and adaptation components of their commitments and four countries specifically address gender in mitigation.

The IUCN’s Global Gender Office says 44% of the “Low-Emission Development Strategies” (LEDS) developed by governments require either a commitment to integrate gender into national policies or a linkage between gender inequality and vulnerability to climate change.

This trend is even more evident in the eight detailed Nationally Appropriate Mitigation Actions (NAMAs) design documents available. NAMAs refer to any action that reduces emissions in developing countries and is prepared under the umbrella of a national governmental initiative. They can be policies directed at transformational change within an economic sector, or actions across sectors for a broader national focus. Seven of these documents include mentions of “women” or “gender” in the proposed objectives or outcomes.

Gender considerations within national climate action plans (INDCs) pair national climate priorities with women’s circumstances and are therefore diverse. For example, in the mitigation component of Senegal’s INDC, the country recognizes that bettering the access of households to improved energy sources will alleviate women’s domestic workloads. The Dominican Republic acknowledges the role of woman as agents of change towards a low-carbon future. Jordan’s INDC proposes a comprehensive approach to gender equality across all development sectors and calls for gender-equitable benefits from climate finance mechanism.

Senegal, the Dominican Republic and Jordan are responsible for very little of the world’s GHG emissions, compared to countries such as the United States and China, yet are demonstrating leadership in gender equality.

However, the 61 INDCs that mention “women” and/or “gender” only account for 18% of the world’s GHG emissions (according to 2012 data). This statistic perhaps reflects an international consciousness of the gender and climate change inter-linkages within development.

In sub-Saharan Africa (SSA), more than two-thirds of people lack access to modern energy sources, thus gender-responsive INDCs and other mitigation activities provide crucial opportunities to improve women’s livelihoods, and engage women in and engage mitigation activities in the region. Seventy-five percent of the INDC submissions from SSA countries have a gender/women keyword mention, outperforming all other regional groupings.

Given that releasing information regarding NAMAs is voluntary and at the discretion of governments and project sponsors, it is difficult to make a comprehensive assessment of NAMA documents. Yet, with access to only eight detailed NAMA design documents , seven include mentions of “women” or “gender” in the proposed objectives or outcomes

Given that releasing information regarding NAMAs is voluntary and at the discretion of governments and project sponsors, it is difficult to make a comprehensive assessment of NAMA documents. One of the seven detailed NAMA design documents analyzed by GGO and that mentions of “women” or “gender” in the proposed objectives or outcomes is from Cameroon.

In that country, nearly 80% of the population relies on biomass energy for household cooking, which contributes to both deforestation and an increased exposure to indoor air pollution—with women among the most affected. Cameroon is developing a NAMA focused on promoting access to improved cook stoves to improve women’s health outcomes while simultaneously reducing pressure on forests.

Oceans away, on the small island nation of Vanuatu—one of the most vulnerable countries to climate change—only one-third of households have access to electricity. Innovative gender-responsive approaches in mitigation actions are critical for this region to alleviate the interconnected development challenges posed by energy poverty, gender inequality and climate change.

Of the 27 Low-Emission Development Strategies (LEDS) the Global Gender Office analyzed, 12 either commit to integrating gender into national policies or the linkage between gender inequality and vulnerability to climate change. As an example of a best practice LEDS, Bhutan developed a Rapid Gender Capacity Needs Assessment to identify gendered needs in climate policy development and to provide sex-disaggregated data to inform decision making. Activities listed in the gender strategy include a stakeholder engagement and capacity training activities to increase women’s participation in the transport, waste and housing sector economies.