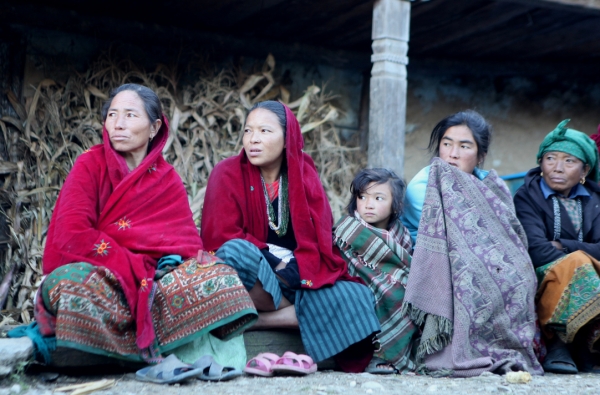 In the Himalayan region, women are the pillars of the rural economies and yet, despite some progress, they continue to face more obstacles to development than men, as a result of gender-based discrimination.

In November 2014, a Norlha Symposium reviewed the challenges facing high-altitude agriculture in the Himalayas and concluded that finding ways to overcome the challenges they face and empowering them should be of paramount importance for the development and prosperity of rural communities.

In view of this, Norlha proudly announces the 2016 Norlha Symposium “Empowering Women in Rural Himalayan Communities”.

This Symposium is organised by Norlha in close cooperation with the Fédération Vaudoise de Cooperation (FEDEVACO) and will provide a rare opportunity for the different experts and professionals involved in rural development in the Himalayas and other mountainous regions to meet and discuss issues related to gender equality and empowerment of women in the Himalayas.

The Symposium will be held in French and English with simultaneous interpretation.

THE OBJECTIVES OF THE SYMPOSIUM

Norlha believes this symposium on the feminization of the Himalayan economies and the opportunities it provides for Women in Development can help meet a number of objectives.  Among them the symposium will help to:

THEMES OF THE SYMPOSIUM

Topics of interest for the Symposium include:

3) Post-earthquake: Placing women at the heart of sustainable reconstruction

Although women play crucial roles and are central to the development of rural areas, persistent gender inequalities still prevail in various regions. Women still face discriminations and more barriers than their male counterparts, impacting a broad range of aspects of their daily lives.

Typically, women still lack equal access to ownership of land and property; early marriages and the consequent early pregnancy are still customary and violence against women remains a significant issue. Furthermore, women are confronted by other obstacles such as inequalities in access to higher education and employment and a strenuous daily workload that may affect their health and strength.

The aforementioned social constraints are probably the most prominent in a male dominated society but are yet only a few examples.

Limited resources in the mountain areas and globalisation have led to an increasing labour migration of men, mainly seasonal, from the rural regions to lower altitude land or urban areas. In the case of Nepal, almost 80% of the migrants are male1.

This phenomenon has various consequences on the lives of the women who are left behind.

On the one hand, the absence of men in the family places further responsibility and a heavier workload on women who are already facing the many challenges of living in a mountainous region. On the other hand remittances sent back home by the migrants, if significant, contribute to the families well being and the sustainable development of the region.

Male out migration is one of the most pressing concerns women are facing in this region. Special attention should therefore be paid to this issue.

3) Post-earthquake: Placing women at the heart of sustainable reconstruction

Generally, natural disasters affect women much more than men. Exposed from the onset to entrenched discriminations and inequalities in their daily lives, women get even more vulnerable during and after emergency situations.  Specific risks encountered by women and girls after a natural disaster include increased incidences of human trafficking, violence against women and sexual abuse, which in turn can lead to unwanted pregnancies, sexual diseases and other reproductive health issues, and psychological trauma. Additionally, the traditional division of roles tend to intensify even more the workload of women.

Yet, experiences with prior emergency situations show that the relief and reconstruction phases can also represent opportunities for women to empower themselves and change traditional gender roles. Furthermore, women possess a number of skills and abilities that could be of significant help at every stage of the recovery, rehabilitation and reconstruction. Their role in this process should therefore not be ignored. Natural disasters should be looked at from a gender perspective and particular attention should be paid to the particular needs and concerns of women at every stage of the disaster cycle.

This shows that the agriculture sector has been increasingly female dominated in all the Himalayan countries over the last decades. Despite this feminization of agriculture, women still experience severe gaps such as unequal access to land ownership, adequate tools, education, knowledge and information, participation in decision making, management and financial matters, to name just a few.

These existing gender inequalities are still deeply rooted in a patriarchal culture. In order to avoid increasing hardship on women, it is of utmost importance to take the specific needs and knowledge of women into account within the development activities.