Food scarcity caused by climate change could cause 500,000 deaths by 2050, study suggests 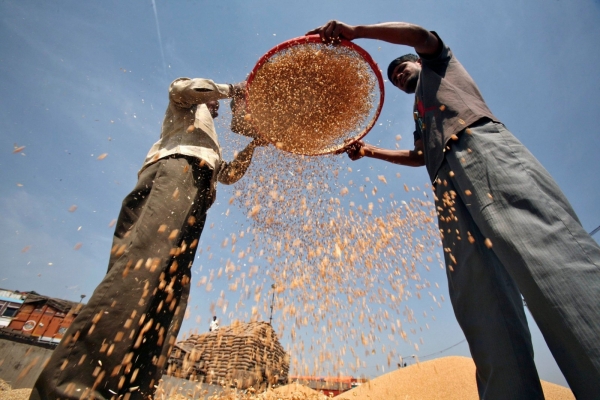 The effects of climate change on food production around the world could lead to more than 500,000 deaths by the year 2050, according to a grim new study. Climate-related impacts on agriculture could lead to an overall global decline in food availability, the research suggests, forcing people to eat fewer fruits and vegetables and less meat. And the public health impacts of these changes could be severe.

Climate experts have long predicted severe consequences for global food security if serious steps are not taken to mitigate climate change. Rising temperatures, more frequent droughts and more severe weather events are expected to cause agriculture in certain areas to suffer, all while the global population — and its demand for food — continues to skyrocket.

So there’s been a great interest in recent years in using models to predict the ways climate change will affect agriculture under various scenarios and what those effects might mean for future human societies. In the new study, which was published Wednesday in the journal The Lancet, a group of scientists from the U.K. took their research a step further.

They decided to take a look at not only how climate-induced changes in agricultural production will affect human food consumption, but also how these dietary changes might influence human mortality. It’s known that diet is connected with human health in many intimate ways, and poor diet has been linked with a number of serious diseases, including diabetes and heart disease.

The researchers, led by Marco Springmann of Oxford University’s Oxford Martin Programme on the Future of Food, used an agricultural model to simulate the effects of future climate change on global food production and consumption. They assumed a severe climate change scenario, one in which global air temperature by 2050 is about two degrees higher than it was in the time period between 1986 and 2005. They then used a health model to predict the way these changes in food production and consumption would affect human health. They compared all of these effects to a reference scenario, which assumes a future with no climate change.

These dietary changes translate into hundreds of thousands of preventable deaths. If there were no climate change, the health model found that the projected future increases in global food availability would actually save nearly 2 million lives in 2050 compared with conditions in 2010. But the model predicted that the effects of climate change will reduce the number of lives saved by about 28 percent — this translates into about 529,000 deaths that would not have occurred if there were no climate change.

The food-related deaths would be caused by two major factors: people not getting the right type of nutrition, and people simply being underweight. The majority of all the predicted deaths were found to be caused by the nutrition factors, mostly by people being forced to eat fewer fruits and vegetables. However, the effects were somewhat variable in different regions of the world.

The fruit and vegetable-related deaths, for instance, were most prevalent in high-income countries, as well as low- or middle-income countries in the Western Pacific, Europe and Eastern Mediterranean. Deaths related to weight — in other words, insufficient calorie intake — were a bigger risk factor in Africa and Southeast Asia. Overall, the most climate-related deaths were seen in the Western Pacific and Southeast Asia — particularly in China and India.

It’s worth noting that a few countries were predicted to have climate-related decreases in deaths, related to a lower caloric intake. The changes in food availability and consumption were predicted to reduce obesity in some places — a condition also linked with disease and an increased risk of mortality. Regions where lives were actually saved included Central and South America and parts of Africa and the Eastern Mediterranean. But these saved lives were far outnumbered by the amount of extra deaths caused by climate change.

“The results of this study indicate that even quite modest reductions in per-person food availability could lead to changes in the energy content and composition of diets that are associated with substantial negative health implications,” the authors write in the paper. It’s a sobering look at just a single facet of the climate change dilemma. Of course, the impacts of climate change are expected to cause human deaths in a variety of other ways as well. The increased risk of infectious disease, natural disasters, forced migration and civil unrest are just a few examples.

But as far as food security goes, the paper does raise the need for more targeted public health programs in various parts of the world that can start preparing for the potential dietary impacts of a warming climate. “Strengthening of public health programmes aimed at preventing and treating diet and weight-related risk factors could be a suitable climate change adaptation strategy with a goal of reducing climate-related health effects,” the authors write, noting that such interventions should be tailored by region to account for the specific challenges that different parts of the world are expected to face.

So the public health impact of serious mitigation efforts is clear. And in a comment published in The Lancet alongside the new study, Alistair Woodward of the University of Auckland argues that future research should look at even more long-term effects to really drive the point home.

“Restriction of our view of the consequences of climate change to what might happen in the next 30–40 years is understandable in terms of conventional concerns with data quality and model stability,” he noted, “but might underestimate the size of future risks, and therefore undervalue present actions needed to mitigate and adapt.”

He also pointed out that issues with data caused some small nations, such as the highly climate-vulnerable Pacific Island states, to be left out of the study. This means we still don’t have a complete picture of how individual nations throughout the world might suffer the effects of climate change.

And, of course, there are many questions that the study simply did not have the scope to address. Those include issues related to the ways climate change will directly affect fisheries and livestock or the nutritional quality of produce, as well as the ways that some climate mitigation practices — culling livestock to cut down on methane emissions, for instance — could also affect global food security.

Combining research of different types can help address the many interrelated questions related to climate change, its environmental impacts and their implications for human health. For now, at the very least, the new study serves as a stark reminder that taking climate change seriously is no longer a luxury, but a matter of life and death for thousands of people around the world.