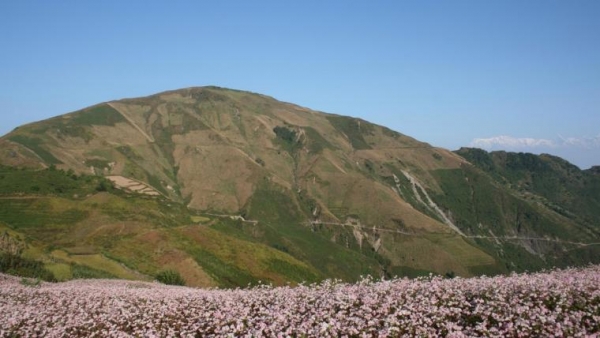 Agriculture is the most dominant sector in the Hindu-Kush Himalayan (HKH) countries. It significantly contributes to food security, livelihoods and rural economy of the region. The region as a whole remains a net food deficit area. Increasing population pressure, diminishing landholdings, soil degradation, high price of inputs, and climate change impacts are looming threats. This adds urgency to the need for a focused strategy to reduce vulnerability to food shortages, climate change impacts, and increased productivity and value addition in smallholder agriculture. In HKH countries, particularly in Nepal, 66 percent of the population is engaged in the agricultural sector, which is a major source of rural livelihoods. Climatic changes such as changes in temperature and precipitation patterns, incidences of foods, and prolonged droughts have added challenges to the agriculture particularly in mountain areas. The Food and Agriculture Organization (FAO) reported approximately 78 percent of the world’s mountain area is not suitable, or is marginally suitable, for growing crops. Nonetheless, there are certain crops that have been grown in the mountains for ages.  These are indigenous crops, cultivated under traditional farming systems, and are best suited for adapting to the climate change.

The mountain agricultural systems and food production depend on local biophysical conditions. Moreover, there is a huge shift from traditional varieties to new varieties and from traditional farming practices to new farming practices. This has led to the decline in the local food system and increased dependence on external sources for food grain. Although integration into the market system has increased mountain farmers’ access to food through cash crops, it has made them more vulnerable to food security due to frequent price shocks and disruptions in the transportation of food as a result of natural hazards. It is important to conserve local food systems and agro-biodiversity for better food security and livelihoods in mountains.

The FAO report published in 2009 revealed that out of millions of known plant species, only 120 are cultivated for human food, and of these, only wheat, rice and maize account for more than half of the dietary energy supplied by plant sources. The International Conference on Neglected and Underutilized Species (NUS) held in Frankfurt by Biodiversity International in 2011 emphasised on the need to promote NUS varieties. Capitalising on the potential of some neglected and under-utilised crops can play an important role in combating the negative impacts of climate change on food security in mountains through improving dietary diversity and income opportunities. Many of these species are well adapted to stress conditions of extreme environments and form part of sustenance farming. Most of these crops do not require high inputs and can be successfully grown in marginal, degraded waste lands, with minimal inputs and at the same time contribute to increased agricultural production, enhanced cropdiversification and improved environment. They provide useful genes to breed better varieties capable of withstanding climate change scenario and sustaining production.

When mountain farmers switch to high yielding cash crops, dozens and sometimes hundreds of varieties of traditional foods can be replaced with one or two single varieties. NUS are fast disappearing mainly because of the standardisation of agricultural practices, mono-cropping trends and changes in food habits skewed towards a few commodity crops dominating food systems at all levels. The people of HKH region have been practicing traditional farming since the millennia, however the protection and promotion of such practices are not a priority for their governments. This is responsible for heavy genetic erosion affecting traditional crops around the world, as well as the erosion of cultural diversity intimately associated with their use and appreciation. Nepal is not an exception. The rural mountain farmers have been abandoning traditional crops like millet, buck-wheat, barley and many other varieties considering them as “foods of poor” and also because of the growing importance and demand of rice in the country. Millet has a wide adaptive range and is very nutritious; yet in a survey conducted by National Agriculture Research Council in Nepal, it was found that traditionally grown finger millet was now considered as a low status food and consumed only by the poor and not preferred by those with better economic standard. The unprecedented loss of traditional agricultural species has also been reiterated in the FAO report which was published in 2010 on the state of plant genetic resources for food andagriculture. This situation is not so much different in other South Asian countries like India, Pakistan, Bhutan and many others.

There are numerous species of NUS which can be placed in the classes of cereals, legumes, root crops and fruits. These species may be prioritised and scaled up as important livelihood source in Nepal and other HKH countries according to the area-specific agro-ecological potential. Some of these NUS are namely; finger millet (Eleusine coracana), Buckwheat (Fagopyrum spp), Naked Barley (Hordeum vulgare), Beans (Phaselous vulgaris;Lablab purpureus), Black gram (Vigna radiate), Horse crop (Macrotyloma uniflorum) , Taro (Colocasia esulenta), Yam (Dioscorea spp.), Amala (Phyllanthus emblica) and Jammun (Syzygium cumini).

The International Fund for Agricultural Development (IFAD) made a significant contribution in creating awareness about NUS through their two big projects which were implemented respectively in 2001/2005 and 2007/2010 in Nepal, India and Bolivia. IFAD is contributing to strengthen on-farm conservation through the development of innovative community-based participatory methods for documenting, monitoring and promoting agro-biodiversity on-farm.

NUS have the potential to address the serious challenge imposed by the changing climatic conditions on mountain food security. It is high time that the government and the people understand the importance of NUS and use it as an adaptive measure for their livelihood diversification and food and nutrition security in the Hindu-Kush Himalayas.