How climate change could change Acadia over the next 100 years 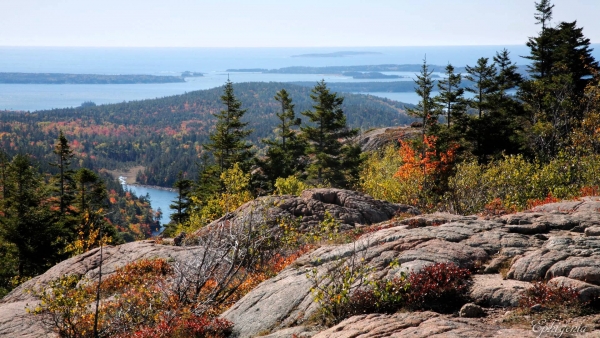 This summer, Acadia National Park turns 100. Born on July 8, 1916, when President Woodrow Wilson forever safeguarded 5,000 acres on Mount Desert Island, the park has evolved from a getaway for the wealthy to arguably Maine’s most precious natural resource.

While great fanfare will accompany its centennial celebration, a century is but a blink of an eye for the park, long ago scoured and sculpted into Maine granite by the force of glaciers.

Today, the pressures exerted on the park are manmade. Acadia, established under the tenets of preservation, must now contend with the realities of change.

At sea, climate upheaval could lead to rising tides and more violent storms that threaten to remake the park’s signature craggy coastline. Cruise ships are docking in nearby Bar Harbor in record numbers, buoying a regional economy that clings to its small-town appeal.

On land, those who live and work in the park’s shadow both depend on and lament its popularity. Acadia now draws more people each year than reside in the entire state, apparent in the choking summertime traffic that clogs its gates. Park officials strive to welcome scores of visitors who endanger Acadia’s largely pristine scenery with their very presence.

But those who value the park will ensure its protection long into the future. This summer, some will meet Acadia for the first time, perhaps over a meal of popovers and chowder on the lawn at Jordan Pond House. Others will sink their toes into the sand at Echo Lake and remember with fondness their childhood vacations. A few may gaze into the clear night sky from the peak of Cadillac Mountain and wonder what’s written in the stars for one of Maine’s most treasured and iconic landscapes.

Join us as we explore the outlook for Acadia’s next 100 years.

STEWARDS OF THE ENVIRONMENT 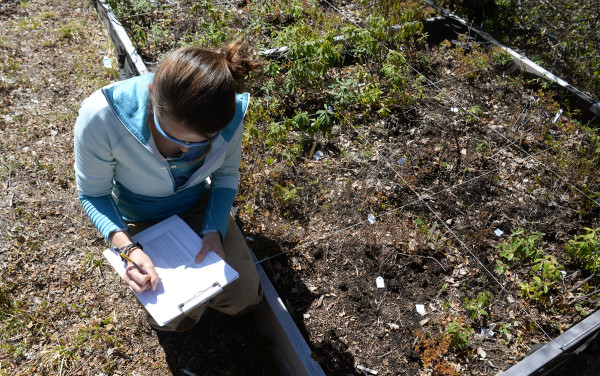 Between blocks of pink granite, vehicles and bicyclists slowly climb the winding road to the top of Cadillac Mountain. The ocean sparkles below, and overhead not a cloud floats in the pale blue sky. It is mid-May, and tourists are just starting to filter into Acadia National Park.

Near the summit of the mountain, within sight of the road, two botanists crouch by a raised bed garden filled with native plants. Inspecting leaves and blossoms, they scribble on waterproof notebooks as black flies swarm around their heads.

The experimental garden — the first of its kind in Acadia  — is helping researchers understand which of the park’s native plants will adapt to warming temperatures due to climate change.