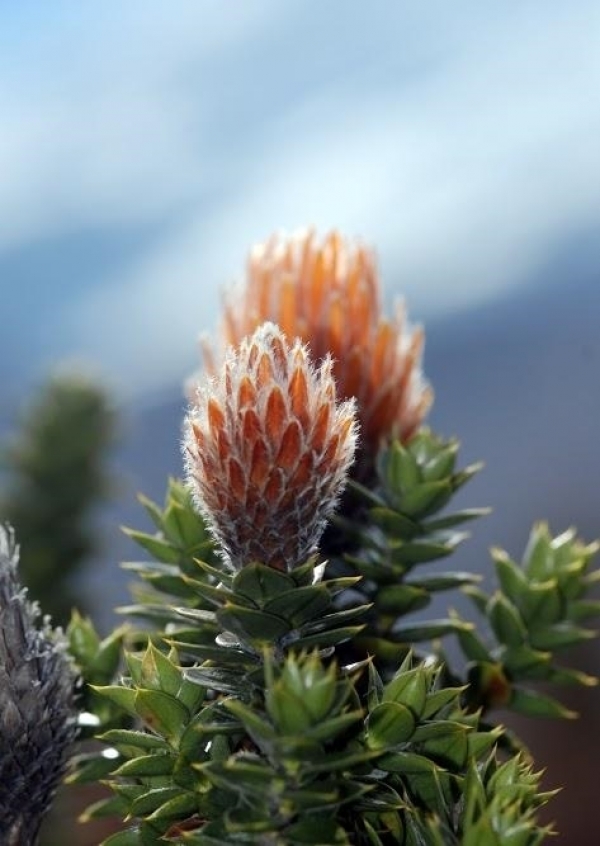 Tropical mountain plants are in search of higher grounds, as climate change robs them of their natural habitats. Over the past two hundred years, environmental impacts have caused these vulnerable plants to migrate over 500 meters upslope on the Chimborazo volcano in Ecuador. According to a recent Aarhus University study, the total vegetation boundary has shifted as much as 5,200 meters upslope.

According to a news release, the researchers compared current migration patterns of plant communities on Chimborazo, to data collected by Alexander von Humboldt in 1802. Humboldt was a German scientist who studied the relationship between climate change and species' distribution. The researchers referred to his work in the Physical Tableau, which is a cross-section of the Chimborazo and contains details regarding the plants he found on the mountainside.

(Photo : Illustration: Morueta-Holme et al.)
This images compares the researchers' recent findings, to that of Humboldt's Tableau from 1802. This illustrates how glaciers, vegetation boundaries and vegetation zones have changed in the last 200 years.

"Humboldt's Tableau and the accompanying descriptions make up the oldest known data set in the world of vegetation along elevation gradients. It provided us with a unique opportunity to study how plant distributions have changed in the tropics during the last two centuries," Jens-Christian Svenning, one of the study's authors and a professor in the department of bioscience at Aarhus University, said in the release.

Some of the many changes that have occurred over the past two centuries include less precipitation, melting glaciers, land cultivation and the introduction of new species by humans, the release noted. According to researchers, these changes could have caused the large-scale vegetation shift, which is also considered larger than any shift seen outside of the tropics.

The researchers began their work in 2012, when they mapped current distributions of plants on Chimborazo, following in Humboldt's footsteps.

"Right up at 5,185 meters, we found the last trace of vegetation. A defiant little plant belonging to the sunflower family and half covered in snow - in full flower in spite of the cold conditions, the thin air, and the harsh wind," Naia Morueta-Holme, lead author, said in a statement.

After comparing the two data sets, researchers found that both the growth limit and boundary zones of vegetation have shifted upwards more than expected. This study highlights how nature has shifted in response to climate change and how it will continue to do so in the future.

"Even though the plants have kept up on average until now, we see many individual species that are lagging behind, while others - especially common species that are good at spreading and living under many different conditions - are moving upslope. We can thus expect even more drastic changes in the vegetation in the future, and there are concerns about how the rare and specialized species will survive - particularly in the tropics, where most of them grow," Naia Morueta-Holme said.