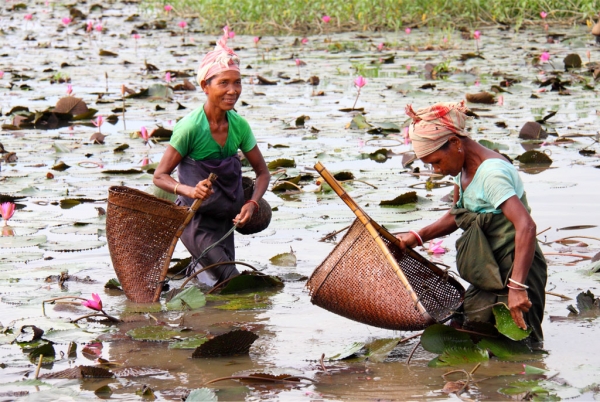 After thorough deliberations on the big picture about the water, forest, agriculture sectors and their sustainability challenges in the Indian Himalayan states, the two-day youth summit organized by Sustainable Development Forum Nagaland in partnership with YouthNet, ICIMOD and LEAD India Tuesday drafted its recommendations to be presented during the upcoming Sustainable Mountain Development Summit III (SMDS-III), scheduled to be held from September 25 to 27, 2013, Kohima.

In the agriculture sector, the over seventy youths from across the Himalayan states proposed to have a youth committee set up at the institution of Indian Mountain Initiative to address issues of the mountain states apart from a combined steering committee for review of agriculture policies of mountain states.

It also recommended that the Himalayan states be declared as Organic Zone and focus further on youth entrepreneurship through promotion of local food and eco-tourism.

With regard to forest sector, the youth summit arrived at a consensus for integrating mountain specific environment education of schools, colleges and universities, integrated tourism involving more youth thus reducing the ever growing unemployment and taking the benefits of tourism for local people, reinforcement of wildlife and forest acts to curtail bio-piracy and control poaching etc.

The recommendations for water sector included discouraging constructions of mega dams and the approach of government in enforcing the project advantage and disadvantage to be discussed on public forum, EIA to have more civil societies and representations, ensure clean drinking water for all “Equitable distributions” while further calling for declaration of the Himalayan region as safe drinking water zone with testing laboratories to check water quality and contamination.

Mention may be made here that the two day youth summit is one of the pre-events of the Sustainable Mountain Development Summit-III, which would begin on September 25, 2013 at the NBCC Convention Hall, Kohima.

The IMI-Kohima Summit would be graced by the chief minister of Nagaland, Neiphiu Rio as the chief guest for the inaugural session while union minister of state for minority affairs, Ninong Ering would grace the valedictory function on September 27 evening.