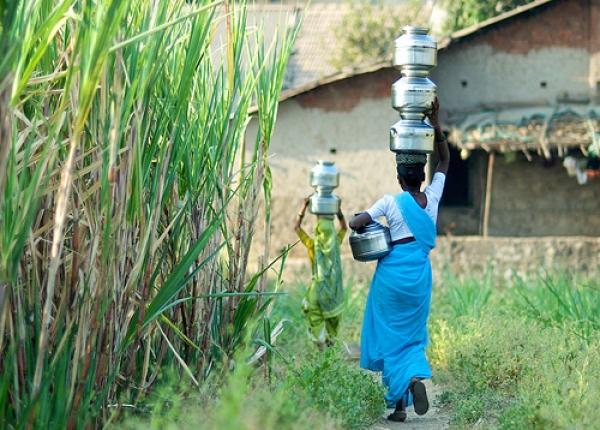 It has been slightly over a decade since a group of academics from the natural and social sciences, with experience in both the Andes and the Himalaya launched the “HimalAndes Initiative”, aimed at promoting information exchange and cooperation in science and technology between two of the largest mountain ranges in the world.

From its inception the HimalAndes Initiative explored areas were information exchange and project cooperation could bear fruitful outcomes for conservation of the natural and cultural heritage of both regions, sharing innovative experiences, and focusing on the potential for the improvement in the livelihood of their mountain inhabitants.

In addition to some initial exchanges and small scale projects in the areas of agriculture, traditional crafts production for income generation, and community-based-tourism; the HimalAndes Initiative organized two inter-regional cooperation workshops. The first, held in Kathmandu in 1993, brought together colleagues from both regions and was an initial attempt to explore potential areas of cooperation. Several opportunities were highlighted. The second, an electronic conference managed by the Mountain Forum in 2006,   dealt with the sustainable use of biodiversity, including genetic resources, in the Andes and the Himalayas.

The launching of this KMDev focused discussion on water management in mountain areas in the context of climate change hopes to build on the previous discussions, demonstrate the benefits of information exchange between our mountain regions, and our sustained commitment to strengthen awareness of the importance and potential for cooperation between the Andean and Himalayan region.  Water management in changing environmental conditions will need to merge both the ancient technologies that dealt with similar situations, and innovative alternatives of today.

It is time for mountain countries to recognize the dynamic nature of their mountain environments and traditions and thus, despite differences, learn from each other. It is likely that Commonalities will become more and more evident, and initiatives identified that could harmonize exchanges between mountain regions and the adjacent lowlands. In addition, international agreements of co-responsibility on the utilization of global natural resources, such as water, will most likely evolve into international, inter-regional, and national treaties.

It is our aspiration that this third HimalAndes exchange opens up a wider view of the benefits of information exchange and potential for future practical mountain to mountain cooperation.