Literally, “mushrooming:” Regional experts team up for sustainable forestry and make a discovery beyond borders 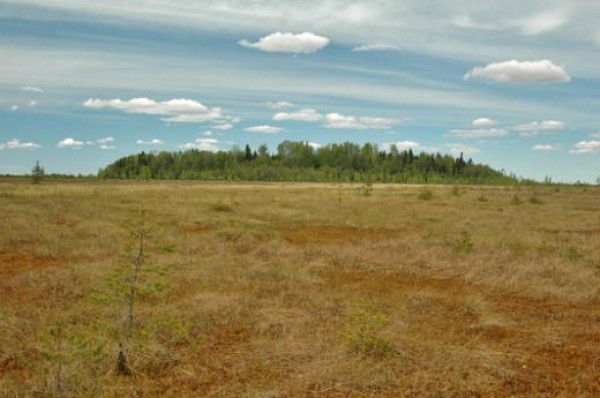 “When we organized our first commercial Master Class, we did not expect all this to happen” said Andrey Zaytsev, FLEG Country Program Coordinator for IUCN Russia, “I am very pleased to see that the Forest Law Enforcement and Governance Program (FLEG II) represented the starting point for a fruitful transboundary scientific collaboration”.

In September 2015, FLEG experts supported the organization of a three-day hobby-tour in Tsevlo, a village of Bezhanitsky Municipal District, situated in the Polistovsky Nature Reserve. On this occasion, over fifteen participants learned how to produce paper and dyes from mushrooms.

To realize this initiative, Yulia Orlova, one of the organizers, engaged the Estonian instructors Airi Gailit and Anna Baklan, expert mycologists specialized in the art of mushroom dyeing.

Already on the first day of the Master Class, Ms. Baklan proved to be incredibly skillful in the identification of fungi and mushrooms. During the excursion in the forest, the Estonian mycologist discovered dozens of species that had never been found before in this area.

Impressed by Ms. Baklan’s level of expertise, the Head of the Research Department of the Polistovsky Nature Reserve, Ms. Svetlana Igonina, invited her to conduct in-depth research on indigenous fungi over the year 2016. In particular, the aim of the study will be to compile a large-scale inventory of fungi species in the reserve and its environs.

In order to pursue this scientific purpose, the reserve will allocate additional funds to the next Master Class and extend the collaboration with the Estonian expert. During the 2016 edition of the hobby-tour, Ms. Baklan will have larger resources at her disposal to investigate the fugal diversity of the region. As a result of this joint international research activity, a publication will be released.

“This unexpected scientific collaboration was a very pleasant surprise for me” said Mikhail Yablokov, Director of Polistovsky Reserve, “The initial objective of FLEG’s involvement in the region was to develop and implement sustainable forest use models.  The presence of such a bright professional as Anna Baklan brought about an activity that will certainly benefit our reserve. The establishment of this international cooperation with Estonia, one of our European neighbors, will definitely contribute to shedding light on the biodiversity of the entire ecoregion”.

Like this experience shows, local and international interests in the forest sector are often interconnected. This FLEG initiative was originally planned to teach forest-dependent communities how to make profit from non-timber resources, but it triggered an international scientific project of great importance. As stated in the Saint Petersburg Declaration, close cooperation between different actors at a global level should be fostered and facilitated, and this is fully compatible with the efforts to support sustainable local management of woodlands.