October 16th, World Day of Action For Food Sovereignty and against transnational corporations 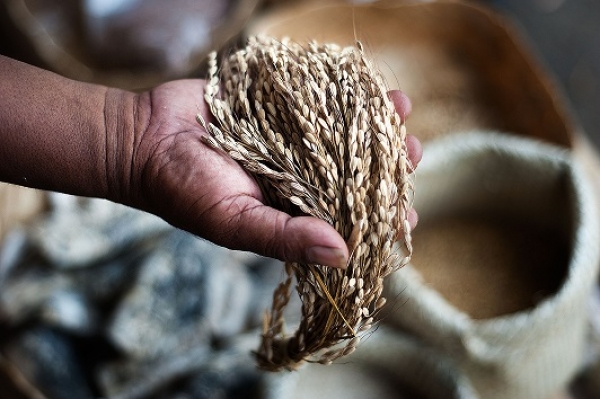 Food Sovereignty is the right of the world’s peoples to produce and consume healthy food. Food cannot be reduced to a commodity in the hands of the transnational corporations

The international peasant and family farmer movement, La Via Campesina, is calling upon its member organisations across the world, and on grassroots organisations, allied social groups, and concerned consumers to be part of the World Day of Action for Peoples’ Food Sovereignty  and against  transnational corporations, this coming October 16th, 2014.

Every year La Via Campesina organizes this Day of solidarity, resistance, and mobilization in order to make citizens aware of the current threats to Peoples’ Food Sovereignty.

To this end, we believe that it is important, and absolutely necessary, to strengthen the alliance between those who work in the countryside and those who work in the city. The human right to food should not only refer to availability; it should also ensure that the available food is wholesome, healthy, and culturally appropriate.

In 1996, in Rome, La Via Campesina introduced Food Sovereignty as the right of the world’s peoples to decide upon their own food and farming policies, giving preference to local production and distribution systems - in the hands of peasants and family farmers - that meet the needs of the population.

Today, taking advantage of the triple alliance between states, banks, and communications media, transnational agri-business gives widespread advertising coverage to the large-scale agricultural model, which, it is argued, is very highly productive and is able solve the food crisis. In reality, however, at this very moment, more than a billion people in the world suffer from hunger and starvation, while the transnational corporations, solely motivated by profit, continue to speculate with food.

Agribusiness drives millions of  peasants and family farmers, women and men off their land and away from their territories, leaving the countryside without farmers, leading to a concentration of control over natural resources such as land and water, and destroying biodiversity.

Moreover, companies such as Monsanto, Cargill, Bunge, Dupont, and AMD, among others, have taken over and are monopolizing world trade in grains and seeds, criminalizing the ancestral practice of saving, and exchanging seeds. Agribusiness encourages the indiscriminate use of toxic agricultural chemicals, which both degrade the soil and threaten the lives of farmers, farmworkers and urban consumers.

On this World Day of Action taking place on October 16th we, peasants and farmers, women and men of La Via Campesina reaffirm the urgent need for Comprehensive Agrarian Reform as a means of attaining Food Sovereignty; and we endorse agro-ecological production as the alternative farming practice that is consistent with our plans for the future as peasants and family farmers, which also mitigates the effects of climate change and cools the planet down.

Therefore, on this October 16th – the World Day of Action for Food Sovereignty and against Transnational Corporations – we will be mobilizing: taking over land; holding forums; organizing agro-ecological festivals and occupying the streets of towns and cities. We will raise our voices in order to express our resistance to land grabbing, the use of toxic agricultural chemicals and genetically-modified seeds and to call for Comprehensive Agrarian Reform and Food Sovereignty, which together imply a radical transformation towards a fair and decent food system for the world’s peoples.

They would like to record all the actions taking place in your organisations everywhere in the world:  photographs; forums; marches; video screenings; seed exchanges; agro-ecological festivals. Please send your information to: lvcweb@viacampesina.org