A Peruvian farmer is suing an energy giant over climate change 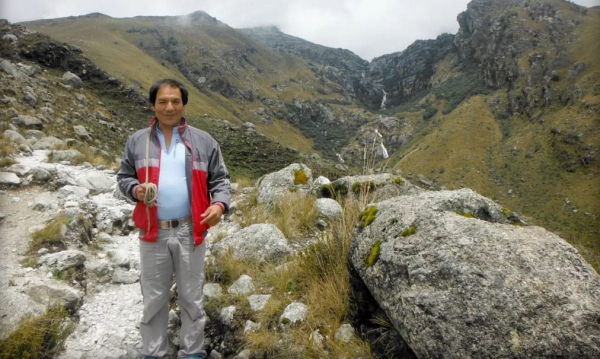 A Peruvian farmer and mountain guide will be the subject of much debate in Paris this week.

In a legal challenge well timed to coincide with the Paris climate talks, the guide, Saul Luciano Lliuya, filed a lawsuit last Tuesday against German energy giant RWE for its contribution to climate change. It is the first such claim in Europe, and it could set an important legal precedent at a time when the world’s first climate change refugees are just beginning to emerge.

As hundreds of glaciers crowning the Andean peaks above Lliuya’s hometown of Huaraz melt, they are swelling a glacial lake that threatens to inundate the town, destroy his house, and displace his family. Lliuya lays the blame partly on RWE, which describes itself as "Europe’s biggest single emitter of CO2." He wants the company to help pay for engineering projects that will prevent the lake, called Palcacocha, from overflowing its banks and sending giant waves, mudslides, and blocks of ice hurtling down the Santa River Valley into Huaraz.

A GLACIAL LAKE THREATENS TO INUNDATE THE TOWN, DESTROY HIS HOUSE, AND DISPLACE HIS FAMILY

​Over the past 40 years, the lake has grown in size by eight times and in volume by 30 times, and local authorities are constantly declaring a state of emergency as it threatens to release surges of flood water. In 1941, a giant chunk of glacier broke off into Palcacocha, generating a deadly wave that flooded a third of the city within minutes and killed more than 5,000 people. Lliuya’s house lies directly in the flood path, which has been mapped using GIS by researchers from the University of Texas at Austin.

Lliuya, who cultivates potatoes, corn, wheat, and quinoa, has been watching the glaciers of the Andes’ Cordillera Blanca mountain range melt since he was a boy. But their retreat became even more apparent when he began working in the mountains as a guide in 2001. "Year after year I could watch them disappear when I went to work," he wrote in an email from Paris, where he will be attending the UN climate talks. Not only do the melting glaciers bring immediate risk of damage to human life and property, when they are gone, the region’s source of fresh water will disappear with them, he wrote. "There is no life without water." 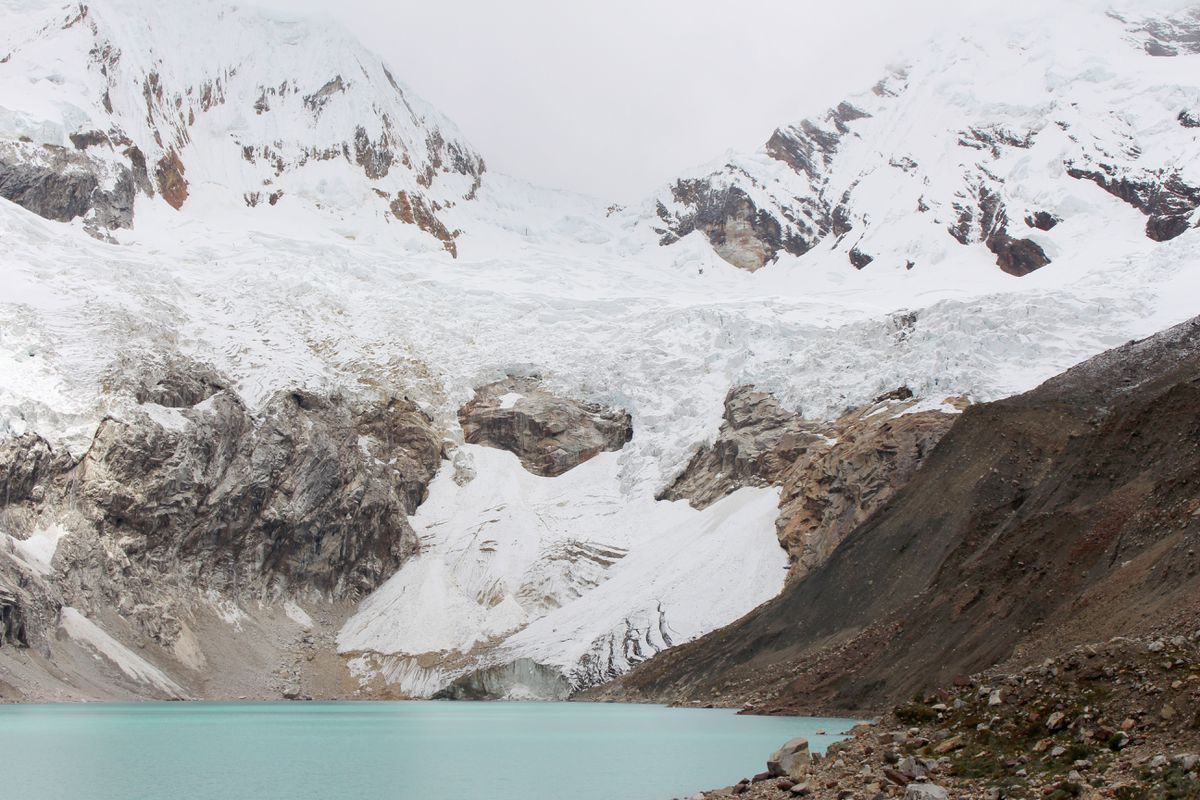 In 2014, the Peruvian government announced that climate change had shrunk the country’s glaciers by 40 percent over the past four decades. And the Intergovernmental Panel on Climate Change agrees: glacial melt in the Andes is one of global risks most clearly attributable to climate change, according to its 2014 report.

The sum Lliuya is demanding is small, just $21,000, or 0.47 percent of the estimated cost of engineering projects that would protect against flooding of Lake Palcacocha. According to the Institute of Climate Responsibility in Colorado, RWE is responsible for 0.47 percent of all global warming emissions produced from 1751, around the time of the Industrial Revolution, to 2010. But if Lliuya's suit is successful, it could open the way for many more such claims to be filed in European courts.

Lliuya first filed a letter of complaint in March, but after the company rejected his request for compensation, he decided to go ahead with a lawsuit. His lawsuit is backed by the German nonprofit Germanwatch. RWE said the company "sees no legal basis" for the claim, citing a case from the 1990s known as "Waldsterben," in which German courts denied that German companies emitting sulfur oxide were liable for damage done to Swedish forests by acid rain.

But Lliuya’s German lawyer Roda Verheyen argues that it is much more difficult to show a causal relationship between sulfur oxide emissions in Germany and damage to Swedish forests than it is to link greenhouse gas emissions and global climate change. She says that there is no precedent for her client’s lawsuit, which marks the first time a plaintiff has sought damages from a European carbon polluter for the impacts of climate change.

In the US, similar claims brought against energy companies have been rejected. In both American Electric Power Co. v. Connecticut and in Kivalina v. ExxonMobil Corp., judges decided that carbon dioxide emissions are regulated under the Clean Air Act, and therefore that any claims against CO2 emitters were best taken up by the legislature rather than the courts. But Verheyen says that the American legal theory that supports such arguments, called the "political question doctrine," does not exist in Germany. 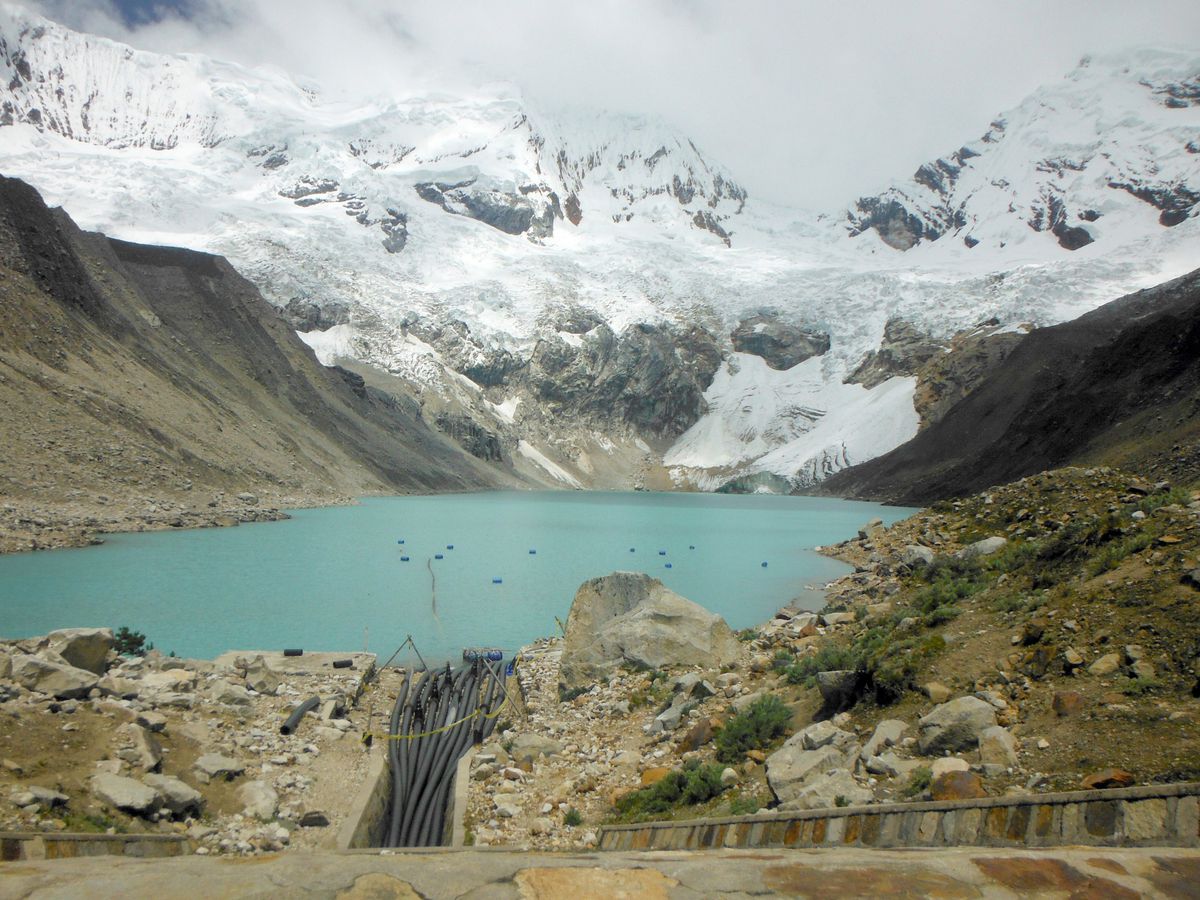 "Germany does not have a political doctrine, which was the basis for the rejection of all similar climate cases in the US," she wrote in an email. "In Germany, the court cannot reject a case on the basis of such a theory." The question, says Verheyen, is whether German courts will accept claims for damages done to a property outside of its borders. A 2014 climate litigation report from Environmental Alliance Worldwide (ELAW) suggests they can: under the 2001 Brussels Regulation, plaintiffs can "file a case in a European Union member state against a corporation domiciled in that country for climate damages that take place outside of Europe."

"In cases like this, you’re building a foundation for holding people accountable. You’re sort of creating new law," said Bern Johnson, executive director of the Environmental Alliance Worldwide (ELAW), a coalition of public interest attorneys, scientists, and other advocates that is advising on the Lliuya case. "My view is that the damage we’re doing to the climate may be the gravest injustice in decades at least, and maybe ever. Legal systems exist for the purpose of remedying injustice, so courts should be able to find a way to remedy this injustice."

A couple of recent climate change claims have had success in the courts, but in both cases the plaintiffs aimed to force governments to act rather than to retrieve damages from corporations. In a landmark case in August, a Dutch district court required the Netherlands to make deeper carbon emissions cuts based on human rights arguments. And two weeks ago, a judge in Washington state determined that the state environmental authority has a legal duty to fight climate change. The "very survival" of the teenagers who brought the lawsuit "depends upon the will of their elders to act now, decisively and unequivocally, to stem the tide of global warming," the judge wrote in her decision.