Q&A: Peruvian Ecologist Vows "You Fight Until You Fall Dead" 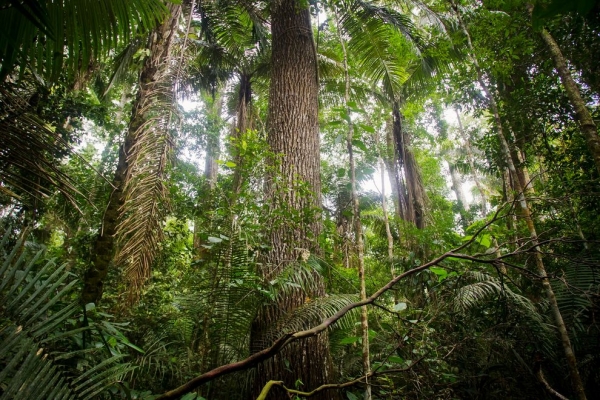 As Peru relaxes environmental safeguards, a prominent ecologist explains why he resigned from his government post. Manú National Park, in Peru's southern Amazon region of Madre de Dios, contains one of the largest remaining tracts of unlogged rain forest. Peru recently weakened many of its policies protecting the environment.

COCHA CASHU BIOLOGICAL STATION, Peru-Ernesto Ráez-Luna, a prominent Peruvian ecologist and environmentalist, has spent his career fighting for the Amazon rain forest. In 2011, he was appointed as an adviser to Peru's Ministry of the Environment. In this role, Ráez-Luna was involved in organizing the 20th Conference of the Parties (COP20) of the United Nations Framework Convention on Climate Change-the world's most important climate meeting; Peru is hosting the COP20 in December.

But in July, Ráez-Luna resigned over the administration's support of a law that, to the horror of environmental groups around the world, rolled back many green policies established in Peru during the past decade. The Ministry of the Environment, which was created in 2008, lost its authority to establish nature reserves protected from mining and oil development. On September 20, protesters marched on the environment ministry's headquarters in Lima, demanding green reforms before the UN Climate Summit in New York City.

National Geographic interviewed Ráez-Luna in Manú National Park, one of the largest remaining tracts of unlogged rain forest, where he is "recharging his batteries" in nature after his stint in politics.

You resigned because you could not support a law that reduced or removed fines for companies that break environmental laws, among other rollbacks of environmental protections. Why did President Ollanta Humala's administration enact such a law in the first place ?

The government blames the decline in our economic growth-a decline of only a few months-on too many environmental rules and red tape. This was a version of events promoted by a group linked to extractive industries that published a lot of newspaper articles and gained the ear of the president. This was officially Peru's year of "corporate responsibility and climate commitment," and I was the liaison between the ministry and civil society. I couldn't tell them lies about this law.

Besides repealing this law, what needs to be done to help the rain forest ?

We need protected areas. You cannot strictly protect 100 percent of the forest because native people have a right to stay. And people will want to build roads and mine the oil and gas under the forest, and I think that you can do that with a very small impact. The technology is available; you can have development and protection of the forest. But is it done that way? No.

But we also need to change consumption patterns. We are losing the rain forest because of the boom in the middle class of China and their desire to eat more pork. Our soy feeds the pigs, and we grow the soy on what used to be rain forest. (Editor's note: Ráez-Luna is referring to the Brazilian part of the Amazon; Peru doesn't export soybeans.) So it is about changing our own lives. You can't drive an SUV and call yourself an environmentalist, for example.

How do you rank climate change as a threat to the Amazon rain forest ?

Climate change is a real thing, and we are causing it. There is no doubt. But there are things that happen today-not in five years or 50 years-that are killing the rain forest: deforestation linked to agribusiness, unsustainable mining, pollution with pesticides and fertilizers. The old threats are still there and they are as powerful as ever. It becomes problematic when you can get money to address them only if your proposal somehow involves climate change.

Still, some of the models are very grim. They suggest that the climate that sustains the rain forest will change so much that all this around us now will be gone. And you look at the gap between what needs to be done about it and what we are doing-this meeting in Lima will just produce a draft of an agreement that probably won't go into effect until 2020-probably we will not escape this fate.

If the odds are that the rain forest is doomed, then why fight for the Amazon? You fight until you fall dead. It is not about the odds; it is a matter of how you lead your life. If you fight for the right, then when you die you can rest in peace.