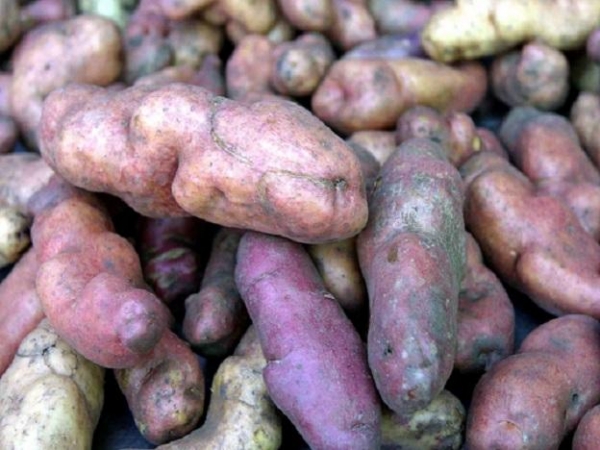 As stated in a recent Fun Fact Friday article about potatoes, the tasty tubers might be grown all over the world today, but they originated in Peru between 7,000 and 10,000 years ago.

So it makes sense that the greatest variety of potatoes can be found in the Andean regions of Peru.

Supporting this statement is the recent announcement that scientists have identified 130 potato varieties in northern Peru.

“Sartinera”, “Romancera”, “Shailina Morada”, “Calata” and “Ojo de Cuy” are just a couple of the names of the 130 varieties found in the Chugay community of La Libertad.

According to Alberto Maurer, director of he National Institute of Agrarian Innovation (INIA), the discovery is “evidence that coordination between science and the ancestral knowledge of the Andean communities represent a virtuosic relationship in which we all win,” reports Telesur.

The INIA, the International Center of the Potato (CIP), the Pataz Assocation and the Municipality District of Chugay worked together to identify and catalog the new varieties.