Now NASA wants to grow potatoes on Mars for real 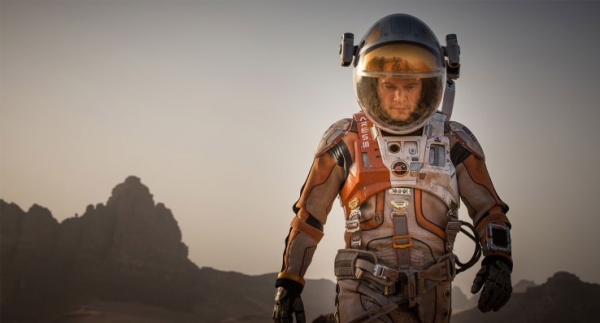 In the hit movie, “The Martian”, NASA astronaut Mark Watney survives by planting potatoes in one of the modules of the Mars base who is stranded at. The plot device received a great deal of praise from space agriculture experts, according to a recent story in Popular Mechanics. Of course, future space farmers would be advised to grow a variety of crops in order to diversify their diet, not an option for Watney. In any case, according to a story in ZME Science, NASA is partnering with Peru’s International Potato Center (CIP) to do what Watney did and grow potatoes on Mars.

“Back in real life, NASA has partnered with the CIP with the intended goal of ultimately growing potatoes on Mars under a controlled dome. Why? Because potatoes are freaking resilient and nutritious. These are excellent source of vitamin C, iron, and zinc, they contain critical micronutrients. ‘How better to learn about climate change than by growing crops on a planet that died two billion years ago?’ said Joel Ranck, CIP Head of Communications. ‘We need people to understand that if we can grow potatoes in extreme conditions like those on Mars, we can save lives on Earth.’”

It should be noted that in order to sell the project to NASA, and thus get funding to proceed with it, the CIP had to throw in climate change as part of its proposal. NASA is embarked on the Journey to Mars which will, or so it is planned, conclude with astronauts exploring the Red Planet 20 years or so from now. Add in the obvious movie tie in, something the space agency seem to be obsessed with recently, and the project should have sold itself.

Potatoes are not going to sprout in the soil of Mars anytime soon. In the meantime, the Peruvians will create a simulated Mars farm, with soil similar to what can be found on the Red Planet, and an atmosphere that is 95 percent carbon dioxide. Since plants love CO2, an atmosphere comprising the gas should create incredible yields.

Then, sometime in the future, a real life Mark Whatney will grow Martian potatoes. Hopefully the potato patch will not be necessary for survival, but rather as a source of Martian fries.