We won't conquer the mountains of the SDGs without humility 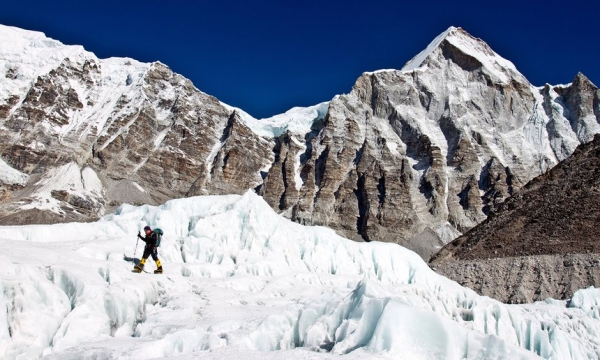 Even before Brexit, we were already behind where we needed to be with the sustainable development goals. Progress depends on staying humble.

It was always going to be a monumental task: 17 goals, 169 targets and countless (and hotly disputed) indicators to measure success along the way, the trillions of dollars needed and the political will to make it happen.

Even at the best of times, this is an Everest-esque climb. But in an era where embattled populations are shrinking away from global co-operation, as they too endure the scars of austerity and economic decline, it becomes a pipe dream. With a Trump-Farage world on the ascent, the sustainable development goals feel like a hopeful group of children having a nice tea party with their teddies while the neighbourhood burns around them.

It should come as no surprise that less than a year after the signing of the sustainable development goals (SDGs) by world leaders, actual commitments have disappeared into the ether. Many experts, even before Brexit, acknowledge that with a seismic shortfall of $3.1tn we’re already well behind where we need to be. The phrase “put your money where your mouth is” rarely feels so apt.

Goals, sadly, are imperfect. Politics interferes with funding, while economic growth may be incompatible with environmental risks. The SDGs’ predecessor, the millennium development goals (MDGs) fell behind too, and they were, in theory, more focussed and easier to imagine being delivered. A basic traffic light report from 2005 shows several of the MDGs (pdf) were in reverse five years after they were committed to.

And yet I feel moved to (at least temporarily) park my inherent cynicism. In spite of the political maelstrom that’s emerging in Europe and beyond, I still can’t help feeling more optimistic about the SDGs, even with the initial signposts telling me otherwise.

Unlike the MDGs, the SDGs continue to elicit genuine engagement from a wide group, from schools to social enterprises. People seem to have taken on the challenge and adopted them as their own. I now hear more conversations than I ever did about how people can contribute to the SDGs.

And unlike the MDGs, the SDGs recognise the interconnected and systemic nature of the challenge of development. You can’t tackle food security without addressing climate change or the rights of small farmers; you can’t address hunger without considering women’s employment. And unlike the MDGs, of course, the SDGs are global. They were born through a process of inclusivity and will ultimately be executed in the same way.

What the SDGs need now is perspective, both in terms of what can be achieved and how. In this context, countries would be better off taking a selection of goals they think they can implement and concentrating on those, with poorer countries negotiating with donors a reasonable and achievable contribution.

This isn’t the end game. 2030 is less than 15 years away, and we are trying to achieve the SDGs under the most difficult of circumstances: austerity, wars, refugee crises and the onset of climate change, let alone Brexit. We are undeniably in the midst of what will be seen as an extremely challenging point in history and many of us might agree that it could be catastrophic if action isn’t more urgent.

Fortunately, some countries appear to be taking things in hand. Every country is meant to establish their own plan to implement the SDGs in practice. Developing nations appear to be ahead of the game, with many having already developed or being well into the process of developing a plan of action, from Sierra Leone (pdf) to the Philippines. The UK, meanwhile, still seems to be arguing over which department should lead, and no doubt this will all be up for grabs in the months and years to come.

Perhaps the SDGs can provide a beacon for what a fairer, sustainable society should look like in a post-Brexit world. Governments, including those in the north, should be embedding the principles established by the goals, from inequality to sustainability to decent work for all, as they redefine their relationships with global institutions and their populations alike.

Perhaps what we need to celebrate and measure is participation and dialogue rather than upfront progress. Let’s shed our Pollyanna-style hope, and reject the grand and often empty aspirations from leaders or celebrity experts: no, Jeffrey Sachs, even this is not the “end of poverty”. Instead, this is a humble, challenging and occasionally inspiring journey: around a mountain, through the foothills with the occasional view, not a direct ascent. It’s more Ben Nevis than Everest perhaps, with higher peaks that will still need to be climbed long after 2030 has passed.