What is a mountain? Background paper to definition of mountains and mountain regions 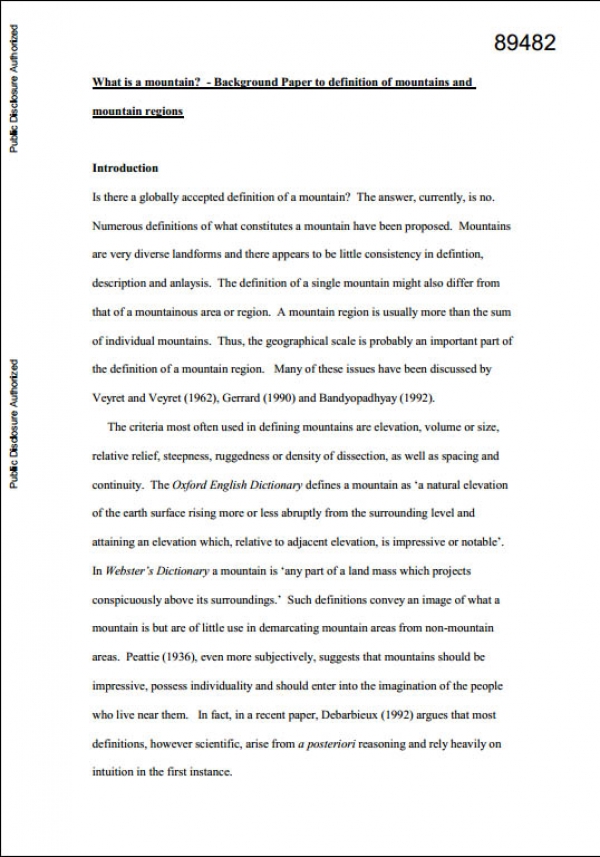 Mountains are very diverse landforms and there appears to be little consistency in definition, description, and analysis. The definition of a single mountain may also differ from that of a mountainous area or region.

A mountain region is usually more than the sum of individual mountains. Thus, the geographical scale is probably an important part of the definition of a mountain region.

The criteria most often used in defining mountains are elevation, volume or size, relative relief, steepness, ruggedness or density of dissection, as well as spacing and continuity.

To overcome the problem of the orientation of the grid corresponding to lineation's in the topography the grid was rotated three times and the average value obtained. The total area of the countries was obtained in the same way and the proportions covered by mountains calculated. It is believed that this methodology provides a consistent indication of the proportion of a country that is mountainous.