Where’s the snow? It’s at a 500-year low in California’s Sierra Nevada mountains 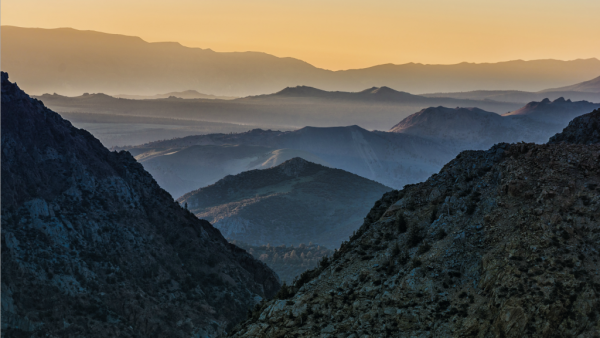 California’s record multiyear drought is severe, but new research suggests that, historically, it may be even worse than previously thought.

In a paper published Monday in the journal Nature Climate Change, researchers, calling their findings “an ominous sign of the severity of this drought,” found that the snowpack in California’s Sierra Nevada mountain range is at the lowest it has been for more than 500 years.

What’s worse is it may become the new normal in California.

The combination of increased temperatures, low precipitation, and record-low snowpack in the state altogether “suggests that the occurrence of much reduced snowpack is likely to be less rare in the future than it has been over the past half-millennium or longer, meaning less storage of water as snow,” Eugene Wahl, co-author of the paper and scientist at the National Oceanic and Atmospheric Administration, told The Huffington Post.

NOAA posted these NASA satellite images of the Sierra Nevada Mountains on their website to help illustrate the severity of the report’s findings — one from 2010, the last year in the state with average winter snowfall, and one from 2015. The differences are dramatic:

Wahl explained that the role that higher temperatures are playing in the paucity of snowpack in the state was found to be stronger at lower elevations, below 7,000 feet, where the researchers estimated the current year’s snowpack to be “more on the order of a once-per-1,000-year event.”

And while many climate models suggest that much of California could actually see some increased water precipitation by the latter half of the century, as global temperatures are also expected to increase, Wahl says that this doesn’t change their findings because those higher temperatures are likely to cause a “net reduction” in soil moisture overall.

Similarly, the much-anticipated “monster” El Nino weather event forecast to hit California in the coming months is likely to arrive during yet another warm winter season in the state. So while it may bring more rain, it’s not clear that it would contribute to a larger snowpack because of that increased temperature.

The scientists note that their findings are particularly bleak given that Sierra Nevada snowpack is relied on to replenish water reservoirs, providing 30 percent of the state’s water supply.

“The ongoing and projected role of temperature in the amount and duration of California’s primary natural water storage system thus foreshadows major future impacts on the state’s water supplies,” the paper concluded.

To reconstruct snow conditions and temperatures of California’s past, researchers examined regional tree-ring data stretching back to the year 1500, as well as an analysis of reporting stations in the mountain range that help to measure snowpack levels.

After officials recorded record-low snowpack earlier this year, Gov. Jerry Brown (D), while standing on a dry grassy meadow in the Sierra Nevada Mountains where several feet of snow would usually sit, instituted mandatory water restrictions in the state for the first time in history.

California is parched, nearing the start of the fifth year of a punishing drought. The report’s findings add further context to help understand just how extreme the state’s conditions have become. And while regular, even serious, droughts are not uncommon in the Golden State, global warming has been linked to the acute nature of this current event.