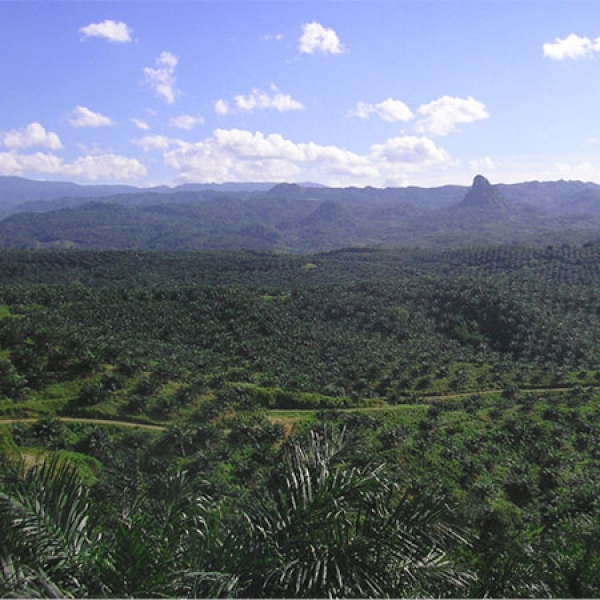 Placing a value on ecosystem services in a way consistent with national accounts, many say, is a critical step towards sustainable ecosystem management.

Systems of National Accounts (SNA) used in many countries already incorporate some of the benefits society obtains from ecosystem services, such as food production. However, SNAs exclude many benefits due to the challenges that accounting for all ecosystem services represent, e.g. the feasibility of valuing the capacity of ecosystems to generate services and its flow in a monetary fashion. Ecosystem accounting seeks to provide ways in which these obstacles may be surmounted and incorporate benefits that until now are disregarded — such as carbon sequestration or habitat provision. It also allows tracking variations in the stock of ecosystem capital, defined as the bedrock upon which the well-being of future generations depends.

In a study published in the journal Ecosystem Services, a team of authors explores how to value and map ecosystem services in a way that can be consistent with national accounts. They explore a framework for valuing four provisioning services (timber, rattan, oil palm, and paddy rice production), one regulating service (carbon sequestration), and two cultural services (wildlife habitat and recreation) in the province of Central Kalimantan, Indonesia, a region subject to rapid land use change and deforestation. The researchers develop an innovative approach for valuing biodiversity, i.e. habitat conservation for orangutan, an endangered species. The ecosystem services values obtained may serve to inform decision making regarding policy trade-offs. This is of special relevance in developing countries where the lack of information on the value of natural capital has hindered the prevention of ecosystems degradation due to economic development pressures.

For valuing the production of timber, oil palm, rattan, and paddy rice — as well as for recreation — they calculated the net income (total revenue minus costs of production) derived from the trading of these benefits in the local markets. These values enable the authors to estimate the contribution of ecosystem services to the Central Kalimantan economy. The data were collected from various sources, including financial reports from two logging companies of the region. Given the heterogeneity of the data sources and availability, the values for the resources were standardized into 2010 values. With regard to recreation, the values were obtained from entrance fees to the five parks in the region as well as the revenue directly linked to the existence of the parks. For valuing carbon sequestration and orangutan habitat preservation they employed a cost-based approach. The former was valued through the social cost of carbon, while for the latter reintroduction costs were used.

The authors determined that ecosystem services contribute substantially to the region’s economy. For instance, timber production total value was estimated at €183 million in 2010, with an average of €30 per hectare. Oil palm production, at its peak (once the plant is 10 years or older) was estimated at €2,060 per hectare per year for plantations in mineral soils. The average net income from rattan production was €82 per ton, for a total of €390 million in 2010. Paddy rice production in 2010 amounted to €222 million, with an average of €289 per hectare. They estimated that the value of the carbon sequestered in 8.2 million hectares is equivalent to €1990 million in 2010. The value estimate for recreation was €644,000 per year. Finally, value of orangutan habitat — based on, the avoided costs of reintroducing the species in those areas where they are found in the wild (33,000 individuals in the Central Kalimantan province) — was estimated at €6,336,000 per year.

While these values may be useful to inform decision-making, especially in the context of environmental management, the authors recognize that there remain limitations to the approach that should be taken into consideration. The results capture the values of flows of ecosystem services; however, it’s also important to measure and value the capacity and the condition of the ecosystems to generate these services (conceiving the ecosystem as an asset). Furthermore, some of these benefits are difficult to measure because, for instance, the ongoing debate about the best way to calculate the social damage costs of carbon. Additionally, the lack of information on some of services and benefits gives way to inaccuracies in estimating values, particularly when data needs to be generalized to make up for missing information. Finally, the valuation of wildlife habitat is only partial due to the fact that just one species was considered; by not including the rest of the species, the final number considerably underestimates its true value.

The study demonstrates the potential benefits of incorporating monetary values of ecosystem services to help inform decision-making in areas such as ecosystem management and land use planning. By eliciting costs and benefits, ecosystem accounting allows environmental managers and, more generally, decision-makers to assess the efficiency, or lack thereof, of policy actions from a social perspective.