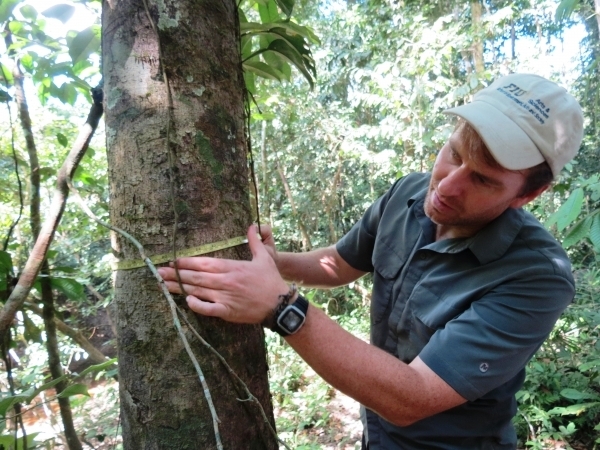 That's at least according to a study recently published in the Proceedings of the National Academy of Sciences (PNAS), which details how tropical tree species in the Andes are at risk of extinction with ongoing warming.

"The effects of climate change are everywhere - you can't escape it," Kenneth J. Feeley, a researcher with Florida International University, said in a statement. "Some people hold the notion that the Amazon is an isolated ecosystem, immune to [temperature] disturbances. We need to change our mindset and open our eyes to the fact that even in the middle of the Amazon or the remote Andes Mountains, species are at risk. Tropical forests, and the thousands of rare or endemic species they support, are highly sensitive to changes in climate and that they are perhaps some of the most threatened ecosystems of all. Climate change is pervasive and dangerous."

According to Feeley, while the effects climate change and rising temperatures have on forests have indeed been extensively studied, researchers have mostly focused on aging adult trees or a forest as a whole. That's why the researcher and his team decided to look closer - specifically at low-altitude verses high-altitude trees. What they found was a stark example of how climate change's influence can go unnoticed. (Scroll to read on...)

Mapping and measuring more than 32,000 individual plants representing more than 1,820 species in the northern Andes Mountains and northwestern Colombia, the team determined that high-land species were becoming increasingly sparse with rising net temperatures.

This alone isn't new news. A study recently published in the journal Biological Conservation recently reached similar findings for the Wet Tropics World Heritage Area in Queensland, Australia - a well-known and ideal example of high-altitude, tropical forests. They estimated that by 2080, the region will very nearlylose all ability to host the cloud-loving plants that grow 1000 meters or more above sea level.

The results of that study suggested that the climate norm for the region is radically changing, growing too warm for many specialized tree species. Traditionally, as seen during seasonal shifts, the plants would just find new and cooler ground. However, "they already live on mountain tops," explained researcher Craig Costion, "they have no other place to go."

The PNAS study tacks onto those findings, providing evidence that a similar phenomenon is occurring in South America. What's more, Feeley and his colleagues determined that it isn't exactly deforestation that will be the result of this decline. Instead, a "grand migration" of low-land forests is occurring, utterly overhauling the mountain chain's ecosystems.

This, of course, could lead to a significant shift in South America's food chain, one that wildlife experts and land managers alike should be prepared for.

"This data is invaluable for assessing the consequences of climate change," added Christopher Baraloto, director of the International Center for Tropical Botany at FIU. "It is not easy to compile long-term information with precise botanical determinations in remote tropical forests, and we must invest in research projects like this across the tropics so that we can continue to monitor the impacts of climate change."