Change is in the Air: Centre Set to Unravel Mountain Mystery 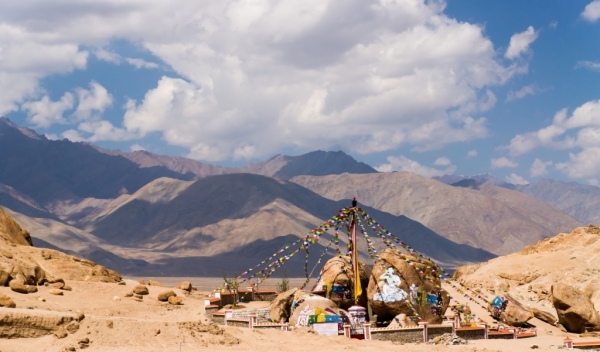 A controversy erupted on the projected speed of glacial melt in the Himalayas after the Intergovernmental Panel on Climate Change (IPCC) erroneously quoted non-peer reviewed study in 2009 stating Himalayan glaciers were likely to disappear altogether by 2035. They later admitted it as a mistake.

Realising the necessity, the Union government for the first time has taken up the task to conduct a comprehensive study to unravel the Himalayan mystery. The Wildlife Institute of India (WII) under Ministry of Environment and Forests (MoEF) and the Department of Science and Technology have now been tasked to assess and monitor climate change effects on wildlife species and ecosystems for developing adaptation and mitigation strategies for the ecologically sensitive Himalayan region.

The project would primarily cover Ladakh’s mountainous region, northwest, west, central and eastern Himalayas and would result in species-specific data and help in conducting focused research. There have been conflicting studies available when it comes to melting of Himalayan glaciers and its impact on flora and fauna.

The study would be carried out over the next few years as part of the National Mission for Sustaining the Himalayan Eco-system (NMSHE) under India’s national action plan of climate change with an allocation of Rs 550 crore. The Mission covers 12 Himalayan states of Jammu and Kashmir, Himachal Pradesh, Uttarakhand, Sikkim, Arunachal Pradesh, Nagaland, Manipur, Mizoram, Tripura, Meghalaya, Assam and West Bengal.

Explaining the need behind the study, a senior scientist associated with the study said the effects of climate change are more pronounced in places such as the Himalayas, where the network of snow-clad mountains, ice-peaks, high-intensity drainage and precipitation characterises the landscape.

“As of now, we don’t have any comprehensive government data on impact of climate change on Himalayas and all our data is based on studies done by individual scientists or institutes in India and abroad. The disadvantage is that at international forum we depend on data collected and collated by others and we don’t even know how authentic it is,” the scientist said.

The study would identify the drivers of landscape change in the region and their effects on the ecological and social systems. It would conduct focused research on wildlife aspects and human dimensions in the Indian Himalayan region and develop strategies to mitigate climate change effects on wild fauna, microflora, and their habitats in the Himalayan region.

“These results would arm India with a better understanding of the ecologically sensitive region. It would also enable the policy and decision makers to take a better informed decision as per India’s requirements and in accordance with requirements of the region,” the scientist further explained.

A senior environment ministry official further said that a range of experts from across India would be consulted for the project for the purpose of capacity building. Consultations will be done with experts from the National Botanical Research Institute, Lucknow (NBRI); Indian Institute of Tropical Meteorology (IITM, Pune); University of British Columbia, Canada; University of Chicago; and Center for Sciences, Indian Institute of Science (IISc, Bengaluru) for their help and advice in modeling climate effects on selected species of fauna in the region.

“One of the objectives of the study is to build capacity within the WII and of other stakeholders for sensitisation and development of action plans for climate change impact mitigation and to enhance capabilities for negotiations at the national and international forums” the MoEFCC official added.