Information and coordination: facing challenges in environmental governance systems in the Andes 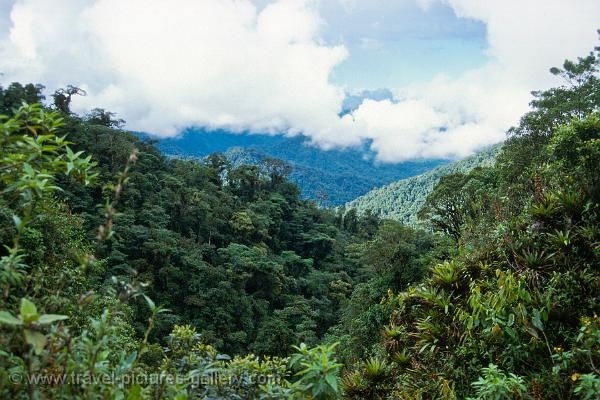 The Andean region shares with other mountain areas in the world steep environmental gradients interacting with complex social and economic dynamics that influence patterns of access to and use of natural resources. In this context, environmental governance systems at multiple levels in the Andean countries face challenges related to the lack of adequate information in a scenario where few long term observation initiatives of social and environmental systems exist. Recent efforts to develop and sustain monitoring of key environmental variables at the national and subnational scales have appeared in the context of preparation of responses to climate change. For example, most of the initiatives aimed at creating an enabling environment for the establishment of a potential mechanism for reduction of emissions from deforestation and forest degradation (REDD+) in the Andean countries have considered the development and strengthening of monitoring, report and verification strategies in the forest sector. However, these advances in many cases do not connect directly to the information needs of decision makers at more local scales.

At the same time, the progress made towards the decentralization of environmental governance in the Andean countries has also generated substantial challenges in terms of coordination of goals and actions. Vertical integration of governance systems (e.g. between central and regional governments) normally face barriers related to differing and often conflicting interests, roles and views of legitimacy regarding  decisions about territories and their resources. These problems are even more accentuated between governance systems embedded in formal institutions (e.g. public agencies) and more local systems structured around a mixture of formal and customary institutions that are normally closer to the goals and needs of resource users. Horizontal coordination within the same (or similar) levels of governance is also challenging in terms of differing political views, highly heterogeneous environmental conditions and productive orientations, among others.

These two sets of bottlenecks that environmental governance systems face in the Andes, lack of adequate information and problems of coordination, have specific roots and call for actions in different intellectual and policy making areas. However, they share common elements that can be used to design and implement effective responses. One of such opportunities is provided by the definition of long term monitoring activities partly as a problem of collective action. Such approach generates spaces that are familiar to decision makers who often have to reach consensus and gain support for specific policy agendas. A particular characteristic of this problem is that information gaps are always recognized as an important barrier for decision making but often defined as something that other actors such as research institutions need to address.

In a recent effort led by CONDESAN, initial steps were taken to define institutional arrangements for environmental monitoring in the Ecuadorian province of Napo (more details available at http://otnapo.condesan.org/otnapo_siappt/index.html). This province is strategic in terms of fostering connectivity between Andean and Amazonian ecosystems, as it harbors well preserved remnants of natural forests and grasslands. At the same time, the area is important for the generation of hydropower and oil and mineral reserves. Environmental monitoring can be key to foster effective governance in the area and to establish robust baselines.

The first strategy was to identify mechanisms to generate key information items at temporal and spatial scales adequate for decision making at the province level. This strategy focused on generating information about the current state of forest resources and recent land use and land cover change (LUCC) dynamics, as key building blocks to monitor the state of ecosystems in the area. Also, a platform was developed to integrate environmental data generated by academic institutions and government agencies but not readily available for decision making in the province. However, the most interesting inputs were generated around the idea of integrating monitoring into the environmental governance model for Napo. This required defining roles of institutions and individuals from different sectors, prioritizing scales and thematic areas for research, and assessing potential mechanisms to secure long term sustainability of monitoring efforts. Without minimizing the importance of local dynamics in terms of political differences or power asymmetries, using an institutional approach to generate and mobilize knowledge can offer alternative solutions for a problem that normally has been addressed from the perspective of a policy – science dichotomy.