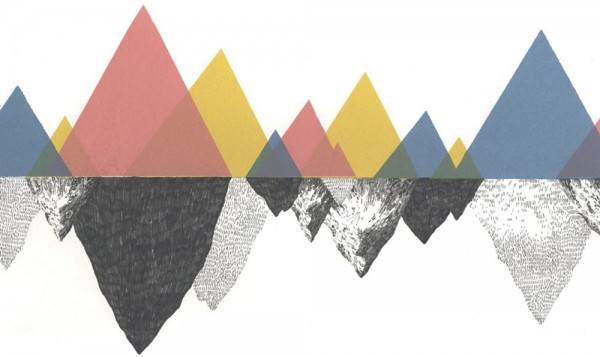 In recent years, people living in the mountainous regions of Nepal are facing acute food insecurity. Severe climate change and remoteness combined with political and social marginality make mountain people vulnerable to food shortages. According to the Food and Agriculture organisation of the UN, every one in three mountain people in developing countries is facing hunger and malnutrition.

According to the World Food Programme (WFP), people in these areas face problems in agricultural production, which leads to food insecurity. Lack of basic infrastructure—extremely poor road conditions and few bridges, health posts and schools in many remote villages—does not help either. Moreover, erratic weather patterns are having a discernible impact on the livelihoods of rural communities. Due to lack of basic services like irrigation and transportation, people of the region are becoming dependent on external sources for food.

This is a short-sighted approach taken by the state, since internal exchanges and new food customs in the region have declined as a result of it. This has resulted in an extended famine. The region has gained notoriety as the one most affected by food insecurity. Over half of the population in Karnali is highly food insecure.

On the other hand, climate change adds to the people’s burden as their livelihoods depend highly on climate-sensitive resources such as agriculture. To make matter worse, the region is relatively dry and a lot of its fields in the hills are rain-fed. Climate change has therefore direct and severe impacts on the four dimensions of food security: Availability, access, stabilisation and utilisation.

Recent media reports point out that Karnali is facing one of its worst droughts, along with an absence of snowfall and drying up of water source, as a result of which people are facing an acute food crisis. Agriculture in the region mostly relies on rain due to the lack of irrigation facilities. Unfortunately, that is also the case almost everywhere in the country—80 percent of Nepal’s agricultural land has no irrigation facilities. According to the locals of Karnali, there was little snowfall this year. They used to grow crops after the snow melted, but it has almost been seven months since the last precipitation. In Dolpa, where 90 percent of fields rely on rainfall, farmlands have remained barren this year.  Hectares of arable land lie fallow as water sources are drying up. Crop production in the five districts in the zone—Humla, Dolpa, Mugu, Kalikot, and Jumla—has fallen by half. Winter crop production has dropped by 75 percent whereas summer crop production has gone down by around 50 percent this year.

People have become increasingly vulnerable due to the food crisis. Some villagers have reached a point where they are compelled to sell their land and other valuables just to feed their families. Living on limited staples a day, selling belongings and even having to queue at the Nepal Food Corporation’s (NFC) outlets for many days to get food are not viable adaptation strategies. The number of youths migrating out of the region has increased to such levels that villages are left with only children, and old and sick people. But Karnali has been a food-insecure region for a long time; climate change has placed an additional burden on families suffering from malnutrition and food insecurity as part of their daily lives.

Regardless of the government and development partners distributing food aid in the region for decades, there has been  little improvement.  People have in fact become more and more dependent on aid, which has led to a decline in farm production, eroding the regions’s self-sufficiency. The recent food crisis is partly a result of this dependency.

The living standards of the people in Karnali have continued to fall. Different plans and policies do not appear to have made a positive impact on the region and people there have been languishing in poverty and hunger. Policy-makers need to be serious about the importance of including mountain development in their agendas and take specific measures to break the cycle of poverty and hunger that these communities are suffering from.

Moreover, the government needs to generate jobs to slow the rate of out-migration from these areas. It should declare Karnali as a drought-prone area and adopt policies and programmes suitable for the region. The government needs to think solemnly about protecting the lives of mountain people and come up with a long-term solution to food insecurity before it is too late.

Pandey is Advocacy and Knowledge Management Coordinator at KIRDARC Nepal.