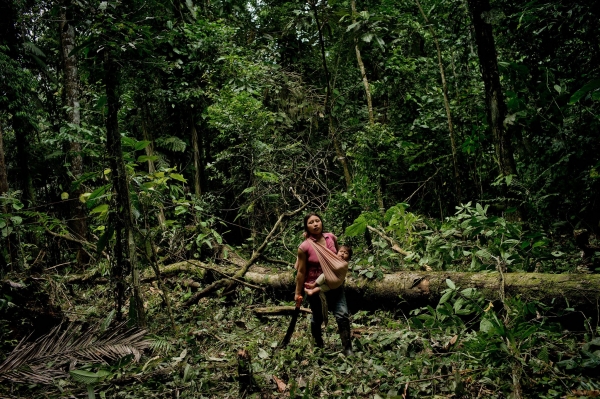 The concept of the commons is both old and new, pervasive and endangered, effective at restoring landscapes and under threat of disappearing. So were the views represented on 5 December at the Global Landscapes Forum in a panel titled Commons tenure for a common future that gathered tenure experts fromOxfam International, the Center for International Forestry Research, theFoundation for Ecological Security, and more.

Commons are resources, landscapes, or mosaics that communities utilize and manage collectively under communal norms. They provide people with food, fodder, and fuel for their livelihoods. According to a 2011 International Land Coalition assessment by Liz Alden Wiley, land managed under commons systems could represent up to 8.54 billion hectares—or 65%—of total global land area.

Familiarity with Garrett Hardin’s classic article, The Tragedy of the Commons,draws to many minds the view of uncontrollable exploitation and extraction of resources—marine fishing stocks being a frequent example. The classic economic understanding of the commons is that, ultimately, resources are depleted due to lack of coordination, regulation, or ‘freeriding’.

This simplified view of commons tenure has been debunked by many, including the Nobel Prize-winning economist Eleanor Ostrom, whose paradigm-shifting work documented the numerous arrangements used by communities around the world to manage common resources.

Today, evidence continues to suggest that commons tenure is effective in conserving and even rehabilitating degraded lands.

Jagdeesh Rao, Executive Director of the Foundation for Ecological Securitydemonstrated how, across 6,000 villages in India, enhancement of traditional commons management institutions resulted in marked improvements in landscape quality.

Today, the maintenance of commons resources depends on the security of communities’ tenure over their lands. Strong evidence exists that secure land tenure enhances conservation and increases sustainable use of those resources.

Over the last several years, more and more Indigenous communities have been able to gain legal status (and protection) of their traditional, communally-managed lands. Though this provides reason for hope, the commons tenure system is still under threat in many countries around the world.

In many places, the commons are not recognized by national laws or are subject to overlapping or contradicting rights, which leaves them susceptible to land grabs and degradation. According to Rao, over the last 30 years common lands have declined by 31 to 55% due to neglect of tenure rights and erosion of governance institutions.

Secure long-term rights to traditional lands are at the core of commons tenure. Joan Carling of the Asian Indigenous Peoples Pact suggests that the traditional use of resources by Indigenous Peoples can come into conflict with “individualistic paradigms” that underpin many systems of private property ownership.

“We’re talking about not only our rights to products and lands, we are talking about sacred sites, traditional occupations,” Carling said. “The state often promotes individual resource use, ownership, and competition, but the individual paradigm is challenged in providing for the stability of the people.”

Despite these threats and conflicts, commons tenure represents an opportunity. Steven Lawry, Director of the Forests and Governance Research Portfolio at CIFOR, discussed success stories of strengthened land rights—in Guatemala in 1992 and Namibia in 1986—where novel approaches to commons land management have resulted in improved landscapes decades later.

He suggested that improved governance tools and linkages of commons with markets is key to the security of commons tenure. “Engagement with the market can help ensure environmental sustainability. Consumers are demanding en masse that the goods we buy are produced sustainably, and are produced in a way that recognize the rights of communities. People aren’t going to buy stuff that isn’t produce sustainably. It’s a new world and we need to take that on board,” said Lawry.

Ruth Meinzen-Dick, Coordinator of the CGIAR Program on Collective Action and Property Rights (CAPRi), similarly suggests that local communities desire improved livelihoods off of their commons. “If commons just stay as subsistence then they won’t stick around, because people in these communities want money to send their kids to school or for other needs. There is a pressure to engage in cash economies. So can you make money off of managing the commons? That’s the question,” said Meinzen-Dick.

Carling maintains that engaging the commons in markets may exacerbate threats to land rights of local communities.

“We know that the development paradigm of investment is the thing destroying the commons. We have to ask is this the way of saving the commons? Is it about putting a value and putting it into markets. Who has control of the market? Corporations, not communities. The question is, is it the right direction or can we create other means?”

This is the challenge for sustaining the commons in the future: overcoming a conflict of world views. Commons are vast, diverse, and exist everywhere, but they are under threat. Securing land rights on paper is sure to be one way forward, but much more may be needed to conserve and protect the billions of hectares of commons land around the world.