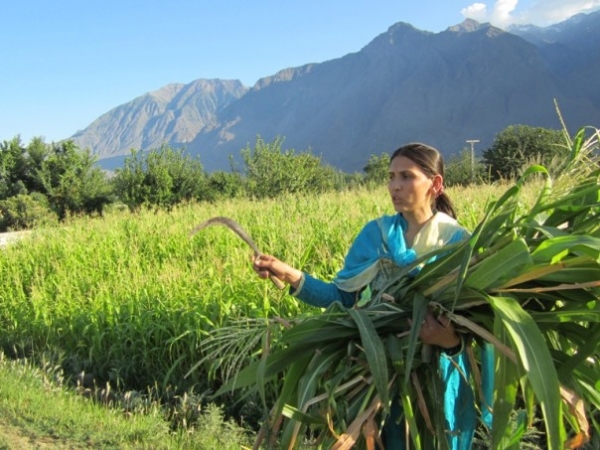 For several decades, my main source of income was sustainable development work in a local non-government organization—the Broad Initiatives for Negros Development (Bind). The organization was into so many initiatives and projects; Organic agriculture and community forestry, gender and development, fair trade, microfinance, adult literacy and scholarship for children of organic farmers.

Then there’s networking with other organizations and national and local government, non-government and academic institutions. Once in a while we get invited to take part in international workshops and conferences to present our best practices and lessons learned.

It’s a supreme honor to be appreciated for Bind’s role in pioneering organic agriculture in the province. I cannot however say the same thing for community forestry. I was the project coordinator of the first community project in Western Visayas. We mastered forest inventory to determine timber and non-timber resources in the project area.

The College of Forestry of the University of Los Baños used these practices as a model. I made several presentations in UN-led international conferences on sustainable mountain development.

Yet as far I know, none of these practices were replicated in other community forests. Most of their activities focused on reforestation and timber utilization. Except for the Non-Timber Forest Products-Exchange Programme network, NTFPs remains in limbo. At least, forest wild honey which Bind pioneered in the community forests of Salvador Benedicto, Negros Occidental is taking off in other mountain communities

Then there’s gender and development. No NGO and government institutions worth its salt cannot do without GAD, one of the major requirements of donor agencies.

When we were starting with community organizing in the Negros mountains, most of the participants were male. In one of the communities, an indigenous male even wondered why there was even a need for women to attend project activities. Aren’t they good only in the kitchen and in bed?

Yet, we persisted. Women partners went outside their homes to do theirs share in forest inventories. I was invited to take part in a meeting of partners of the Netherlands Committee of the International Union for the Conservation of Nature in Bali, Indonesia.

Still and all, NTFP development and forest inventories remain strange concept among development stakeholders in government and non-government circles.

We promoted microfinance projects among mountain farmers. Supposedly an instrument to liberate them from debt bondage to usurers, the project for the most part evolved into dole-outs as the borrowers renege on their debt obligations. Last I heard, many of the borrowers even went back to the usurers who seem to be better at debt collection than NGOs.

Those projects and practices that still remain have proved their worth. On the other hand, those who died away in the wayside have dubious sustainability despite the presence of policies and for a time project funding.