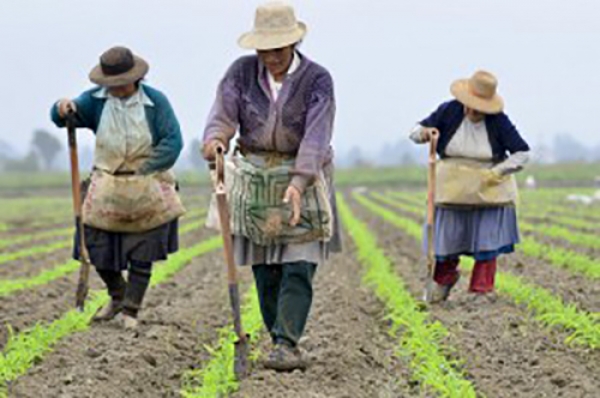 Tenure and land rights are import themes for the CGIAR Research Program on Forests, Trees and Agroforestry. Barbara Fraser has looked at the results from a recent study on land rights in Peru, Indonesia and Uganda that shows: it’s complicated.

A Harakmbut indigenous community in the Peruvian Amazon has no say over the 17 gold-mining concessions overlapping its territory, despite holding a title to the land. Meanwhile in Uganda, a village’s community forestry hopes are dashed as outside project money meant to compensate them for conservation has dried up.

Advances in land and forest tenure reforms in recent years have not necessarily improved livelihoods for forest dwellers, as shown in preliminary results from a comparative study conducted by the Center for International Forestry Research (CIFOR).

Researchers presented their results from the STUDY of reforms in Peru, Indonesia and Uganda at an international colloquium on forest tenure reform held in Peru in early May.

The first session, held in Lima, brought together researchers and government officials from the three countries. The second session, in the Amazonian town of Puerto Maldonado, also involved indigenous leaders from local federations and representatives from 12 communities, including those where field research for the study was conducted.

“We all have a lot to learn from comparative studies, and we wanted to share the preliminary results in a way that would allow us to go into greater depth by looking at both similarities and differences between the countries,” said CIFOR Principal Scientist Anne Larson, who leads the Center’s global comparative study on tenure reform.

The study examines how the reforms have evolved and their impact on both the condition of forests and the livelihoods of people who depend on forest resources.

“Communities in all three countries have a hunger to enhance the security of their tenure,” said Bob Kazungu, a senior forest officer for Uganda’s Ministry of Water and Environment.

Although tenure schemes vary from country to country, there were common implementation challenges that emerged from the study, such as the need to clarify the roles of national and local governments, and to ensure that women have a voice in decisions and share equally in the benefits of forest tenure.

In Peru, communities receive titles to their land, but the government only grants use rights over forests. Indigenous communities are now pressing for the titling of “integral territory,” where they would have rights over all natural resources, according to Julio Cusurichi, President of the Federation of Native Communities of the Madre de Dios River and its Tributaries (FENAMAD). 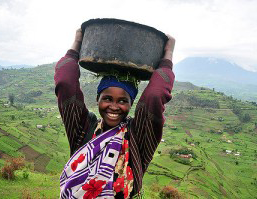 Uganda’s community forest management systems vary depending on whether the forest is owned by the state, a community, or private landholders. There are several forms of communal management, including customary systems used by traditional communities. Private landowners can also form associations for collective forest management.

Indonesia, on the other hand, has seven forest tenure systems, depending on whether the land is state-owned or private. The challenge is to empower communities, strengthen their organization and enhance their ability to manage their forests once they get the land, said Erna Rosdiana, who heads the Indonesian Ministry of Environment and Forestry’s community forestry section.

“The goal of social forestry is community well-being, not just granting rights,” she said.

Indeed, study results from all three countries show that the road to security does not end with tenure.

That surprised Concepta Mukasa, Program Officer of the Association of Ugandan Professional Women in Agriculture and Environment, who is conducting research for Uganda.

“Before, I thought that when communities received full rights through titling, that would immediately translate into an improved standard of living and improved conditions of the forest,” said Mukasa. “Now, I see that without incentives for conservation and for innovation in improving their standards of living, titling may not be enough.”

The lesson, Larson says, is that once tenure-reform policies are established, national and local governments must have a strategy — and allocate budget funds — to implement them.

“Our country is decentralizing, and strengthening regional governments’ capacities and access to information is critical,” said Fabiola Muñoz, who heads the Peruvian Forest Service. “There is a key role for research, but the role of local governance is also crucial.”

Striking a balance between government oversight and community autonomy is also a challenge that requires dialogue, Muñoz said. Because many forest dwellers in the Peruvian Amazon are indigenous this means “ensuring that people receive information in their own language”.

In addition, survey results from all three countries showed that women often lack a voice in decisions about forest management and do not share equally in the benefits of forest tenure.

Some obstacles to women’s participation can be addressed readily. Simply providing childcare at community meetings in Peru often makes it easier for women to take part, Muñoz said.

Others are more complicated. In traditional Ugandan villages, a widow often loses her right to land unless her husband specifically wills it to her, said CIFOR researcher Baruani Mshale, who is coordinating the Uganda study.

A CASE STUDY FROM THE AMAZON

Many of the challenges common to the three countries are visible in Tres Islas, an Amazonian community that is home to both Ese’eja and Shipibo families. Here, villagers welcomed the colloquium participants in a spacious, thatch-roofed community building overlooking the Madre de Dios River.

After a legal battle over the right to restrict access to its land by outside gold miners, the community is now working toward a more sustainable vision of the future, said Sergio Perea, the community president.

Some villagers harvest Brazil nuts and the fruit of the ungurahui palm (Oenocarpus batana), while others manage timber. A village committee is also planning an ecotourism enterprise.

But aside from these early successes, the community has also encountered some of the pitfalls highlighted by CIFOR’s research. For instance, installation of Brazil nut processing equipment has been held up by a delay in connecting Tres Islas to the public electricity system.

What’s more, a three-year project that funded the preparation of timber management plans has ended, and Perea is not sure how his community will pay for the next year’s plan. Alluvial gold mining also continues in the community, posing threats of deforestation and mercury pollution.

As community leaders stressed their commitment to a sustainable future, their enthusiasm inspired Irene Anaya Canelos, Treasurer of the Indigenous Council of the Lower Madre de Dios (COINBAMAD).

Canelos has witnessed native communities in her native region- Madre de Dios- struggle with the need to generate income so they can educate their children and buy necessities.

“My community is not as well organized as Tres Islas,” she said after seeing the plans under way there. “We can learn a lot from the way they have organized themselves and the work they are doing.”