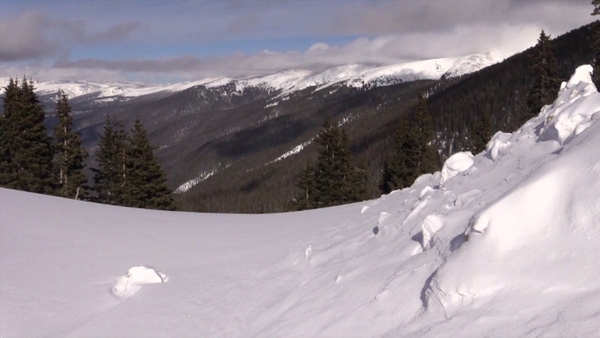 Throughout late March and into April, much of the West experienced unseasonably warm days. Then, in late April, temperatures plummeted in Southwest Colorado’s San Juan Mountains and more than 2 feet of wet, heavy spring snow fell. Suddenly, ski boots were out again and for a day or two, it felt like winter was back.

But those storms have only helped a small fraction of the West, with much of the moisture buoying snowpack levels along the Eastern Rockies in Colorado and Wyoming. Meanwhile, the rest of the region is on the opposite trajectory, losing snowpack at record-breaking rates.

At the beginning of April, snowpack levels across the region were “near normal,” says Cara McCarthy, deputy director for the National Water and Climate Center in Portland, under the Natural Resource Conservation Service. The season was off to a slow start with sporadic storms in October through December, but January winter precipitation increased levels across all states, according to NRCS SNOTEL sites, which measure snow depth at thousands of stations nationwide. For months, most of the region hung on to above-normal snowpack measurements.

But in just the few short weeks since, that snow is melting faster than climate hydrologists have seen in nearly four decades, bringing the snowpack far belownormal in most states in the West.

High temperatures and low moisture in most of the region has diminished snowpack — more quickly than hydrologists have seen happen in a one-month period in nearly four decades.
NRCS, National Water and Climate Center.

For states already struggling with dwindling water, the quick retreat of snowpack may affect how much water resource managers can store in nearby reservoirs. For California, in its fifth year of drought, this season has been a bit of a rollercoaster. In January, snowpack readings increased to 127 percent of normal (up from 90 percent in December) — good news for a state where 30 percent of the water supply is dependent on snow.

But now California’s three most crucial basins for the state’s water supply are far below normal: The Northern Sierra is at only 66 percent normal for late April, Central Sierra is at 64 percent of normal and the Southern Sierra is at 49. “This should be a bit of a wake-up call for water resource managers,” McCarthy says.

Temperature has been a major factor in the accelerated melting, although minimal snowfall has also played a role. According to the NRCS and National Oceanic and Atmospheric Administration, much of the Pacific Northwest, California, Idaho and Montana have experienced abnormally high temperatures between the beginning throughout April — in some places departing from historical averages by as much as 10 degrees Fahrenheit. Colorado and parts of New Mexico and Arizona have been more or less normal.

The quickly diminishing snowpack, which acts as a natural water-storage system for Western cities that depend on winter snow for water, portends a more variable future at the whims of a changing climate, says Noah Diffenbaugh, associate professor at Stanford and a research at the Woods Institute for the Environment.

“We find that as warming continues, there’s a robust response of the climate in the West toward more rain and less snow,” Diffenbaugh says.

Water infrastructure has been built around the assumption that a reasonable quantity of water will remain as snow at higher elevations until the temperature warms. As warming occurs earlier in the season and snowpack diminishes faster, it runs into reservoirs prematurely and resource managers may need to release water to make space available to prevent floods.

According to a 2015 study that Diffenbaugh co-authored, the basins of the arid American West are among the most climate-vulnerable on the globe. The Colorado River Basin, for example, which supplies water to 40 million people in seven states, will likely suffer as snowpack disappears. The Northern and Central California basins, fed partially by the Sacramento and San Joaquin rivers, are also vulnerable to climate shifts.

From a water management perspective, the snowpack readings so far this year are troubling, but they may start to feel normal in coming decades. According to the Intergovernmental Panel for Climate Change, the climate is on track to warm 4 degrees Celsius by the end of the century. If that happens, what we consider “extreme” now — rapid, early spring snowpack melt — “will happen more like 40 to 80 percent of the time,” Diffenbaugh says.