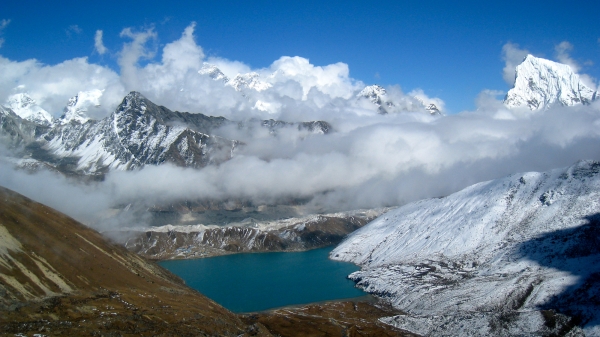 The United Nations Environmental Programme (UNEP) released the first two reports of a new series on regional mountain-based adaptation in order to encourage urgent action to protect mountain ecosystems from the impacts of climate change.

On December 11, 2015— International Mountain Day— the UNEP launched reports for the Western Balkans and the Southern Caucasus regions, as part of their Mountain Adaptation Outlook Series, at the climate conference in Paris.

The reports, called Mountain Adaptation Outlooks, identify the unique risks that mountain range communities and ecosystems face, as well as gaps in science and policy that hinder active adaptation response to these weaknesses.

Outlooks for the three remaining regions, which include Central Asia, the (Tropical) Andes and Eastern Africa, will be released within the next coming months. However, executive summary leaflets for these three regions can be found on the website ofGRID-Arendal, a center collaborating with UNEP to support informed decision making and increase public awareness about environmental issues. The Outlooks series is a collaboration between UNEP, GRID-Arendal, the Environmental Innovations Association, and other mountain Centers of Excellence.

“Mountain ecosystems enrich the lives of over half of the world’s population as a source of water, energy, agriculture and other essential goods and services,” the UNEP’s Executive Director Achim Steiner said in a press release. “Unfortunately, while the impact of climate change is accentuated at high altitude, such regions are often on the edge of decision-making, partly due to their isolation, inaccessibility and relative poverty.”

Mountain ecosystems, which include glaciers, unique ecological biodiversity, and surrounding communities, are especially vulnerable to climate change. The climate change conference in the French capital, as well as the resulting Paris Agreement, emphasized the importance and “enduring benefits of ambitious and early action” to both mitigate and adapt to climate change. During the conference, many government officials acknowledged that countries would benefit from a more comprehensive base of mountain adaptation knowledge.

“We’re hoping to foster and establish regional understanding and cooperation on climate change and mountains,” Matthias Jurek, a Joint Expert at UNEP and GRID-Arendal, said in a phone interview with GlacierHub.

The project hopes to improve what Jurek calls the “science and policy interface,” or the translation of scientific research into adaptation policy. The Outlook seeks to do so by combining an analysis of ecological vulnerabilities with regional recommendations for local governments into one comprehensive assessment. Jurek hopes that the reports can serve as a one-stop-shop for policymakers looking to develop mountain-based adaptation plans for climate change.

Political leadership and regional coordination to address climate change has been severely lacking. This gap, Jurek said, is often due to short governmental staffing and an overwhelming amount of data resources. UNEP and GRID-Arendal hope to address a lack of systematic, and mountain-specific, adaptation plans at the governmental level.

Jurek noted that the Outlooks have been developed in close partnership with governments since the project’s inception. “We didn’t want to develop this without their input and then bring our recommendations to them, telling them this is what needs to be done,” he said. “We have developed this with them very closely since the beginning.”

“We want to make sure these strategic agendas are not just papers – but that they’re really anchored within frameworks,” Jurek added.

UNEP also hopes to encourage intergovernmental and subregional dialogue and coordination. The Series’ partners are planning more meetings to encourage coordination between local and national communities. UNEP is also working to increase the use of the relatively under-utilized Climate Technology Network and Center, a UNEP-hosted organization that seeks to help to provide technical assistance to countries with specific technology needs.

Moving forward, the Mountain Adaptation Outlooks Series hopes to expand its coverage into the Himalayan region, with the help and collaboration of the Himalayan Climate Change Adaptation Program.

The Outlooks project and international cooperation on mountain-based climate change adaptation were celebrated at an International Mountain Day Side Event at COP 21 in Paris. The event was hosted by the Government of Peru, and organized by UNEP, GRID-Arendal, and the Consortium for Sustainable Development of the Andean Ecoregion.

The Outlook’s project partners, as well as other ministers and high-level leaders from various mountain countries such as Austria, Bhutan, Czech Republic, East Africa, Kyrgyzstan, Norway, Peru, Serbia, Switzerland, and Uganda, all attended the event on the last day of the conference on December 11.