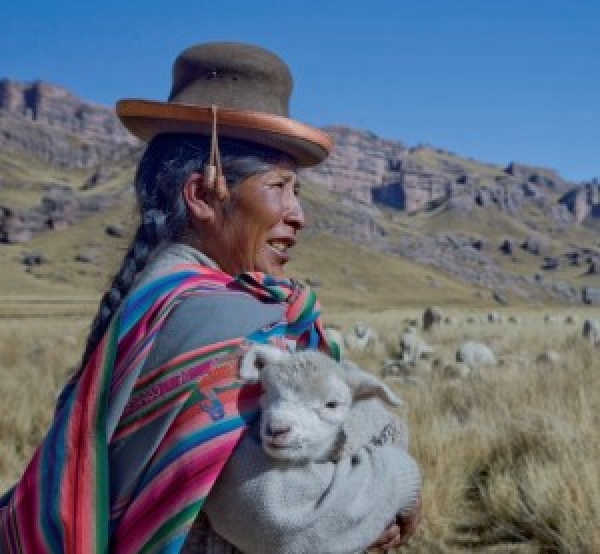 Mountain ecosystems and communities are extremely vulnerable to climate change. There is evidence that temperatures are rising faster at higher altitudes. High mountains are ‘highly temperature sensitive regions’, with several extreme impact events of recent decades attributed to warming, according to the Intergovernmental Panel on Climate Change (IPCC). Glacier retreat has led to lake outburst floods, debris flows, rock fall and avalanches, and reduced water availability for mountain and downstream populations.

Indigenous and traditional peoples living in mountains for generations sustain important traditional knowledge and a diversity of resilient genetic resources for adaptation. According to the IPCC, ‘indigenous, local and traditional knowledge systems and practices, including indigenous peoples’ holistic view of community and environment, are a major resource for adapting to climate change’. The United Nations Framework Convention on Climate Change Paris Agreement of December 2015 recognises that adaptation action should follow a ‘participatory and fully transparent approach, taking into consideration vulnerable communities and ecosystems’, and should be based on traditional, indigenous and local knowledge, as well as science (article 7). However, to date, mountain communities have received little support for adaptation and their involvement in adaptation policy and planning has been limited.

In September 2015, indigenous mountain farmers representing 21 communities in 10 countries met in Tajikistan to discuss the impacts of climate change, exchange traditional knowledge for adaptation, and develop collective responses. This was the second meeting of the International Network of Mountain Indigenous Peoples (INMIP), coordinated by Association ANDES (Peru) and International Institute for Environment and Development (IIED)  (through the SIFOR project – Smallholder Innovation for Resilience) and involving communities from Bhutan, China, India, Kyrgyzstan, Papua New Guinea, the Philippines, Peru, Taiwan, Tajikistan and Thailand. ANDES and IIED teamed up with the Mountain Society Development Support Programme of the Aga Khan Foundation in Tajikistan and SwedBio at the Stockholm Resilience Centre, to organize the second INMIP learning exchange in Tajikistan on 11-18 September 2015.

Of the communities represented, about half are high-altitude communities (above 2 000 meters above sea level), a quarter are midaltitude (above 1 000 masl), and a quarter are from low-altitude tropical rainforests (about 800 masl). A ‘walking workshop’ methodology was used, allowing farmers to exchange knowledge about problems and solutions while walking through the landscape. The workshop showed the importance of biocultural heritage for adaptation – including traditional knowledge, biodiversity, ecosystem-rich landscapes, and the cultural and spiritual values that sustain them.

As an outcome, a report of the event was drafted, Climate Change and Biocultural Adaptation in Mountain Communities, aiming to share the results of the workshop among indigenous mountain communities, climate change policy makers, scientists and others. It shows the potential of mobilizing traditional knowledge to provide place-based evidence on climate change and its impacts on ecosystems and livelihoods, and to develop effective responses that sustain biological and cultural diversity for adaptation in future. Indigenous, local and scientific knowledge systems can contribute equally valid knowledge to create a full picture in assessments, research, decision-making and reporting processes.