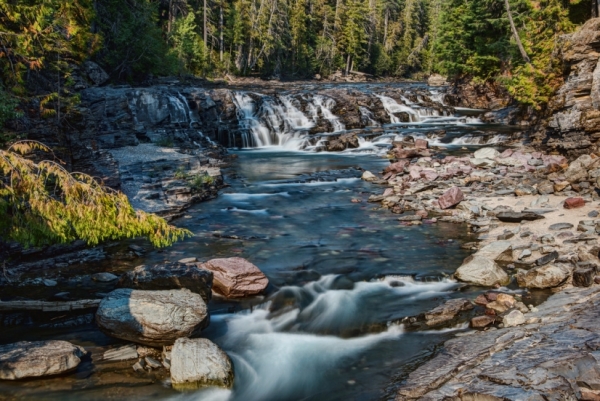 Gravel-bed rivers and their floodplains are the lifeblood of ecosystems and need to be allowed to run and flood unimpeded if species are to be protected and communities are to cope with climate change, a ground-breaking scientific study has found.

The broad valleys formed by rivers flowing from glaciated mountains, such as those found throughout B.C. and Alberta, are some of the most ecologically important habitats in North America, according to the team of scientists who have done the first extensive study of the full range of species that rely on gravel-bed rivers, ranging from microbes to bears. The paper was published online Friday in Science Advances.

In the region that stretches from Yellowstone National Park in Wyoming to the northern Yukon, gravel-bed river flood plains support more than half the plant life. About 70 per cent of the area’s bird species use the floodplain, while deer, elk, caribou, wolves and grizzly bears use the plains for food, habitat and as important migration corridors.

While everyone knows that fish rely on rivers, the scientists found that species such as cottonwood trees need the river flood to reproduce and the ever-changing landscape of changing channels and shifting gravel and rocks supports a complex food web.

Gravel-bed rivers are much more than water flowing through the channel, said lead author Ric Hauer, director of the University of Montana’s Center for Integrated research on the Environment.

“The river flows over and through the entire floodplain system, from valley wall to valley wall, and supports an extraordinary diversity of life. The river is so much bigger than it appears to be at first glance,” he said.

But the floodplains are endangered worldwide as the flat, productive valleys are attractive for agriculture, roads or houses and it is time to look at gravel bed rivers with new eyes, said Harvey Locke, co-founder of the Yellowstone to Yukon Conservation Initiative and one of the study’s authors.

“A wild and free river drives the life support system across the whole landscape and we need to keep them happy,” Locke said in an interview with DeSmog Canada.

“We need to let them be rivers and run free and do our development respecting that need instead of trying to control them.”

That means not building dams or levees that prevent essential flooding, Locke said.

“Flooding is critical to the health of the riparian system and, by extension, organisms across the whole landscape and, when you put in a dam for climate change mitigation you are killing that process. It’s a catastrophe not only for the immediate ecological effects, but it also puts a huge barrier to connectivity so species cannot go up the river to adapt to climate change,” Locke said.

Hydro dams are often touted as green energy, but, in reality they are a huge problem, not a solution to climate change, he said.

Locke emphasized that the scientific study does not look at the controversy behind individual projects such as the planned Site C dam in northeastern B.C., but said he personally regards Site C as a prime example of the problem.

Existing dams on the Peace River have already had a devastating effect downstream, he said.

“And the horror of wrecking more of that beautiful river valley around Fort St. John is an example of not thinking clearly. It’s very bad for the resilience of the landscape,” he said.

Gravel-bed rivers are found mainly in the western U.S. and Canada — and include major rivers such as the Columbia, Fraser, Flathead, Mackenzie and Yukon — and every part of B.C is affected by them, said Locke, who is hoping the scientific paper will attract the attention of groups such as planners and politicians who make development decisions.

“The really big point is that gravel-bed river systems are the heart of the whole landscape and you don’t want to clog the arteries attached to the heart, which is what a dam does,” he said.

Even in protected areas such as Yellowstone and Banff national parks, humans have altered the floodplains, the scientists found.

“These systems must be protected and those that are already degraded must be restored,” he said.