The way ahead from Paris COP21: risks and opportunities for indigenous peoples 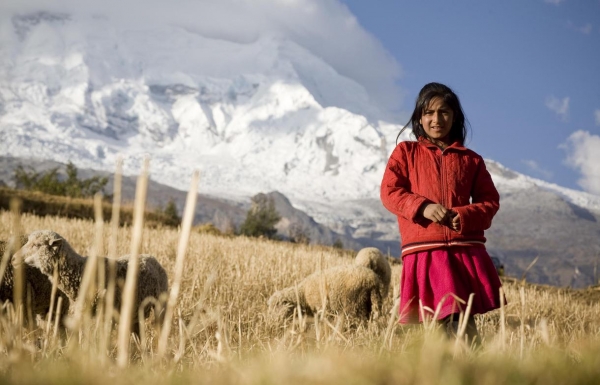 Hundreds of representatives of indigenous peoples from all over the world – including a delegation of Forest Peoples Programme’s partners from Guyana, Kenya, Peru - attended the UNFCCC Conference of the Parties (COP21) that took place in Paris in December 2015.

Their purpose was to highlight the positive role of indigenous peoples in mitigation and adaptation, their vulnerability to extreme weather conditions, and the call for a strong human rights framework for any intergovernmental agreement on climate policy and action. Indigenous peoples held consultations with parties, developed a common platform, monitored negotiations, held actions, and liaised with civil society and social movements outside the official venue.

The final outcome of a drawn out political battle around article. 2 - where indigenous peoples made a strong and persistent call for reference to rights in the operational section of COP21 decisions -  was that human rights  was in the end only considered in the preamble of the Agreement. This outcome fell  far below the expectations of indigenous peoples and the climate justice movement. Broadly speaking,  the intergovernmental deliberations made in Paris leave many loopholes in the pathway to reduce carbon emissions, to limit global temperature increase, and to progressively phase out use of fossil fuels.

Rather, the possible recurrence of “false solutions” endorsed by the COP, such as bioengineering (Bio-Energy with Carbon Capture and Storage - BECCS) or large scale land acquisition and industrial plantations for carbon sequestration or biomass, might threaten indigenous peoples’ rights to land and livelihoods. It is estimated that as much as 700 million hectares of land would be needed to grow biomass for bio-energy with carbon capture and storage.

With regards to another “false solution”, notably carbon trading,  COP21 launched a new Mitigation Mechanism to substitute the Clean Development Mechanism (CDM) with a Carbon Trading body.  Parties will have to adopt rules, modalities, and procedures for the mechanism at the first meeting of the Parties to the Paris Agreement, which would pursue mitigation of greenhouse gases “while fostering sustainable development”.

Furthermore, the APA (the new Ad-Hoc Working group on the Paris Agreement) will elaborate guidance for accounting for greenhouse gas removals in national carbon accounts and put in place a system of land use accounting and reporting.  The challenge for indigenous peoples and support organisations is to prevent the risk of enlisting indigenous peoples’ traditional livelihoods as drivers of deforestation and ensure land use accounting criteria that respect indigenous peoples’ land rights and  take account of collective land tenure systems.  The centrality of  indigenous peoples’ right to land in climate mitigation and adaptation - a key prerequisite for the proper application of traditional knowledge - was highlighted in the pre-launch event of the Global Call to Action on Indigenous and Community Land Rights, co-organized by FPP with AIPP, AMAN, RRI and Oxfam in the Indigenous Pavillion at Le Bourget. This event was attended by more than a hundred indigenous particiants as well as government representatives. It resulted in many organisations and allies signing up to the Global Call.

The UNDP Equator Prize giving ceremony held on 7th December was highly successful and well- attended in Paris. FPP’s partner South Central Peoples Development Association (SCPDA) was one of 21 organisations worldwide that was awarded the prize. SCPDA recieved this UN recognition for its innovative livelihoods, forest monitoring and land rights work in Wapichan territory in the South of Guyana, South America.

The final Paris Agreement underlines the importance of forests as tool for mitigation, through results-based payments and alternative policy approaches (Article 5). The importance of ecosystems and multiple use of forests, and of sustainable patterns of production and consumption is also recognised in the Agreement thereby offering potential for actions addressing the drivers of deforestation and land use emissions. In the event, SCPDA was nominated to present a winners’ statement on forests that underlined the central importance of securing indigenous peoples’ and community land rights in global and national efforts to combat deforestation and climate change.
An important opportunity for indigenous peoples will be the follow-up negotiations on adaptation. Article 7.5 of the Paris Agreement acknowledges the relevance of indigenous peoples’ traditional knowledge: “Adaptation action should follow a country-driven gender-responsive and fully transparent approach, taking into consideration vulnerable groups, communities and ecosystems, and should be based on and guided by the best available science, and as appropriate, traditional knowledge, knowledge of indigenous peoples and local knowledge systems”.

While UNFCCC negotiations will continue to define the practical and procedural matters related to the Paris Agreement, the real risk for forests and the rights of indigenous peoples lies in the implementation and application of market-based solutions. For instance, the Paris COP gave a mandate to the Green Climate Fund (GCF), mostly under the pressure of Norway, to accelerate support for Results based Payments in REDD+.

Considering the weak interim safeguard system of the GCF, the push to increase the amount of funds to be disbursed (from 168 million USD in 2015 to 2.5 billion in 2016), and the lack of capacity to address indigenous peoples related issues (such as Free Prior Informed Consent (FPIC)), there is a significant risk of a race to the bottom that might generate significant harm to indigenous peoples’ and community rights.

During the Paris COP, FPP and Tebtebba launched a case-study report on the first mitigation project funded by the Green Climate Fund in the Peruvian wetlands, which will be implemented by Peruvian Accredited Entity PROFONANPE.

The report highlights the need for the Fund to develop strong monitoring, compliance, and recourse mechanisms as well as an indigenous peoples’ policy based on international human rights instruments, such as the UN Declaration on the Rights of Indigenous Peoples.  These and other issues, such as the urgency to develop and adopt a guidance on FPIC and ensure direct access to funds for Community Based Monitoring activities, have also been raised in a joint FPP-Tebtebba submission on the Environmental and Social Management system of the GCF signed by over 60 indigenous peoples’ organisations and support groups, a few weeks before the GCF Board meets in Korea in March 2016.