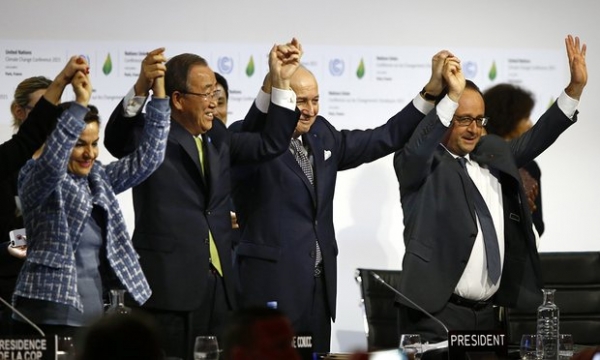 A record number of more than 130 countries will sign the landmark agreement to tackle climate change at a ceremony at UN headquarters on 22 April, the United Nations said on Thursday.

Secretary general Ban Ki-moon is hosting the signing ceremony on the first day that the agreement reached in Paris in December opens for signature.

The UN chief, French President Francois Hollande, and environment minister Segolene Royal, who is in charge of global climate negotiations, have invited leaders from all 193 UN member states to the event.

The UN said signatures from over 130 countries, including more than 60 heads of state and government, would surpass the previous record of 119 signatures on the opening day for signing an international agreement. That record is held by the opening day signing of the Law of the Sea treaty in 1994.

The UN stressed that the signing ceremony is the first step in ensuring that the agreement enters into force as soon as possible. It will take effect 30 days after at least 55 countries, accounting for 55% of global greenhouse gas emissions, deposit their instruments of ratification or acceptance with the secretary general.

A number of countries have indicated that they will deposit their instruments of ratification immediately after signing the agreement, the UN said.

“Paris was historic,” Ban said in a statement. “But it’s only the beginning. We must urgently accelerate our efforts to tackle climate change.”

The agreement sets a collective goal of keeping global warming below 2C compared to pre-industrial times, and to pursue efforts to limit the temperature rise to 1.5C. It requires all countries to submit plans for climate action and to update them every five years, though such plans are not legally binding.