What does ecology ‘restoration’ mean? It depends who you ask 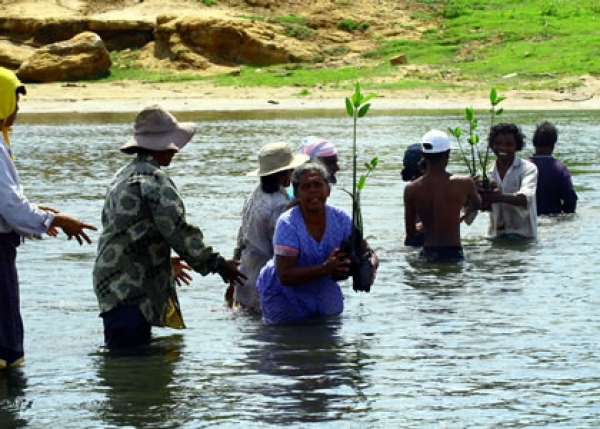 The concept of “restoration” is an important tool in regional, national, and international environmental policies, although the term has different connotations in policy and scientific contexts. A recent paper in the journal Frontiers of Ecology and Environment compares and contrasts the definitions of restoration within these two realms, and explains how such discrepancies create confusion over policy implementation, inconsistent practice in the U.S., and a net loss of natural resources.

According to the authors, Margaret A. Palmer of the University of Maryland and J.B. Ruhl of Vanderbilt University, the science of ecological restoration has a clear definition. Built upon a systems perspective, it seeks to recover self-sustaining ecological systems. By comparison, environmental statutes in the U.S. lack a clear definition of restoration, leaving considerable discretion for administrative agencies to form their own definitions when implementing environmental policies. This lack of clarity leads to a wide range of interpretations; certain activities, though not considered “restoration” in ecology, are nevertheless counted as restoration in the policy sense.

For example, the U.S. Army Corps of Engineers in 2008 adopted a formal administration rule related to the water resources compensatory mitigation policy under the Clean Water Act. The rule promulgation document mentioned restoration more than 150 times but only loosely defined restoration as “the goal of returning natural/historic functions to a former or degraded aquatic resource.” This scientific definition of restoration, however, is not to return an aquaticresource’s historical functions or conditions, but to reestablish the self-sustaining ability of the aquatic system.

In other words, restoration in the scientific sense adopts a system-levelperspective. On the policy side, meanwhile, the definition may focus only on the restoration or returning of a component of the ecosystem — be it a particular species, function, or resource — independent of the entire ecosystem. For example, species-specific habitat conservation under the Endangered Species Act is considered restoration in the policy sense, because it can help return an endangered species to its previous population size. A restoration ecologist, however, would point out that by only preserving certain species, the Act has a narrow emphasis on a certain species and other aspects of the ecosystem that may be important functionally could be ignored.

Scientists hope their work will be useful for policymakers. But what happens when policy does not align with science? The authors provide a useful answer to this question. Though the paper examines only the confusion and unintended consequences resulting from different definitions of “restoration,” similar scrutiny and analysis can be applied to other environmental policies and regulations, where an alignment of science and policy is equally important.