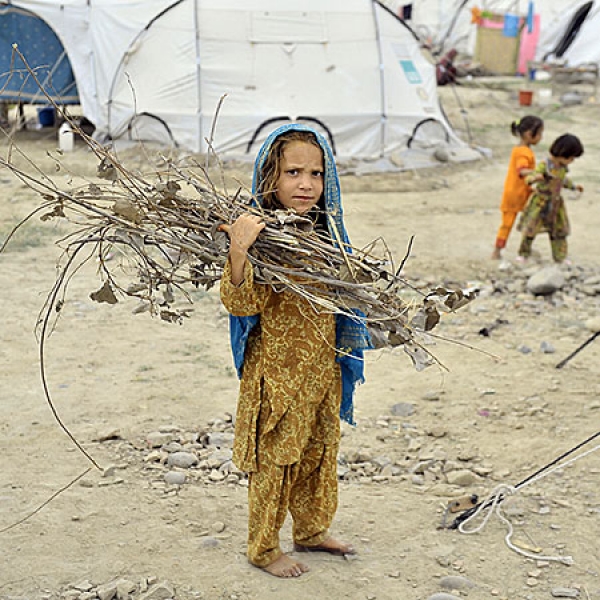 Human migration can be triggered by multiple factors, including political, demographic, economic and social influences. It is widely accepted that environmental change can also drive large populations to migrate to other regions. However, isolating and measuring environment-induced migration to quantify the impact of environmental change is challenging.

It is clear that rapid-onset changes, such as floods and hurricanes, can cause populations to migrate. However, to understand how migration is linked to slow-onset changes — such as land degradation and desertification — is more complex and less obvious. Studies on environment-induced human migration are typically restricted to particular environmental stress factors in particular regions; for instance, droughts in Ethiopia, vegetation changes in Ghana, and changes in rainfall patterns in Burkina Faso all influence human migration patterns in those areas, respectively. Understanding the interplay between environmental pressures and human migration at a global scale, however, remains a challenge.

A study published in the journal of Applied Geography spatially determines for the first time the environmental drivers of human migration on a larger scale. The authors, led by Kathleen Neumann of Wageningen University in The Netherlands,  focus specifically on drylands, which cover 40 percent of the Earth’s land surface. Drylands also provide a home for more than 2 billion habitats and support the livelihoods of more than half of the world’s impoverished populations.  Using migration data from the Center for International Earth Science Information Network (CIESIN), the authors identify the net number of migrants per kilometer over the entire globe during the period 1970-2000.

The study then divides the environmental clusters based on whether the most severe environmental drivers were land-related or water-related. Mapping these clusters against out-migration shows that relocation occurs more frequently in areas constrained by land degradation rather than in areas with limited water availability. The migration hotspot analysis shows that while environmental drivers do play an important role in migration processes as a push factor, income opportunities in other areas act as a strong pull factor. It is also important to note that, in some cases, adverse environmental conditions can be partially or completely offset by strong socio-economic governance.