The world's climate pledges are impressive - but still not enough 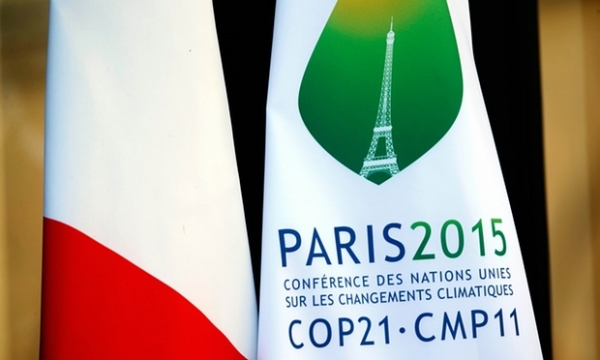 There are still seven weeks to go before the crunch UN climate change conference in Paris, at which a new international legal agreement is due to be negotiated. Yet it can already chalk up a remarkable success.

149 countries, covering almost 90% of the world’s greenhouse gas emissions, have now submitted their national climate plans, pledging to reduce their emissions over the next 10-15 years. That is far more than even the most optimistic observers were predicting – and with Opec countries likely to submit their plans soon, the number will rise even higher.

It means that even before the Paris agreement is signed, pretty much the entire world is committed to taking action on climate change. Compare this with the mere 52 developed countries required to act by the Kyoto Protocol, and the scale of the shift stimulated by the Paris process can be appreciated.

It is clear that very few of these plans would have been produced if there had been no prospective agreement demanding them.

And they are no empty promises. As a specially-convened conference in Rabat, Morocco, heard this week, each of these ‘Intended Nationally-Determined Contributions’, or INDCs, has been through an intense process of domestic policymaking.

This has often seen the climate ambitions of environmental ministries tempered by the economic caution of treasuries, and political pressures applied by both business interests and civil society. As a result most of the INDCs are serious commitments with real political standing, which are very likely to be implemented.

And many of them are far-reaching. China, for example, has committed to peaking its emissions by 2030 at the latest, and to obtaining a fifth of all its energy from non-fossil sources by then. It will introduce a national emissions trading scheme in 2017.

Brazil has become the first major developing country to commit to an absolute emissions cut (by 37% over the next decade), pledging to halt illegal deforestation in the Amazon by 2030. India plans to triple its renewable energy capacity by 2022, targeting 40% of its power to come from non-fossil sources by 2030. The US will cut its emissions 26-28% by 2025; the EU by at least 40% by 2030.

Many of the world’s poorest countries have pledged major relative emissions cuts, alongside plans to adapt to the climate change they are already experiencing.

The economic impact of these plans will be significant. Many countries have focused on expanding renewable energy. The figures are huge: China and India alone plan to install around 320 GW of wind and solar power by 2020-22. Europe’s commitment to source 27% of its energy from renewables by 2030 will require around $400bn (£260bn) in investment.

Such a major expansion of supply will inevitably have the effect of further driving down the costs of these technologies, taking them below the cost of new coal and gas-fired power stations and stimulating innovation in energy storage and “smart” grid technologies. It is no coincidence that the giant American company General Electric (GE) has just announced that it will beinvesting $1bn to develop new information-based energy systems and storage.

As the INDCs simultaneously signal a further decline in the demand for coal, it is becoming clear where the money will be made and jobs created over the next decade. The low-carbon transformation of the global economy, previously just an idealistic hope, is now under way.

And the aggregate effect of these plans is profound. New analysis by PriceWaterhouseCoopers shows that, collectively, the INDCs will double the rate at which the “carbon intensity” of the global economy (emissions per unit of output) will decline, from an average of 1.3% since 2000 to about 3% to 2030. For the first time, global emissions are now projected to peak and then start to decline – at least by 2030, and potentially before.

And yet it is not enough.

As the analysts pore over the numbers, it is clear that when added together the new plans would not hold the rise in global temperature to the 2C which the international community has pledged. Early estimates suggest that the INDCs would collectively take around 12-13 Gigatonnes of greenhouse gases (measured in CO2 equivalent) out of the atmosphere compared to a path of “business as usual”.

But that is only half what is likely to be needed if the world is to have a chance of holding warming to no more than 2C. It would be consistent, rather, with around 3C of warming – much better than the 4-5C previously projected, but not enough to avoid catastrophic impacts.

So what is to be done? The shortfall in the total emissions commitments places additional pressure on the Paris negotiations. It is now even more vital that they produce an agreement which requires countries to strengthen their plans over time. Four key provisions are needed.

First, the agreement must establish a five-yearly cycle under which countries must bring forward progressively tighter emissions reductions. Those with targets out to 2030 (including the EU ) should be encouraged to revise them in 2020.

Second, a long-term goal is needed to ensure that businesses and investors are sent clear signals about the direction of the global economy beyond 2030.

Third, an ambitious finance package must enable developing countries to play their part in cutting emissions and adapting to climate change.

Fourth, rigorous rules on measurement, reporting and verification need to be adopted to ensure that countries are confident of one another’s actions.

This is all within reach. As the Global Commission on the Economy and Climateshowed in its recent report, almost the entire emissions gap to a 2C pathway could be closed through actions with positive economic benefits, in areas such as urban development, energy efficiency and land use policy. The INDCs are a promising start. As the UN negotiators meet next week for the final time before Paris, their part of the task has been made clearer.