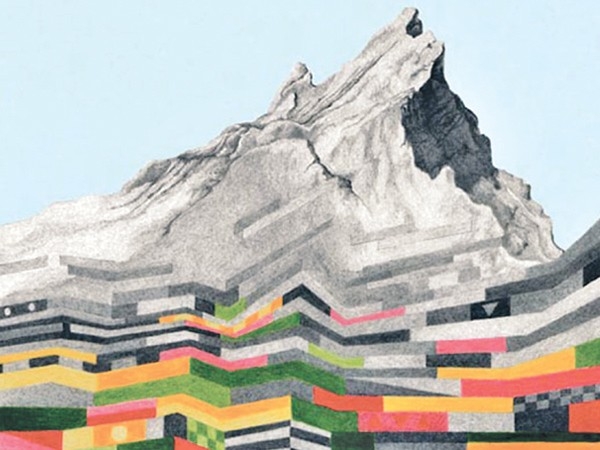 During the Copenhagen climate summit in 2009, Nepal’s then environment minister Ganesh Shah had a reason to be frustrated. Not because the global meet was not moving ahead but that it did not address the issues of mountain countries. “They are talking about oceans, islands, deserts and all other places but not the mountains,” he told this scribe. “Mountains are equally, if not more, vulnerable to climate change. I have therefore requested UN Secretary General Ban ki Moon to include the mountain agenda in climate negotiations.”

Six years down the line in Paris last month, where the world gathered to get a climate deal after failing to do so in the Danish capital, Nepali officials were still echoing Shah’s frustration. The country was trying to get the issues faced by small landlocked mountain countries recognised in the Paris climate text. But there were no takers. “Nepal, Bhutan and Afghanistan  have got together to get our voice heard, but no one listens to us,” said Krishna Chandra Paudel, secretary at the Ministry of Science and Environment. “We are very frustrated, and this makes us feel that these global meets are only for big players.”

Paudel’s poignant point was that Nepal had actively participated in the UN climate negotiations for more than 20 years and yet its voice was not being heard. “It was not reasonable to expect that our entire demand would have been addressed in Paris, but there should have been something that we could pull the thread from in the years to come. And that did not happen.”

Mountain initiative
Between Copenhagen and Paris meets, there were several efforts to amplify the concerns of small mountain countries. In 2010, for instance, when Nepal was trying to bring together small mountain countries to register as a bloc within the UN, it was outsmarted by a group consisting Armenia, Kyrgyzstan and Tajikstan. It happened just when Nepali officials, during the UN climate meeting in Bonn, Germany had announced that they were forming the Mountain Alliance Initiative. The following day, the two Central Asian countries and one from the Caucasus hurriedly notified the UN that they were establishing a similar group. It was a scoop I had reported from the German capital.

Following the setback and amid political upheavals back home, Nepal pursued its efforts and announced the formation of the Mountain Initiative. It even organised an international meeting under the banner bringing in more than one dozen countries, most of them mountainous, and several international donor agencies. “The aim of the meeting was to provide a basis for raising important mountain issues in the ongoing United Nations Framework Convention on Climate Change negotiations.....” read a government report after the meeting.

But what happened to the initiative after the Kathmandu meeting, no one knows. Or, at least, nobody talks about it. Had the initiative been really successful, perhaps Nepal would not have been talking about bringing together a smaller group together with Afghanistan and Bhutan during the Paris summit. The downscaling of the size makes sense given that previous efforts aimed at having many countries were not that helpful as  some of them had no genuine interest in such grouping. The alliance between Nepal, Bhutan and Afghanistan makes a stronger case not just because they are small landlocked mountainous countries but also because they come from the same region. That means they share the same climate related risks including landslides, melting glaciers and swelling glacial lakes, floods, among others. But what the officials from these countries thought would be so meaningful became quite meaningless at the Paris summit, according to the delegates. “We tried our best but got no buyers,” said secretary Paudel. “Perhaps an international meet like this is just not the right forum for such agenda as ours.”

The accord
Least Developed Countries and Alliance of Small Island States, the two blocs of poor countries and small island nations within the UN climate negotiations, may have a reason to smile for ‘securing’ the mention of 1.5 degrees global average temperature rise target in the Paris deal—although it aims to keep the increase well below two degrees and strive to keep it to 1.5. Scientists have warned that there will be dangerous impacts of climate change if global warming crosses the two degrees danger line.

But the planet is already one degree warmer from the pre-industrial period and 2016 is already forecast to be the warmest so far. An assessment of the climate plans submitted by more than 180 countries to the UN before the Paris talks showed that the world was headed to be nearly 3 degrees warmer. Those plans—known as the Intended Nationally Determined Contributions, in the UN jargon—include nations’ voluntary plans to cut down emissions or, at least, switch over to clean energy. If the temperature will rise despite the countries’ emission reduction plans, imagine what might happen if nations do not actually do what they say.

True that the Paris deal has a provision to review how countries are doing. But given the complicated climate politics, it is easier said than done. What is the review mechanism going to be like? Who will police it? What is the guarantee that it will be able to detect emissions-tests-cheating like, for instance, automobile giant Volkswagen (VW) did in the US? The Environment Protection Agency last year found that many VW cars sold in America had a ‘defeat-device’ in diesel engines that could detect when they were being tested, changing the performance accordingly for improved results. The giant German car manufacturer then admitted cheating emission tests in the US. If a company could do that, what could countries do—if they wanted to? These are all unanswered questions.

A far cry
And they leave us all with a changing climate unleashing unprecedented levels and frequency of extreme weather events. Meaning, poor and vulnerable communities will have to live with them. It is in this context Nepal’s fledgling attempt to voice small mountain countries’ miseries still stands relevant. Just as the coastal communities are threatened by a rising sea level, mountain settlements face the risk of being swept by hurtling landslides and avalanches or being flooded by landslip-dammed rivers. The number of landslides that have buried entire villages in the Hindu-Kush-Himalaya and Karakoram region in recent years is simply staggering.
The world does need to know how poor and vulnerable communities on highly volatile mountain ranges are living with the threats. And Nepal, in absence of leadership from other mountain countries, has been rightly trying to lead the campaign. But the trouble is it stands on a very unstable foundation itself. The perennial political instability has left it blind even to urgent issues like quake victims dying from chilling cold. Slow onset crisis like climate change on the mountains remains a far cry.

Khadka is a BBC journalist based in London. He can be contacted at navin.khadka@gmail.com