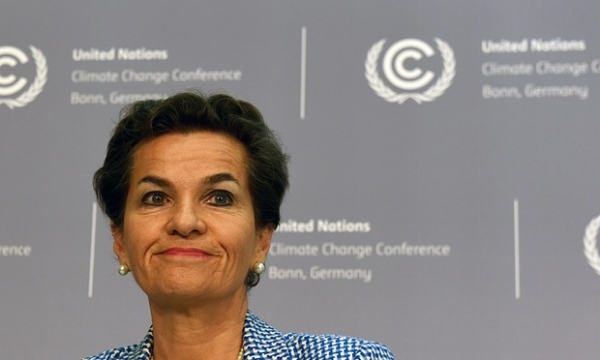 Pledges by most of the world’s countries on climate change are likely to lead to less than 3C of global warming over the century, analysis of the data by the United Nations suggests.

The UN praised governments for coming forward with plans to limit their greenhouse gas emissions, to kick in from 2020 when current commitments expire.

The plans from 146 countries that cover nearly 90% of global emissions, known as INDCs or Intended Nationally Determined Contributions in the UN jargon, will form the centrepiece of the make-or-break Paris conference on climate changethis December.

However, while the plans represent a significant advance on current trends, which would result in as much as 5C of warming if left unchecked, they are not enough in themselves to limit global warming to the 2C threshold that countries are preparing to agree on. This is widely regarded scientifically as the limit of safety, beyond which many of the effects of climate change - floods, droughts, heatwaves, sea level rises and more intense storms - are likely to become much more dangerous.

Christiana Figueres, executive director of the UN Framework Convention on Climate Change, said: “These national climate action plans represent a clear and determined down-payment on a new era of climate ambition from the global community of nations. Governments from all corners of the earth have signalled through their INDCs that they are determined to play their part according to their national circumstances and capabilities.”

She added: “The INDCs have the capability of limiting the forecast temperature rise to around 2.7C by 2100, by no means enough but a lot lower than the estimated four, five, or more degrees of warming projected by many prior to the INDCs.”

The French hosts of the conference, and the UN, are hoping that a regular review mechanism will also be agreed in Paris, by which the INDC pledges could be ratcheted up in further steps, probably every five years.

Figueres said: “Fully implemented, these plans together begin to make a significant dent in the growth of greenhouse gas emissions: as a floor they provide a foundation upon which ever higher ambition can be built. I am confident that these INDCs are not the final word in what countries are ready to do and achieve over time – the journey to a climate safe-future is underway and the Paris agreement to be inked in Paris can confirm, and catalyse that transition.”

Publication of the UN’s assessment of the INDCs means another hurdle has been cleared on the road to an agreement in Paris, as checking the ambition and fairness of the plans was always intended to be a key step before a deal could be signed.

Other milestones have already been reached: a draft text is in preparation, much slimmed down from previous unwieldy versions, and evidence has been produced that current pledges from rich countries to provide financial assistance to the developing world will reach required levels by 2020.

However, there is still no guarantee of a deal in Paris and there was disquiet in some quarters over the UN analsysis. Campaigners called for more effort on the part of the world’s big emitters to bring down carbon further and faster.

Tim Gore, head of food and climate policy at Oxfam, said: “We welcome the fact that so many countries have made public pledges to cut their emissions – some by significant amounts, others less so. The UN’s verdict reveals that, while the world is making progress, much more needs to be done. While this round of pledges is a step in the right direction, they only take us from a 4 C catastrophe to a 3 C disaster .”

Stephen Cornelius, chief adviser on climate change at WWF-UK, said: “The more that we do now, the easier and cheaper it will be. The Paris climate deal must include ways to encourage countries to take on tougher emissions targets. These targets must be fair and fit the scientific evidence in order to avoid the worst impacts of climate change.”

Another key group expressing concern were the Least Developed Countries (LDCs) who play a major role in the UN talks, one of the few forums where their voices carry as much weight as those of the richest countries.

Some of the world’s poorest countries are unhappy with the 2C target, because they are likely to be most damaged by climate change - not least the small islands of the world, many of which may be swamped by sea level rises at 2C but have a chance of survival if emissions are cut further and warming limited to 1.5C by 2100.

Giza Gaspar-Martins, the Angolan diplomat who chairs the LDCs group, said: “Today’s analysis shows the urgent need to address the lack of ambition within the INDCs. Current plans will only slow emissions by a third, which is clearly not enough to keep us within safe limits. Governments must do more in Paris, but the work does not end there. For the INDCs to succeed they must be adjusted before 2020 and reviewed in five year cycles from 2020 to ensure national actions quickly and rapidly progresses, or we all face a grim and uncertain future.”

He added: “The current plans to mitigate emissions do not keep us even within a temperature rise of 2C. However from the LDCs’ perspective, it is far worse than that. For 48 of the world’s poorest and most vulnerable countries, economic development, regional food security and ecosystems are at risk in this 2C ‘safe zone’. So we once again call on the world to grow its ambition for a 1.5C target.”

Arguments over whether to opt for a 2C target or toughen it to 1.5C were one of the factors that derailed the Copenhagen talks in 2009, when developed and developing countries jointly agreed for the first time to limit their emissions, to a 2020 deadline, but failed to sign a full treaty.