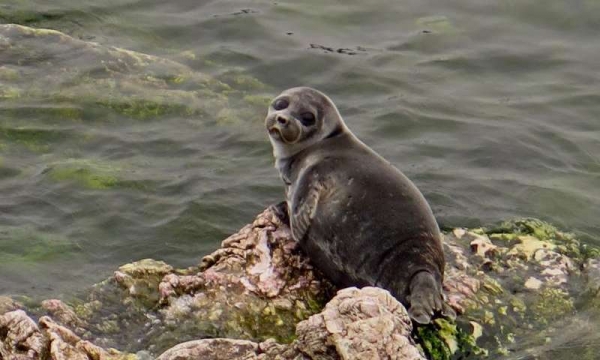 Russia's Lake Baikal, in eastern Siberia, holds one-fifth of all freshwater and is a global biodiversity hotspot.

Of its 2,500 known animal species, 75 per cent are endemic - unknown anywhere else. Of particular note are the 350 species of amphipod shrimps, most of them endemic and gigantic in size, and its iconic freshwater seal (nerpa).

Baikal also has enormous cultural significance for people of several faiths, including Buddhism and Shamanism, who live around its shores.

But environmentalists are warning this fragile paradise, named a UNESCO World Heritage Site in 1996, is under threat with its clear waters warming much faster than the global average, with as yet unknown long-term effects on its ecology.

The average temperature of the lake increased by 1.2C between 1946 and 2004 which has had dramatic effects on the ecosystem.

It faces the added danger of a huge dam on its principal tributary, Mongolia's Selenge River.

And in recent months forests surrounding the lake have been devastated by fires, which ecologists say are linked to climate change as droughts and heatwaves become more frequent.

Scientists fear the proposed construction of the Shuren Dam in Mongolia and an associated pipeline would do further damage. They say it would further decrease the already record low water level of Baikal and irretrievably damage the Selenga delta - a vital spawning and feeding area for the lake's fish and birdlife.

An interdisplinary group of academics from universities in the UK, USA and Russia, led by the University of York, visited Lake Baikal in July and August 2015 as part of a three-year project, funded by a Leverhulme International Network grant, to explore Russia's environmental history and natural resources.

"In recent months, including during our visit, devastating forest fires have swept through the area. Despite its world heritage status a new threat looms in the form of a giant dam in Mongolia. We need to act now to preserve this precious environment."

As part of their itinerary, the group visited the Barguzin scientific nature reserve, which was established in 1916 to protect the valuable sable population on the northeast shores of the lake. The scientists at the reserve and elsewhere in Russia have a strong commitment to protecting Baikal's unique ecosystem.

Professor David Moon, the lead investigator from York's History Department, said: "By bringing together colleagues from several countries and a range of disciplines that span the humanities, social and natural sciences, the project aims to present a more balanced view of Russia's environmental history and conservation than the predominately negative stereotype that is commonly perceived in the West."