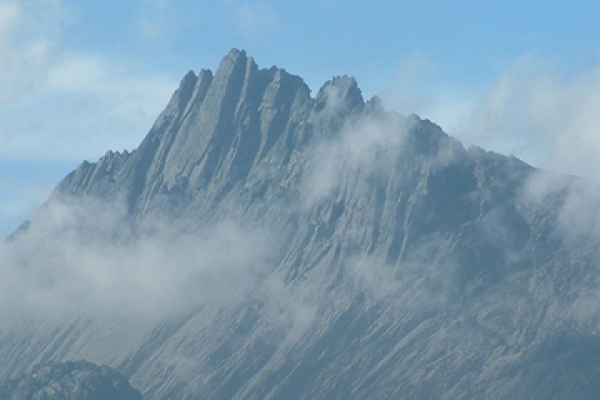 Besides its multiple names, the mountain has also had a bit of controversy regarding its continent designation, but that is primarily a political rather than geographical dispute. The Dutch ceded control of the area in 1962 to Indonesia, and the area remains politically unstable. Carstensz Pyramid is within the borders of Indonesia, which is on the Asian continent. The mountain is located in the western half of the island of New Guinea, in the Indonesian province of Papua. Most experts consider the island to be part of the Oceania continent, which also includes Polynesia, Melanesia, Micronesia, New Zealand and Australia.

How did Carstensz Pyramid get its name?

Carstensz Pyramid is named for John Carstensz, a Dutch seaman and explorer who, along with his crew, were the first Europeans to see the mountain. When he returned to Holland in 1623, people didn't believe his description of a snowy mountain near the equator.

Where is Carstensz Pyramid?

It is in the western central highlands of Papua and part of the mountain range known as the Sudirman Range or the Dugunduguoo, about 55 miles (86 kilometers) from the island's southern shore. The mountain, which is composed of middle Miocene limestone, was formed by a collision between the Australian and Pacific plates. [Related: What is Plate Tectonics?]

Carstensz Pyramid is close to the world's largest goldmine in Grasberg, making it a highly protected area.

Glaciers and snow, even on such a high mountain, is an odd sight near the equator. While there are no glaciers on Carstensz Pyramid’s peak, there are several on its slopes, including the Carstensz Glacier, the Meren Glacier and Northwall Firn.

Daytime temperatures can vary from 53 F (12 C) to 98 F (37 C) and can go as low as 18 F (-8 C) at night.Because of its proximity to the equator, there is little variation in the mean temperature during the year, and there is not much seasonal fluctuation in the glaciers. Satellite images show that most of the glaciers are retreating rapidly and some have disappeared altogether the last 20 years.

The mountain has seven faces, and climbers can take a number of routes to summit Carstensz Pyramid. Harrer or Normal Route is the usual route up the mountain. Its ascent and descent usually takes 12 to 15 hours, so climbers have to start out early.  The other two routes are the East Ridge, a long scrambling route, and the American Direct, which is a long steep climb directly up the North Face.

It is best climbed from April to November. Reaching the base of the mountain is a major challenge in itself, as climbers have to make their way through the tropical jungle of West Papua. Due to its remoteness, combined with government red tape, nearly constant tribal wars and political instability in the region, it is one of the less frequented Seven Summits.

1936: The Royal Netherlands Geographical Society sponsored a group of climbers led by amateur mountaineer Antonie Hendrikus Colijnto climb the highest peak. They ended up climbing nearby Ngga Pulu, which was considered the highest at the time.

1962: Austrian climber Heinrich Harrer and his team, which included Russell Kippax and Albert Huizenga, were the first to summit. He came back the following year to climb Ngga Pulu but was stopped. He became a friend of the Dalai Lama, and their relationship is depicted in the movie “Seven Years in Tibet.”

1995 – 2005: Carstensz Pyramid was closed to climbers as the government stopped granting permits to climb the mountain.