More than 1,000 species have been moved due to human impact 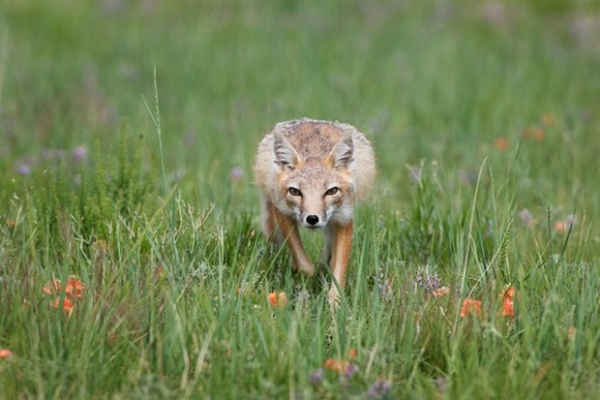 More than 1,000 species have had to be relocated because of climate change, poaching and humans taking their habitat, according to a top conservationist.

Dr Axel Moehrenschlager said cases of “translocation”, such as India’s plan torelocate tigers to Cambodia or South Africa’s scheme to airlift rhinos to Australia, have increased exponentially in recent decades and will become more common due to human pressures driving species closer to extinction.

Translocation is the practice of intentionally moving plants and animals from one area and releasing them in another to improve their survival chances and combat biodiversity loss.

It is usually considered a “last resort” method, butconservationists warn that intensive and sometimes controversial forms of intervention may now be needed.

“Species are under increasing threat around the world, but the science is maturing about how to bring them back,” said Moehrenschlager, director of conservation and science at the Calgary zoo and chair of the International Union forConservation of Nature (IUCN) reintroduction specialist group.

“This is not a new tool - it’s gone on for more than 100 years - but it’s definitely escalating in terms of frequency and geographical spread, not just for an individual species but for entire ecosystems.”

Traditional conservation has focused on maintaining species in protected areas, but Moehrenschlager said this approach would no longer be relevant as temperatures rise and species are unable to exist in their native range.

“The impact that people have on the planet is ever-increasing,” he said. “The times when we could simply hope that we could set areas aside for species are increasingly disappearing. We are in a situation of emerging threats due to climate change that we need to more actively manage species otherwise we will lose them.”

The most recent assessment from the UN’s climate change body warned in 2014 that global warming was causing “widespread and consequential” harm to animals and plants, many of which had moved their range, changed numbers or shifted their seasonal activities as a result of warmer temperatures.

In 2013, an IUCN report found that 6-9% of endangered bird species, 11-15% of amphibians and 6-9% of corals were considered highly vulnerable to climate change and would be threatened with a greater risk of extinction if current climate trends continued.

Moehrenschlager, who will deliver a lecture on the topic on Wednesday night at the St Andrews prize for the environment ceremony in Scotland, reached the figure of an estimated 1,300 translocations from his work on two papers due to be published this month and case studies from the IUCN.

The German-born scientist has worked for 25 years in conservation and is based at Calgary zoo, one of the world’s leading zoos for conservation research. His work on swift foxes, once Canada’s most endangered carnivore, was so successful that its conservation status was “downgraded” in 2012 from endangered to threatened - a rare occurrence.

Moehrenschlager said it was impossible to pinpoint which the 1,000th species would have been as so many projects were ongoing, but that the first known translocation would have been attempts to reintroduce the bison to the US in the early 1900s.

Translocation is considered controversial by some scientists because of the risk that relocated species could overpopulate a new area and cause local organisms to become extinct.

The obvious benefit is saving a species from extinction, but this must be balanced against any risks, Moehrenschlager said. Animals or plants could die or suffer excessive stress during relocation, and the impact of animals within an ecosystem receiving the new species must also be considered. There are also socioeconomic implications, if a relocated species were to cause damage to land or pose a threat to humans.

“To me this is not controversial as long as the correct process is followed. Success is not guaranteed, but the alternative of not acting is guaranteed - and that is extinction. We have to remember the reason this is done is primarily because one is trying to avoid extinction, but also because one isn’t able to restore species within their indigenous range because the threats in those zones are so pervasive and can’t be avoided.”

The IUCN released 2013 guidelines on conservation translocations, which Moehrenschlager helped to draft. At the moment, there is no formal worldwide regulation or enforcement. “We encourage a very close planning process that looks at the goals, with evaluation of potential benefits and risks,” he said.

The process can mean reinforcing and reintroducing a species within its range - the area it is traditionally found - for example, grey wolves in Yellowstone national park in the US - or introducing a species outside its native range to boost numbers or replace a function in an ecosystem that has been lost through extinction.

Perhaps an underestimated benefit of the method was hope, he said. “In the space where nature is under increasing threat, restoration of species through conservation translocation can motivate us that the recovery of species is possible and that conservation truly can work.”

Californian condor – in 1982 only 23 birds survived. In 1987 all wild condors were placed in captive breeding programmes. Since 1992, when they were re-released into the wild, the population has grown to 410 birds.

Groups of golden lion tamarins in Brazil were moved from small threatened forests to larger uninhabited and protected forests as logging, agriculture and industry encroached on their habitat.

The Arabian oryx became extinct in the wild in 1972. Reintroductions from captive breeding herds have taken place in Oman, Saudi Arabia, Israel, the United Arab Emirates, and Jordan, and its conservation status has been upgraded to “endangered”.

The Vancouver Island marmot is endemic to one island in Canada. In 2004 it was down to less than 40 individuals in the wild. There was a real risk of extinction in the wild by 2010 - the same year that it was the symbol of the Winter Olympics. Now numbers have reached 350.

Swift foxes had been lost from Canada since 1938 due to habitat loss and hunting but were reintroduced in 1983. Their conservation status is now of “least concern”.

Short-haired bumblebee - Declared extinct in the UK in 2000 as wildflower-rich grassland was lost to intensively farmed land. After a failed attempt to reintroduce bees from New Zealand, queens from Sweden nested and bred successfully in 2013.

European mink were taken to two Estonian islands free from the threat of their predatory competitor, the American mink.

Corals in India that had become locally extinct due to reef degradations were reintroduced to the Gulf of Kutch and grown on artificial reefs. Known as assisted colonisation.

The Aldabra giant tortoise was introduced to one of the Mauritian islands, which replaced the grazing and seed-dispersal roles of the original tortoises that had become extinct. This is known as ecological replacement translocation.